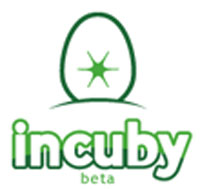 San Antonio, Texas based Incuby is aiming to build a community where inventors can display their inventions to the general public, entrepreneurs and investors.

In developing the site, the team behind Incuby have toured the United States meeting with different inventor groups. They found that inventors are tired of the high costs associated with travelling and presenting at trade shows and are ready for “a place of their own on the web”.

The site is still in development and will move to a closed beta test in the coming weeks with a broad number of inventors already signed up to test the site.

The focus is creating an environment where inventors can coexist and communicate online with each other, while presenting their innovations. Through ecommerce enabled profiles, each inventor will be able to manage their product’s sales while adhering to a customer feedback system that is similar to eBay.

Shopping inventions does share similarities with the financing and development path of Web 2.0 startups. In truth the only real differences are tangible vs intangible IP and that tangible invention patents and trademarks prevent the same ideas being copied over and over again like they are in Web 2.0, for example with social bookmarking sites and Digg clones.

Sometimes it’s the simplest ideas that work best. Incuby is a simple yet solid idea that has the potential of going far. If I was an inventor myself, I’d be signing up as soon as it launched. 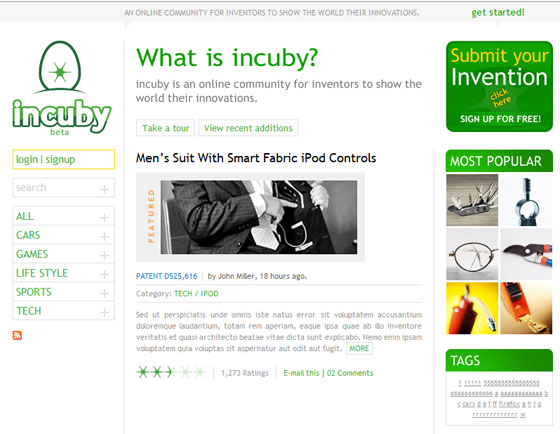