Disney has joined the ever growing list social networking destinations with the launch of Disney Xtreme Digital, targeted directly at Disney’s core market of pre-teens.

The new service, said perhaps lazily by some outlets as being a MySpace clone, comes complete with user generated profile pages that leverage the wealth of Disney’s pre-teen friendly content in terms of allowing customization, as well as offering the standard competitions, video, music, games and networking features. Naturally Disney has also included strong parental controls, that include the ability to limit access access to the various features on the site, including chat.

The service currently opens in beta, with users restricted to the United States only.

The pre-teen marketplace has been ignored to date by most existing social networking sites, the litany of potential, and actual legal issues regarding children under 14 keeping many away. For that very reason though, it’s an online demographic that lacks a lot of serious competition, and holds a wealth of potential for Disney in further expanding the Disney brand online.

From a parents perspective though, I couldn’t help but think that the entire service was nothing more than a constant stream of advertisements for Disney movies and related products. Parents who worry about their children being exposed to marketing messages are not going to like Disney XD. 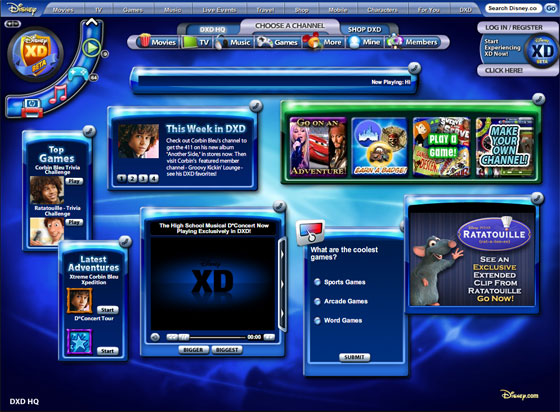