What’s the first thing you buy yourself after announcing a $25 million Series B? A brand new office space, of course. Fetch was still mid-move when we arrived at the robotics startup’s brand new spacious digs in San Jose.

Fetch was founded in 2014 by alumni from Willow Garage, a Menlo Park-based robotics hardware company that closed its doors the same year. In its earliest days, the company helped fund its work with the Fetch Mobile Manipulator and Freight Mobile Robots, low-cost research robots sold to universities, designed to carry on the work of Willow Garage’s once-ubiquitous PR2.

But warehouse logistics have long been Fetch’s true focus. “When we started it about four years ago, it was based on some of the work of Willow Garage,” CEO Melonee Wise tells TechCrunch. “We spent a lot of time looking at where the market was going. Manufacturing and warehouse looked like a pretty tractable problem from a robotics perspective.” 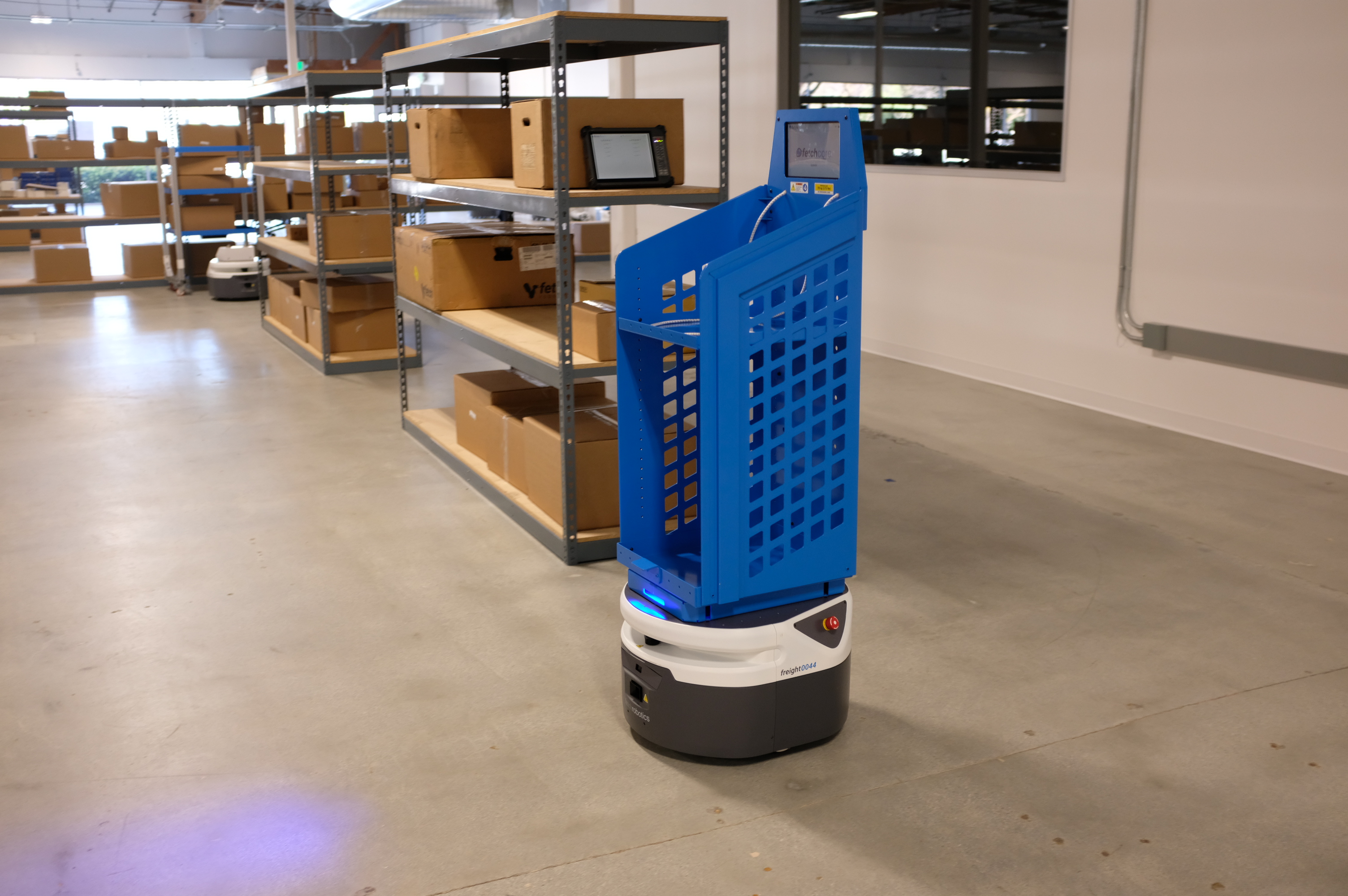 Fetch’s solution is a series of round, modular hardware platforms — autonomous circles with wheels that look a fair bit like oversized Roomba. The systems have on-board intelligence systems, designed to navigate around what roboticists refer to as a “semi-structured environment,” all while avoiding obstacles and their human and robotic co-workers. A few “dropped” boxes of old Fruit Roll-Ups and random warehouse goods are scattered around the space, for good measure.

The system is combined with a proprietary cloud control platform and a graphic-based interface designed to let non-roboticists deploy the system in a number of hours. The key to the system’s flexibility is a number of modules that sit atop the platforms, including an RFID module for locating inventory and a fixed shelf.

Two new additions announced this month also bring a conveyor belt transfer system and an add-on that can pick up and move shelves. Wise says the company is also moving toward building a system capable of picking and placing objects — a kind of Holy Grail in the world of warehouse robotics. 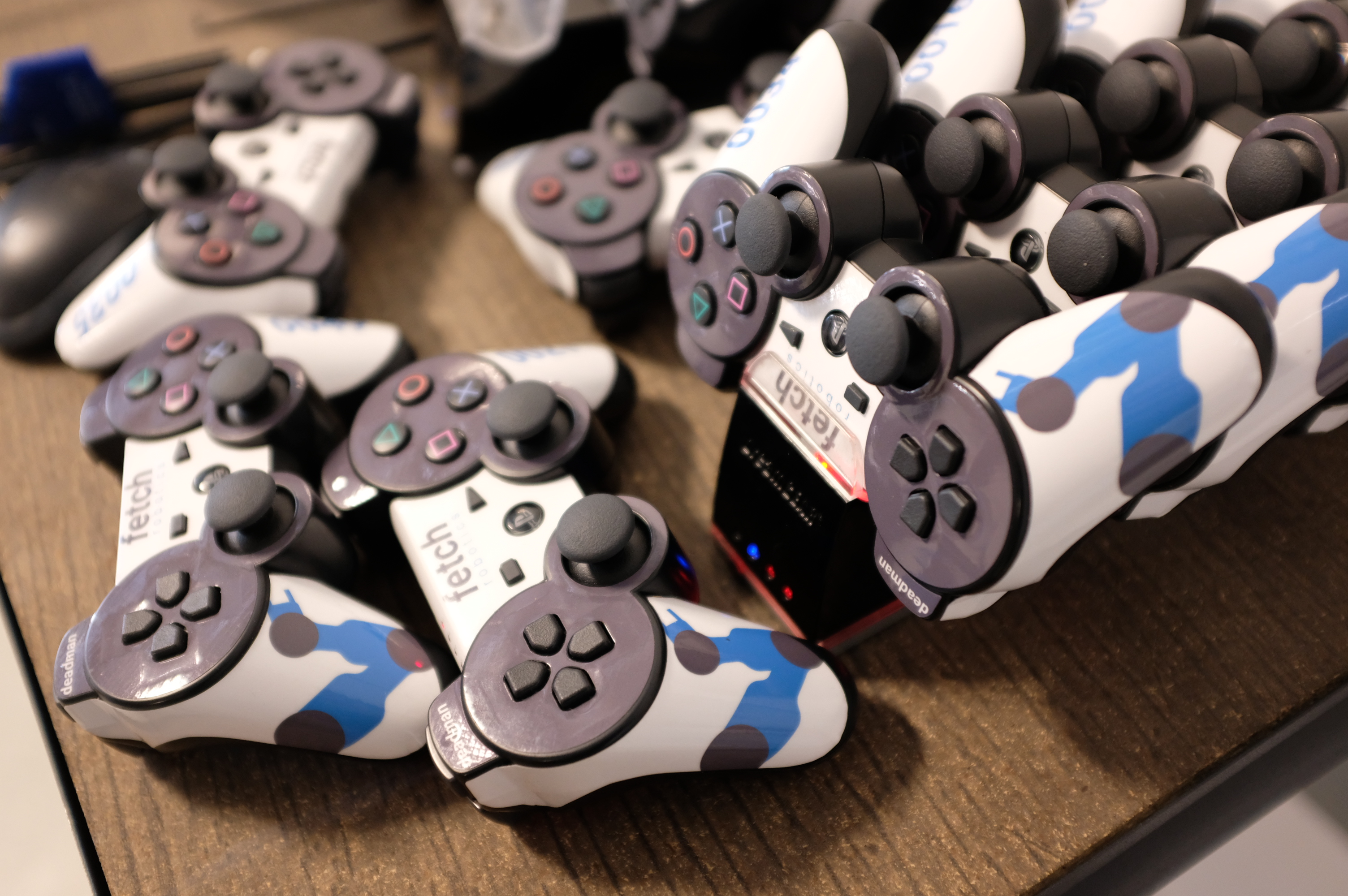 Of course, the more intelligent and diversified Fetch’s hardware and software becomes, the more potential the system has to replace its human counterparts. But Wise, like many in industrial automation, contends that the robots will ultimately fill jobs that companies are already having a difficult time filling. After all, the demands of online retail have put a strain on the shipping industry — which is precisely why companies like DHL have already begun deploying Fetch robots.

“There’s a lot of noise right now around robots and jobs, but if you look at our specific industry, there’s actually a huge labor shortage,” says Wise. Amazon Prime has really ratcheted up the market ferocity as far as getting product to people very fast, and that has a lot of implications, as far as how much labor you need.”

Melonee Wise will be appearing at TC Sessions: Robotics May 11 on the UC Berkeley Campus.