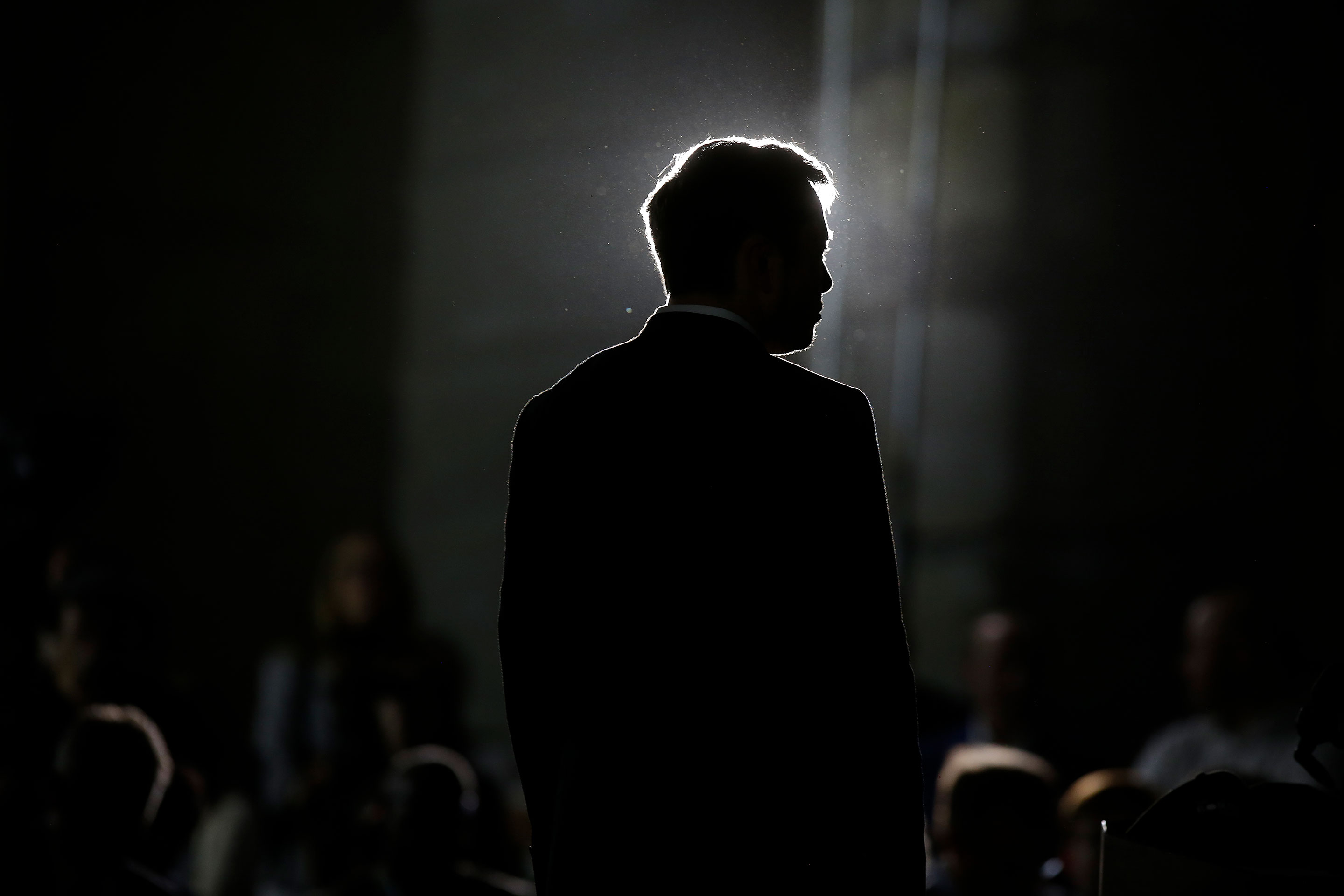 The Securities and Exchange Commission has charged Tesla CEO Elon Musk with fraud almost two months after he tweeted that he had “funding secured” for a private takeover of the company at $420 per share. The filing from the Southern District of New York identifies the tweets as “false as misleading.”

The securities fraud complaint filed by the U.S. Securities and Exchange Commission against Tesla CEO Elon Musk contains an eye-opening view into the events leading up to the “funding secured” tweet heard round the internet.

And luckily, TechCrunch has read through the document and highlighted the most compelling details, including new insights from the SEC’s investigation.

But first, the nuts and bolts: The SEC filed a complaint Thursday in federal district court alleging that Musk lied when he tweeted on August 7 that he had “funding secured” for a private takeover of the company at $420 per share. Federal securities regulators reportedly served Tesla with a subpoena just a week after the tweet. Investigations can take years before any action is taken, if at all.

In this case, the investigation, which regulators say is continuing, progressed to a complaint within six weeks.

2/2 . . . An officer’s celebrity status or reputation as a technological innovator does not give license to take those responsibilities lightly.” https://t.co/QNyLO8OI2G

The SEC alleges that Musk violated anti-fraud provisions of the federal securities laws. The commission has asked the court to fine Musk and bar the billionaire entrepreneur from serving as an officer or director of a public company. That’s a big deal, and one Musk will certainly fight.

In a statement sent to TechCrunch, Musk described fraud charges an “unjustified action” that has left him “deeply saddened and disappointed.”

Here are some of the key takeaways and nuggets pulled from the complaint, which includes details of the SEC’s investigation:

The fund’s interest in Tesla

Musk met with representatives of a sovereign investment fund (Saudi Arabia’s sovereign wealth fund) three or four times beginning in January 2017. There was never a formal agreement, but the fund did express a “verbal desire” to make a big investment in Tesla and establish a production facility in the Middle East, according to the complaint.

After months without contact, Musk met with the fund’s lead representative on July 31. This is when he learns the fund has acquired almost 5 percent of Tesla’s common stock.

According to the complaint, the representative expresses interest in taking Tesla private and asks about establishing a production facility in the Middle East. Musk said he was open to the idea, but did not make a commitment.

The representative did tell Musk that as long as the terms were “reasonable,” the fund would be fine with them. However, the pair never discussed specific deal terms during the meeting or talked about what would or would not be “reasonable.” Nothing was exchanged in writing, and there was no discussion of confidentiality, according to the complaint.

Musk did not communicate with representatives of the fund again about a going-private transaction until August 10, three days after his August 7 statements, the complaint states.

Some have speculated that Musk’s August 7 tweet was just a silly impulse, particularly because the proposed shared price was a reference to marijuana. But regulators show in the complaint that Musk was talking to the board about an offer to take Tesla private as early as August 2 when he sent to Tesla’s board of directors, chief financial officer and general counsel an email with the subject, “Offer to Take Tesla Private at $420.”

The email laid out his reasons for wanting to take Tesla private, including that being public “[s]ubjects Tesla to constant defamatory attacks by the short-selling community, resulting in great harm to our valuable brand,” according to the complaint.

According to the complaint, Musk calculated the $420 price per share based on a 20 percent premium over that day’s closing share price because he thought 20 percent was a “standard premium” in going-private transactions.

This calculation resulted in a price of $419. Musk stated that he rounded the price up to $420 because he had recently learned about the number’s significance in marijuana culture and thought his girlfriend “would find it funny, which admittedly is not a great reason to pick a price,” according to the complaint.

Musk’s August 7 tweet indicated that funding had been secured. The complaint lays out a much different account.

Musk thought that there was “a lot of uncertainty” regarding a potential going-private transaction at the time of his August 2 email to Tesla’s board, “but it was worth investigating,” according to the complaint.

He believed at the time that the likelihood of consummation of a transaction was about 50 percent, the complaint says.

Musk had a call with the board on August 3, the day after he sent the email. He told the board he wanted to contact existing shareholders to assess their interest in participating in a going-private transaction, the complaint said.

The board authorized him to contact certain investors and report back on those conversations.

Musk never spoke to any shareholders. He had a conversation with a private equity fund representative about the process, according to the complaint. But he didn’t contact any additional potential strategic investors to assess their interest.

Four days after the call he sent the tweet.

During his conversation with a private equity fund partner, who had previous experience with such transactions, Musk said the number of Tesla shareholders needed to be below 300, according to the complaint.

The private equity fund partner said the transaction structure that Musk was contemplating was “unprecedented” in his experience, according to the complaint.

Musk’s August 7 tweet triggered a maelstrom of calls, emails and texts from the board, executive staff, analysts and press. Confusion was the theme early on.

In one example, Tesla’s head of investor relations, Martin Viecha, sent a text to Musk’s chief of staff (Sam Teller) about 12 minutes after the initial tweet asking “Was this text legit?”

Teller and Viecha would receive more communications from press and shareholders. One reporter emailed Musk asking “Are you just messing around?” The reporter wrote, “Reaching out to see what’s going on with your tweets about taking the company private? Is this just a 420 joke gone awry?”

Tesla CEO Elon Musk described fraud charges filed Thursday by the U.S. Securities and Exchange Commission an “unjustified action” that has left him “deeply saddened and disappointed” in a statement sent to TechCrunch.

The SEC alleges in a complaint filed against the CEO that Musk lied when he tweeted on August 7 that he had “funding secured” for a takeover of the company at $420 per share. The SEC complaint, filed in federal district court in the Southern District of New York, identified the tweets as “false and misleading.”

“This unjustified action by the SEC leaves me deeply saddened and disappointed. I have always taken action in the best interests of truth, transparency and investors. Integrity is the most important value in my life and the facts will show I never compromised this in any way.”

In August, Musk sent a tweet that he had secured funding and was considering taking Tesla private. The tweet wasn’t warmly embraced by the Tesla board or many shareholders and it’s what prompted the SEC to investigate.

Musk’s tweets caused Tesla’s stock price to jump by more than 6 percent on August 7, and led to significant market disruption, according to the SEC’s complaint. The SEC alleges that Musk violated antifraud provisions of the federal securities laws, and is seeking a permanent injunction, disgorgement and civil penalties. The commission also wants to bar the billionaire entrepreneur from serving as an officer or director of a public company.

The securities fraud complaint caused shares to plummet more than 13% in after-hours trading.

Several weeks later the company posted a blog announcing that Tesla will remain a public company.

The SEC’s investigation is continuing, according to the organization.

Update: There’s a live stream of the SEC press conference detailing the complaint:

The Securities and Exchange Commission lodged a complaint today against Elon Musk following tweets sent last month by the CEO involving a planned private takeover of the electric car company at $420 a share.

The filing from the Southern District of New York identifies the tweets as “false and misleading,” adding:

Musk’s statements, disseminated via Twitter, falsely indicated that, should he so choose, it was virtually certain that he could take Tesla private at a purchase price that reflected a substantial premium over Tesla stock’s then-current share price, that funding for this multi-billion dollar transaction had been secured, and that the only contingency was a shareholder vote. In truth and in fact, Musk had not even discussed, much less confirmed, key deal terms, including price, with any potential funding source.

Musk responded to the complaint, calling it an “unjustified action.” The company’s stock price just took a massive dip on the news.

The SEC alleges in a complaint filed against the CEO that Musk lied when he tweeted on August 7 that he had “funding secured” for a private takeover of the company at $420 per share. The SEC complaint, filed in federal district court in the Southern District of New York, said the tweets were “false and misleading.”

The SEC, which said the tweets led to “significant market disruption,” is seeking civil penalties without noting an amount and to bar Musk from serving as an officer or director of a public company.

In August, Musk sent a tweet that he had secured funding and was considering taking Tesla private. The tweet wasn’t warmly embraced by the Tesla board or many shareholders and it’s what prompted the SEC to investigate.

Several weeks later the company posted a blog announcing that Tesla will remain a public company.