You only have to look at the automotive products and innovations unveiled at CES 2022 to see that the autonomous future will soon be a reality. This is good news for road safety, the independence of all people, and the environment.

But delivering this future in line with the visions of the world’s great thinkers and visionaries is a problem many companies continue to wrestle with. There are still many challenges to overcome before driverless vehicles become widely available.

For those capable of bringing these vehicles to customers, the prize is the lion’s share of the $2 trillion autonomous vehicle market that’s predicted by 2030. And there have already been some small successes to suggest that we may be close to finding a winner…

In 2020, at least one company started delivering food to customers entirely through self-driving cars. Acting as a kind of restaurant on wheels, customers make a selection via screens and pay via a QR code. Their food is revealed after payment with no one inside the vehicle handling the preparation.

This may seem like a one-off, but the reality is that companies across the globe are already experimenting with driverless technology. Autonomous taxi and ride-sharing services are particularly interested; companies are developing driverless fleets in the US and China.

Retailers have used autonomous vehicles for some time too. The pandemic acted as a catalyst in this regard, with the sheer demand on online services. What’s known as ‘last mile’ delivery has now become an important part of the brand experience. One company reports over 1.6 million deliveries through automated technology. In some cases, vehicles operate almost entirely autonomously, but also delegate to control centers if they run into difficulty.

While it’s exciting to see these innovations come in thick and fast, there are still considerable drawbacks to full autonomous driving, perhaps most notably that they can’t respond to all driving situations. The general public therefore remains skeptical about its safety. And that’s where another innovation comes in from Wejo Group Ltd. (NASDAQ:WEJO) in the form of the Wejo Neural Edge platform.

Harnessing the latest tools and technology, Wejo, the UK-based tech unicorn, has launched a project to create software that addresses some of the key obstacles OEMs face when developing self-driving vehicles. And they aren’t alone. The group has already announced collaborations with the likes of the Japanese insurance giant Sompo Holdings as well as after-sales parts manufacturer Hella Gutmann.

By working with these leaders of industry, Wejo intends to provide key support to the autonomous revolution, along with improved electric vehicle infrastructure and better road safety. How? By collecting and collating trillions of data points from vehicles around the world. This level of insight allows them to visualize roads with lane-level accuracy.

Speaking in 2021, CEO Richard Barlow claimed that Wejo can ‘see’ cities all across the country, including California, New York and Detroit. Sompo Holdings has extended that reach to Japan, as well as the broader Asia-Pacific area. Simply put, Wejo can view the way the world moves and realistically make suggestions on how to make it easier to do so.

This is where Wejo’s relationship with autonomous vehicles is so significant. Knowing which roads are the most typically congested, where the most collisions occur, and how high emissions are in any city can help government and transportation planners prioritize and improve infrastructure. But it could also offer OEMs a chance to bridge the gap between where autonomous vehicles are today and where they need to be.

How Wejo Neural Edge aims to accelerate the autonomous future 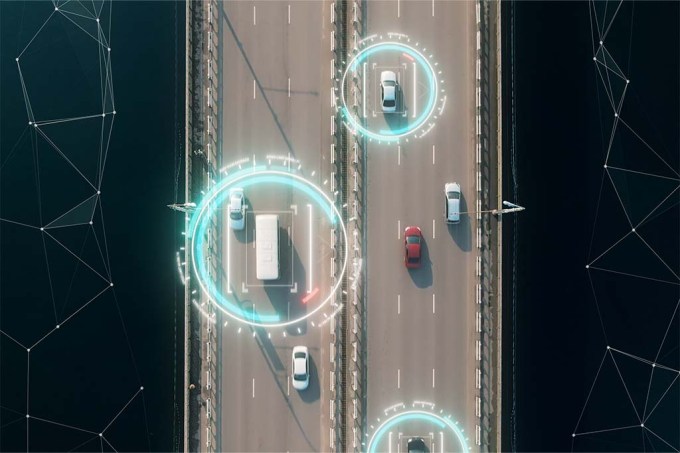 Autonomous vehicles need instant data feedback, as well as an untethered ability to communicate vehicle to vehicle (V2V) and vehicle to infrastructure (V2I). Wejo Neural Edge will provide a key building block for cars to not only communicate with one another but also receive updates from traffic signs, infrastructure and other transportation. This will provide information to cars so they can react to situations on the road, as and when they occur.

This communication comes with a whole host of end-user benefits. Take parking lots, for example – if a vehicle was able to locate available spaces in a city, the driver would spend less time searching for parking and his or her journey time would be minimized. The same is true of electric vehicle charging points. A driver would even be able to navigate around traffic jams.

The trouble for manufacturers is that enabling this level of real-time communication will entail an enormous cost in terms of data storage, as well as delays between information being sent back and forth. With Wejo Neural Edge, both costs and latency can be significantly reduced through the software’s ability to intelligently choose and prioritize the data that’s sent from the car to the cloud. Thanks to edge computing, only essential information is being sent back to OEMs.

In fact, Wejo’s approach is to reduce the amount of information sent between cars and the cloud entirely. Machine learning can be used to reconstruct 100% of vehicle journeys with just 20% of the raw insights. This doesn’t impact the integrity of the data and still will deliver OEMs with an accurate report of all event data. Manufacturers will therefore improve products while reducing their reliance on storage units and their power consumption — adding an extra environmental benefit.

Lastly, Wejo Neural Edge embraces digital twin technology, which will allow Wejo to fully recreate the vehicle in digital environments. This is a use case for the metaverse – where people can see real-time travel in a copy of a city, where manufacturers can test and improve their products, and where end-users can even hire mechanics to perform health checks without needing to physically see the car.

The AV future, thanks to Wejo

With its unique data offering and Wejo Neural Edge platform, Wejo poses a solution to the many obstacles delaying AV adoption. Wejo hopes its technology will increase the rate with which OEMs are able to bring driverless cars to mass market.