Salesforce will soon launch an offering called Data Studio, to facilitate the buying and selling of audience analytics from a growing universe of data vendors. Toys R Us, as it looks to breathe new life into a highly competitive business, is opening a new channel where customers can discover a vast array of outside sellers and new merchandise. Indiegogo, the popular niche bazaar of custom-made goods, is now inviting small investors to join its community to back prospective hit inventions and other products. The list goes on.

The common thread in all these new ventures? They’re all players in an increasingly central structure of the digital economy—marketplace platforms. These are not just a cluster of new mobile apps and websites; at their core, they are complex new business models that help expand brands into networks, from linear businesses into holistic constellations of new buyers and sellers. While companies such as Amazon, Facebook, Google, eBay, and Uber introduced and evolved the concept over the last decade or so, thousands of other brands are discovering just how big the long-tail opportunity is with marketplace-based models.

According to Forrester Research, marketplaces handled nearly half of all online consumer spending in 2016. Within five years, that figure is expected to grow to nearly two-thirds.  Just three consumer marketplace giants— Amazon, eBay and Alibaba—accounted for $365 billion in sales in 2016. And now the same concept is gaining traction in the larger B2B world: Forrester also estimates that B2B ecommerce in the United States will hit $1.1 trillion by 2020 and account for 12% of all B2B sales. Small wonder, then, why the majority of billion-dollar “unicorn” startups today—not just in the U.S. but internationally—are marketplace-based ventures. On the consumer side, the shift toward platforms is already changing behavior: nearly one-third of online shoppers search a marketplace first before targeting a specific merchant or retailer. 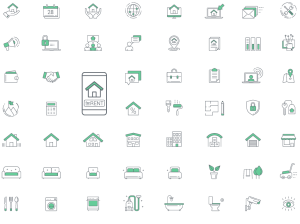 The lifeblood of all these emerging and growing marketplaces and the critical engine of this growing trend are billions and billions of transactions—each of them instant, seamless, secure, and performed with the utmost simplicity against the massive digital complexity happening behind the scenes. That is why payment providers such as Paysafe, a leading global provider of payment solutions for software and marketplace platforms, are working to enable a more seamless payment experience between marketplaces, sellers and buyers.

Transactions work differently in two common types of platforms —software platforms (such as Rentmoola) and marketplace platforms. While both share many similarities, the biggest difference is the flow of funds. In a software platform, the money flows through individual users or merchants, and a service fee can be split out of the transactions and settled into the platform’s account. These individual merchants assume the risk and responsibility that comes with processing transactions. With marketplace platforms—Uber, for example—the money flows through the platform, then it’s split between independent sellers or service providers. The marketplace, consequently, is not only the brand consumers interact with, it must bear all the responsibility of flawless transactions.

That’s no easy task. In marketplaces with split payouts, for example, platforms must instantly enable and automate merchant payouts across dozens of currencies and accounts. They also must offer airtight security—and make that loud and clear to end users. According to a recent Paysafe survey of respondents across the US, UK and Canada, the biggest barrier to faster adoption of contactless payment remains security—with 63%, 68% and 64% respectively concurring.

Unlike many other payment providers, Paysafe’s Turnkey solution solves those challenges—providing frictionless and near real-time onboarding capabilities for both software and two-sided marketplace platforms, and global reach via localized payment methods and currencies. It also offers split payout and multi-party settlement functionalities, allowing local and international growth and increased conversions through over 100 local currencies and a large portfolio of alternative payment methods relevant to businesses across North America, Europe and Australia. Says Patrick Postrehovsky, co-founder and CEO of RentMoola: “Having a single provider support our payment needs in Canada, U.S. and Europe has been a tremendous benefit and contributed to our successful international growth.”

Whatever the solution, it is an increasingly important choice for today’s growing marketplaces. As the recent “Lost In Transaction” study by Paysafe noted, “if online shopping was the first wave of change that radically transformed commerce, then the mechanism by which commerce is conducted is likely to be the next wave of innovation that takes hold.”