SimpliSafe explains how this feature can help better protect you and your loved ones.

To say the past year has been dominated by uncertainty would be an understatement. However, one thing is for certain — home is no longer a place where we simply eat and sleep. It is now a place where we work, teach, exercise and relax. As a result, people are prioritizing making their homes a comfortable, desirable and productive place to spend the bulk of their days. Beyond that, people are prioritizing making home a haven — a place where they can trust that their loved ones are protected and taken care of.

It’s one of the reasons why we’re seeing such a dramatic surge in demand for smart home security, and it’s made certain features evermore important, like Video Verification.

What is Video Verification?

Video Verification is an optional feature on SimpliSafe cameras for our Interactive Monitoring customers that ultimately helps them get priority attention from first responders during verified emergencies — whether it’s a break-in, fire or medical emergency. Not only does Video Verification send help when needed, but it ensures the right help is sent, be it the police to address an active burglary or an ambulance for a medical emergency.

How does Video Verification work?

In the event of a triggered alarm event, the privacy shutter on the SimpliCam audibly clicks open and the LED light on the SimpliCam and the Video Doorbell Pro visibly turns on to signal that video recording is in progress.

At this time, our professional monitoring center receives a signal of the alarm event. An operator is then assigned to immediately view the video and audio footage and assess the situation. Once footage has been reviewed, the operator calls the customer to alert them of the alarm and share whatever information was uncovered in the video footage. If the operator believes there is a need for emergency help, or if the customer requests emergency help, the operator then gets in touch with the local authorities to relay the necessary information gleaned from the video footage.

Why does Video Verification matter?

Video Verification helps customers get the exact response they need quickly, helping to save them not only from further damage, but also from danger or worry.

Take this burglary example. Early in the morning, our professional monitoring center received an alert triggered by an open window alarm. The assigned monitoring operator jumped into action and viewed 30 seconds of video footage to see what may have caused the alarm. In the video, the operator saw two intruders clad in black baseball caps and bandanas attempting to steal a TV and a gaming system. In response, the operator called the homeowner, who whispered into the phone that she believed someone was downstairs. The operator calmly confirmed the homeowner’s suspicion and urged her to remain quiet and hidden until the authorities arrived.

Immediately thereafter, the operator called the local authorities and described the emergency situation in detail thanks to the verified video footage. In turn, the police were able to respond to the situation in a timely fashion and were even able to catch the intruders just a few blocks away from the burglarized home based on the physical description provided by the operator.

Video Verification has proved helpful in other ways beyond burglary. Consider this example of a medical emergency. Our professional monitoring center received an alert that a panic button had been pushed. The assigned monitoring operator quickly viewed recent video footage and  saw the elderly homeowner lying beside his bed, unable to move. The operator dialed the homeowner to see if he needed assistance. When the homeowner didn’t pick up, the operator sensed medical attention was needed.  Without any hesitation, the operator called the local authorities and requested that an ambulance be sent to the homeowner’s address, and noted that the fallen homeowner could be found on the second floor in the master bedroom.

By confirming that an alarm is real, Video Verification not only informs authorities of the active event, it also tells them exactly what to expect so they can send the correct response and prioritize the alarm over unverified alarm calls. In fact, some major US cities, like Las Vegas, require confirmation of an actual emergency, such as by a verified video, to dispatch the police at all. In such cities, even if an alarm is triggered, police may not have the capacity to prioritize an alarm and provide necessary assistance unless they are provided with verified confirmation.

Oftentimes, the professional monitoring center operator can prove helpful even outside of emergency situations. If an alarm is triggered accidentally and no emergency is detected, the operator can serve as a source of reassurance, easing the worries of concerned customers that are either unable or too afraid to explore the rooms of their home to see what may have caused the alarm.

Absolutely not. We are focused on protecting our customers’ safety as well as their privacy. That being said, we understand that everyone has different needs and comfort levels. For that reason, we have made Video Verification an opt-in feature. This means that alarm event video footage will only be shared with our monitoring center in an emergency if you’ve actively chosen this option. For customers who don’t want anyone to have access to their video footage, not even in an emergency situation, this option is disabled by default.

That said, for customers who do opt-in to Video Verification, we have safeguards and measures in place to help ensure their privacy is maintained. One such measure is restricting video access. During an alarm event, only the homeowner and the monitoring center personnel are able to view video footage, and even then, the monitoring center is only able to view a 30 second clip starting when the alarm triggered and will only have access to said clip for up to one hour afterwards. 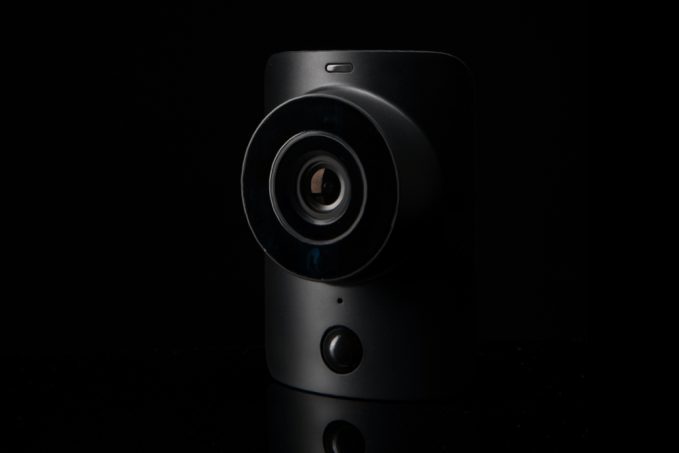 While a lot has changed over the past year, it’s become clear that the safety and protection of our loved ones remains a top priority, and the technology and features that help make us feel secure are more important now than ever before.