Since the first robot vacuum was introduced to the market in 1996, robovacs have been largely plagued by the same problems. But before we go into the issues unique to autonomous vacuuming, the desire to have a little help cleaning your floors dates back quite a bit longer. In 1869, a patent was filed for a “sweeping machine” that was intended for cleaning rugs. Before that, people used brooms, or even more simply, beat their carpets with special carpet beating sticks to dislodge dirt and debris. Nearly 130 years after the Sweeping Machine was introduced, and 95 years after the first motorized vacuum cleaner was created in 1901, robot vacuums were dreamed up.

To create a functional autonomous robot vacuum, it needs to be able to efficiently and safely clean the floor without much human intervention. Some early robot vacuums came with a remote control and required a person to steer. Now robot vacuums are expected to go about the home on their own, expertly navigating around corners, objects, and pets, all while safely avoiding sudden drops like staircases and being able to climb up and down from minor changes in elevation (like going from hardwood to carpet). To achieve this tall order, you need sensors, sensors and more sensors. As technology continues to advance, more complex sensors have emerged to take autonomous robot vacuums to the next level.

The Future of Robot Vacuums Starts With Sensors 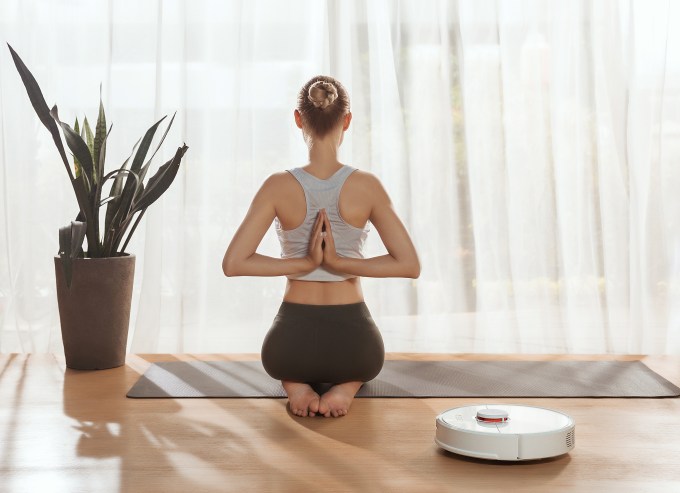 The new Roborock S6 represents the future of autonomous robot vacuums, boasting a total of 14 different sensor types that help it smartly navigate your home for an efficient cleaning experience. The S6 relies on laser navigation to generate a map of your home layout in real-time. It does this by completing five 360-degree scans per second. As the sensors receive and interpret distance information about the surroundings, the S6 plans an ideal cleaning route and begins cleaning. When using the Mi Home app (available for Android and iOS), a visual layout of your home will generate upon the robot’s first successful cleaning run. The layout allows you to divide each section of your home into individual rooms, giving you the freedom to direct the S6 to clean specific rooms. With its adaptive routing algorithm, the S6 also calculates the best path to clean a room based on its shape and size. It cleans wide rooms horizontally and can switch to a lengthways path in long corridors. 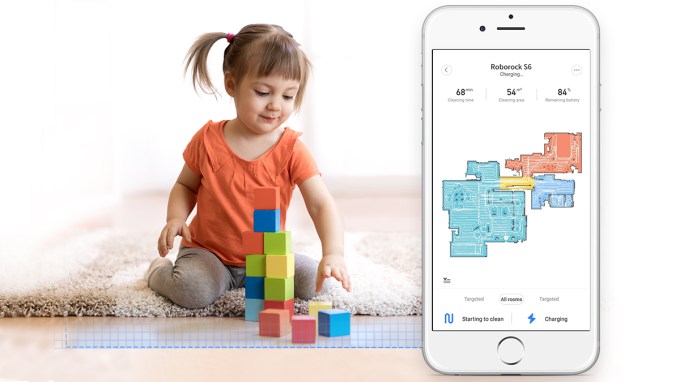 Unlike robot vacuums that rely on visual navigation, the Roborock S6 uses laser navigation to get around. Visual navigation uses onboard cameras to maneuver, but those cameras often fail in low light conditions. Laser navigation means not only being able to operate in complete darkness, but also more precise room mapping. Because of this, the S6 is able to pinpoint its exact location within a space, ensuring a more efficient cleaning process. Combined with the features of the accompanying app, laser navigation capabilities enable the user to create “no-go” zones, or spaces the S6 isn’t allowed to clean within the layout of your home. The S6 remembers where it’s already cleaned during each session, and its progress is trackable via the app.

In addition to its laser navigation sensors, the Roborock S6 uses cliff, bumper, wall (and other) sensors to safely clean your home. Cliff sensors keep the S6 from tumbling down the stairs or falling off a ledge. It has bumper sensors on its top cover that will keep it from going underneath objects that are too close to the ground so it won’t get stuck. The S6’s front bumper sensor allows it to gently bump into objects when necessary, without damaging itself or your furniture. The S6 also uses its sensors to identify and adapt to its surroundings. Along walls, it keeps a distance of 10mm while spinning its side brush at a quicker rate to effectively clean edges. The S6 can detect when it’s cleaning carpet, and will automatically maximize vacuum suction to ensure a deep clean.

If the S6’s batteries run low while it’s cleaning, it will automatically return to the dock, recharge, and resume exactly where it left off. It’s features like this that make it a remarkably convenient and intelligent device. 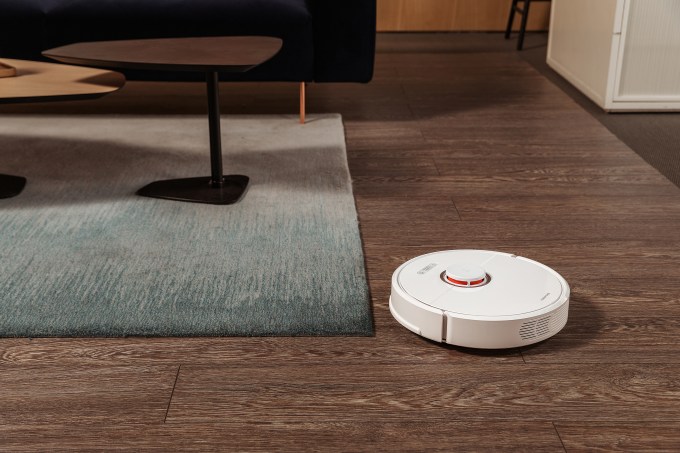 The Roborock S6 is incredibly smart. Through the combination of laser navigation, its total of 14 different sensor types, special features like automatic recharge and resumption and others that can be accessed via the Mi Home app, the S6 is the robot vacuum you never knew you needed.