When a student enters college, it’s safe to say that their whole world changes. For starters, there is a sense of profound freedom and independence from parents. They are on their own (and many for the first time). This freedom heavily influences future purchasing decisions, and how they prioritize and spend their time outside of the classroom (and sometimes in it!).

Refuel Agency’s College Explorer, now in its 19th year, is a research study devoted to this highly influential demographic. Every year we uncover fascinating new findings that reflect changing dynamics and influences that impact behavioral choices. 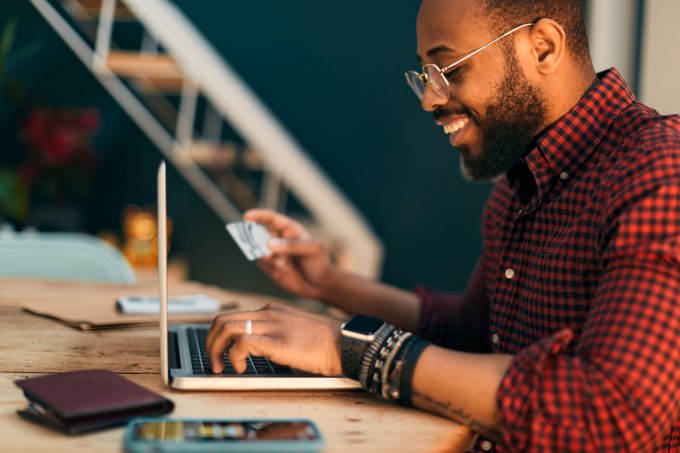 Let’s start with their shopping habits. According to College Explorer™, College students shop online frequently—about once a week or 4.1 times per month. The majority of their online shopping is for tech devices such as smartphones, laptops, tablets, and gaming consoles. Furthermore, about a third of college students are buying their clothes or school supplies online as well. In fact, online clothes shopping is up by a whopping 42% from last year. But this trend continues in other areas as well. Take grocery shopping for example. A quarter of students buy their groceries online—a year to year increase of +70%. Online food delivery is also big among students, with 82% taking advantage. They are also frequent users of these delivery services, with over half ordering at least once per week.

The days of going to a student’s college bookstore to buy textbooks are pretty much over. 2 in 5 students now buy their textbooks online and almost a third of students are either buying or renting digital textbooks. While online shopping for textbooks has been consistent over the years, textbook shopping at brick & mortar stores has been declining (-34% compared to 5 years ago).

If you are an app developer, it would be wise to advertise to college students for faster adoption and overall awareness. They are quick to download new apps and integrate them into their daily digital usage. What are their current new faves?  IMVU, a social networking app that lets users create 3D alter-egos and use them to communicate online, tops the list. Not far behind is, Design Home, a highly addicting video game app that lets users design their own home—essentially an interior design game with a stunning 3D display. VeryDice, is another new app that has caught on among the college crowd. It’s a relatively simple game where you roll the dice, collect tickets and redeem these tickets for prizes like electronics. Avakin Life is another social networking app that is finding its way onto student devices.  It offers a 3D virtual world where users create their own personalized avatar and “star” in their own story.

College students are trying new apps that are free with great content that add utility to their lives. And yes, the key word is free. What are the top factors that influence college students to download and use an app? Students cite an app being free to download as the number one factor at 66%. Quality, at 37%, comes in second, and rounding out the top three is utility at 33%.

Students get their news mainly from digital sources

While the general population’s top news sources are broadcast TV and traditional news websites, college students mainly get their news from mobile news apps, like Google News and Apple News and digital media publishers (i.e. BuzzFeed, Mashable, etc.). Surprised? You shouldn’t be. College students are attached to their smartphones during their waking hours—spending 5.5 hours more on their phones than average Americans (or 16.6 hours total per day).They are also spending more time on streaming and social media apps and sites; this is especially true for sites like YouTube, Twitter, and Snapchat.

Social media usage is off the charts 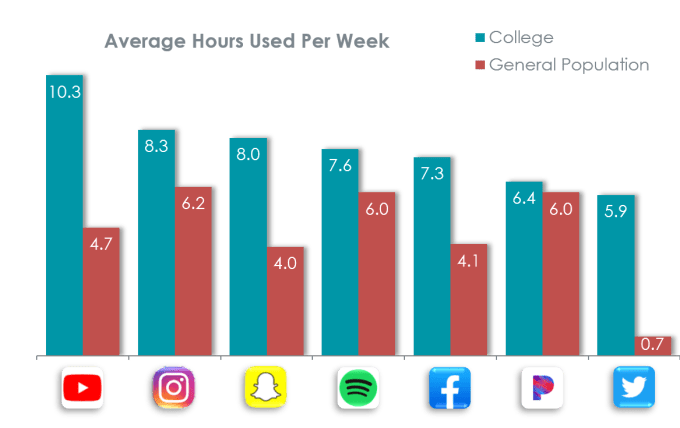 Interestingly, college students use each particular social platform a little differently. Instagram and Snapchat are mostly used for sharing photos and/or videos. Students use Facebook and Twitter mostly as news sources and they prefer YouTube or Facebook when rating or reviewing a product.

Advertisers should be all over this demographic—especially when the brand is tech-related as we have shown above. College students are also more likely to be what’s called “Smart Lifers,” or users of new and emerging tech devices like VR devices, smartwatches, smart TVs, and smart home devices/speakers. Smart-users, early tech adopters, influential consumers in new technology—whatever term you want to use to describe them, one thing is for sure, if you are not actively seeking out these influential consumers, you are missing out on a HUGE market.

For more information on college students and how to reach them, please contact the marketing experts at Refuel Agency.