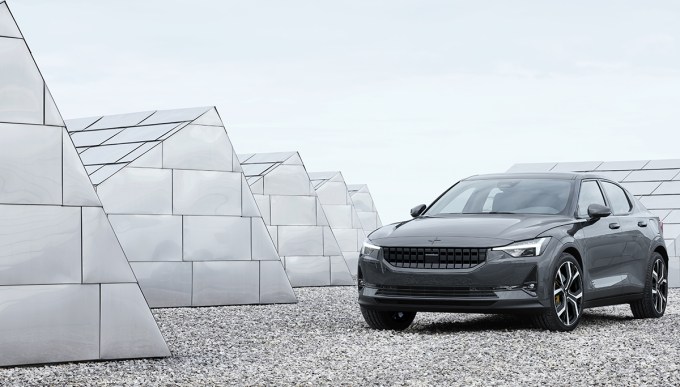 The future of cars is electric. At least one analyst expects electric vehicles (EVs) to outsell those powered by internal combustion engines (ICEs) by 2030. Besides the obvious benefits to the environment of emission-free transportation, EVs offer a host of other benefits, including less maintenance, cheaper operation, faster acceleration and less noise.

Cars powered by electrons also make use of computer hardware and data in innovative new ways. Already, an emerging class of EVs gives us a glimpse of the tech-centered future of travel by car. To learn more, we spoke with Maximilian Missoni, Head of Design for Polestar.

The drive system of electric cars is inherently simpler than their ICE counterparts; there’s no need for emissions controls, no need to spark off and carefully control internal explosions, nor even to include a transmission.

Taking minimalism to the next level, says Missoni, is a mission for Polestar. “Our design reflects that by focusing on minimalism,” he says, “and on the unique technology used in our cars.”

The minimalist philosophy extends to the materials used in Polestar’s cars, for example, the carbon fiber parts in the Polestar 1. Components made of carbon fiber are 50% lighter than those made of aluminum and five times lighter than steel parts while offering greater rigidity than either. This makes the material ideal for the weight reduction needed to boost range as well as improve acceleration off the line, which is already better in EVs than comparable ICE cars.

Minimalism is also the name of the game when it comes to the interface for Polestar’s infotainment systems. All a driver or passenger has to do to change the music or adjust the climate control system in a Polestar 2, for example, is to say the word. The cars are the first to come with Google Assistant, which responds to voice commands.

“Our job is to make all this high tech intuitively understandable and sensually enjoyable for our customers,” Missoni says of the cars’ user interface design. In other words, sophisticated though it may be, the technology stays out of the way, with no on-screen menus to fumble with while driving.

“The proportions change in our favor,” says Missoni of EV versus ICE car design. “Wheels get bigger, wheelbases longer to package the rather large battery pack.” That not only makes EVs more stable than comparable ICE cars but also gives them better performance.

“The characteristics of an electric car change so much,” says Missoni. He says Polestar’s designers have treated that fact as an opportunity to rethink car design inside and out. “Our cars are inspired by consumer electronics,” he says, “and showcase their high-tech nature also through the skin.” Examples include Polestar 2’s panoramic glass roof and tail lights that stretch the width of the car.

In the near term, says Missoni, EVs will continue to go farther while getting lighter, thanks to ongoing battery development. “The biggest revolution will happen in the area of autonomous drive,” Missoni confirms. The move toward self-driving cars, says Missoni, will not only impact car design, but also urban planning and even the fabric of society itself.

Ultimately, says Missoni, we can look to the skies for the future of mobility. “The next frontier will be individual vertical takeoff and landing aircraft.” Prototypes of these passenger drones are already taking flight. They, too, will benefit from lighter batteries with higher energy densities to go farther, says Missoni. And it’s a safe bet that they will also benefit from the design groundwork laid by pioneering EVs such as those from Polestar.

To find out more about how EVs from Polestar are helping to change the way the world drives, visit https://www.polestar.com/about-us.