We are putting more of our precious memories, photos, videos, documents, passwords and music into the cloud than ever before. The Covid-19 pandemic, which ushered in social distancing for families and friends – and remote working for businesses – has only served to highlight the importance of cloud storage and file sharing services. For instance, well in excess of a billion files have been uploaded to the pCloud platform since local and national lockdowns were introduced in the spring.

However, the myriad benefits to having access to your files anywhere and from any device are slowly being outweighed by the privacy fears that have been brewing in recent years.

This has manifested itself in different ways.  The European backlash against US tech giants – who once seemed untouchable – are under increasing pressure with users growing uneasy about how their data is being used, lawmakers looking to break up their monopolies and cyber-attacks undermining them.

The European Union appears to have earned itself a trend-setting position as the regulator of big tech. Call it first mover advantage, if you like. And it is fast becoming the envy of the world.

In a recent case, Italy’s competition authority recently signalled its intention to investigate cloud storage services run by Apple, Google and Dropbox due to alleged unfair commercial practices. A crucial part of their investigation centered on how they were harvesting user data for commercial purposes.

But this isn’t a campaign being led solely by policymakers.

Facebook’s Cambridge Analytica scandal of 2018 brought into sharp focus just how personal data was being used and harvested by tech companies. If there was blissful ignorance before, it was well and truly blown away.

The General Data Protection Regulation (GDPR) only confirmed that the issue of information security is of significant importance in Europe. Simply put, Europe sees things differently and this has shaped pCloud ‘s offering to meet this demand. To provide three key examples:

Security: The demand for greater control of data was not simply solved by GDPR. When choosing where to put their precious data, be it business files or personal memories, users are demanding the highest levels of security and confidence that it will not be used for anything other than its intended purpose.

Choice: An increasingly tech-savvy populace recognises that where their data is stored is almost as important as how it is stored. Therefore, tech companies that demonstrate trust in their users, by giving them choice, are more likely to win market share.

Flexibility: While the unstoppable rise of software as a service (SaaS) has changed methods of consumption, there is no ‘one size fits all’ for Europe. There is a growing concern that monthly subscriptions to services such as cloud storage are a bind for consumers, who are in a constant upsell cycle, where they continually pay out more and more.

pCloud has seen a 500% growth in just four years and has long been profitable, a goal many of the tech giants may never reach. This has been achieved by focussing on core values and building a platform that meets the evolving needs of users.

Where people are fearful of how their data will be used (for targeted advertising or more nefarious means), client-side encryption sets the standard. With client-side encryption, only the user holds the key to their files, making it impossible for even the storage company to harvest the information they hold. 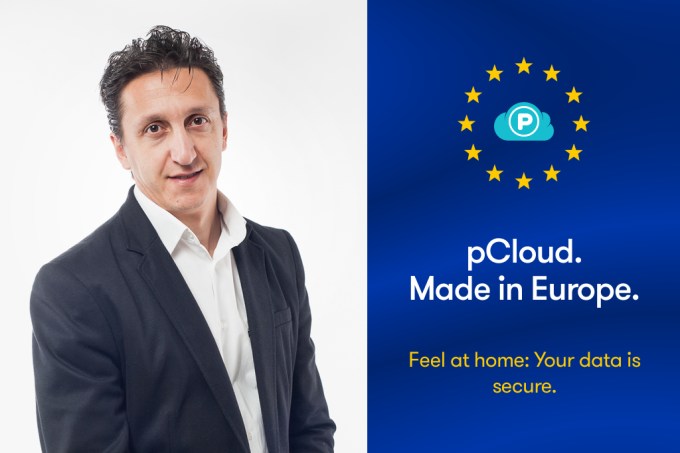 Next, putting faith in users to choose where they host their data will help bridge an ever-widening trust gap. For firms operating across the globe, opening a range of data centres on different continents, providing users with a choice of where to put their data, is one very visible – and credible – step tech firms can take to prove their commitment to customer-centricity. In a tangible example, pCloud announced the opening of its European data centre, in Luxembourg, in 2020 and is giving its users the choice over where their data is stored.

Finally, to offer flexible pricing models. With services such as data storage, many users simply want a hassle-free approach. Models such as lifetime guarantees, for example, will give users peace of mind that their files are stored and taken care of, with a light touch approach.

Families, friends and businesses have been placing their faith in tech firms to stay in touch. When sharing photos or other precious memories, great swathes may not even be aware that they are using a cloud service. But as familiarity grows, so too does the pressure on tech firms to provide the right systems and processes that meet the changing demands of users.

There cannot be a sticking plaster approach, because each country has different priorities. Where in Germany users might prioritise security, in France they value flexibility. Customer choice and customer control must be deep rooted within an organisation that wants to succeed in Europe.

As we have seen with the US tech giants, simply ploughing on in the same way will be met with stern opposition in Europe. This market demands different – and how companies react to this will be the difference between their success and their failure.