On a journey to build a virtual real estate, learn about the success story behind oVice. Tune in to hear about how oVice was able to dominate its Japanese market as a startup and in under a year. Understand the B2B SaaS market in Japan and explore the best practices presented by our CEO, CFO, and Investor.

Shinji Asada is the co-founder and CEO, General Partner of One Capital, an early-stage SaaS-focused fund in Japan. He was the previous Japan Head of Salesforce Ventures investing in Sansan, freee, Goodpatch, Teamspirit, Yappli, Andpad, and many more. Shinji has deep experience investing in US/Japan technology-based companies. Shinji majored in economics at Keio University and received an MBA from MIT Sloan School of Management.

After graduating from high school in Australia, he returned to South-Korea to start a trade intermediary business. Taking advantage of the Great East Japan Earthquake, he entered a Japanese university, worked as a planning intern for an IT company, started a business in Osaka while he was a university student, and carried out cross-border IT projects. He raised funds from several venture capitals and sold the company to an incorporation listed on the Tokyo Stock Exchange in 2017. Since 2019, he has been conducting consulting on cutting-edge IT technologies such as AI, blockchain, and RPA, and established NIMARU TECHNOLOGY to create new technologies in 2020. After being stranded in North-Africa by COVID-19, oVice began to develop.

Grew up in Tokyo and New York. Graduated from New York University and joined Goldman Sachs as a summer intern (Special Situations Group and Equity Division) in which later got an offer to work in the Tokyo office. Daniel left the firm in the summer of 2020 after working for 4.5 years to start a wealth management fund. Along with his venture, he has joined oVice in 2021 as a CFO to help drive the business in the Series A~C phase. 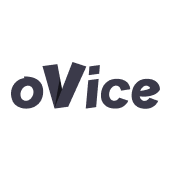