Who even needs a gaming browser? That was the stance of many in 2019, when Opera launched Opera GX during E3 in Los Angeles. Today, Opera GX has just surpassed the 20 million monthly active user mark, with gamers spending an average of almost 8 hours a day with the browser switched on, totalling 1.3 billion hours a month. The games industry is generating more than music and movies combined. It is therefore no surprise that a host of businesses are trying to cash in by releasing must-have products designed to enhance gamers’ lives. But how did everything go so right for the world’s first gaming browser, and how did it manage to navigate gamers’ tastes? The answer can be found in authenticity, in solving gamers’ real problems, and in Opera quickly becoming a part of the gaming ecosystem. With Opera GX, the company created a unique, easy-to-use solution tailored to the gaming community’s needs, which allows it to capitalize on the success of the industry and to stand out from its competition.

While building Opera GX, instead of thinking about what features would fit into a browser for gamers, the team took a different approach and started researching the problems that people who play games typically face. To get these answers, the team, which consisted mainly of fanatical gamers, attended conventions and meetups, observing the culture and user patterns, while getting early input on the concepts it had developed. Then they iterated overnight based on the feedback they’d received, and came back the next day for more interviews. This gave Opera a good idea of the core items that got gamers excited, and those that would improve their browsing experience: gamers are true power users of the web and Opera found they were constantly plagued by their browser, which they used to watch streams or walkthroughs. Their browsers were eating up too much of their computers’ resources, which often led to crippled gameplay, or lag in online experiences or streaming. It was high time to fix these issues.

Developing a browser for gamers was a risky idea at a time when all browsers looked similar and none of them really stood out. The gaming community didn’t feel it was missing out on anything by not having a dedicated browser. This changed when Opera GX shipped in 2019.

The new browser for gamers delivered a great experience on all fronts and generated a sense of understanding among its target audience. Features such as CPU and RAM usage controllers, as well as network bandwidth control, fixed the main problems that gamers faced with resource-hungry browsers. Additionally, Discord and Twitch were added to the sidebar for ease of use, and sound effects as well as a dynamic soundtrack were added to enrich the user experience. Opera GX shipped as a polished product with everything gamers needed and much more.

Today, three years later, Opera GX ranks among the most attractive gaming brands with an entire gaming ecosystem built around it. GX maintains one of the largest servers on Discord, is present in thousands of gaming influencer collaborations, and provides a multi-million downloaded app for indie game development (GameMaker), all in addition to giving gamers a platform on which they can play games (GX.games).

“With Opera GX, we have reimagined what a browser should be, showing the tech world and users alike that a browser can be more than a generic utility app that lets you simply browse the web, but looks bland and perhaps a bit boring. With GX, gamers can fix their hardware issues, match a browser to their lifestyle and the community they identify with, while also getting access to features and customization options that matter to them,” said Krystian Kolondra, Executive Vice President of Browsers at Opera.

To become an embedded lifestyle choice for more than 20 million gamers, Opera GX had to offer more than just great utility – it had to really belong in the gaming ecosystem. That meant tapping into the whole spirit of gaming culture, which is channeled through the myriad of streamers and influencers that keep this culture alive. Three years after its launch, Opera GX has completed more than five thousand streamer and influencer collaborations, including some of the top gaming influencers in the world – like PewDiePie and MrBeast – and is taking steps towards becoming a lifestyle brand with an active role in shaping the narrative around gaming in its core regions.

“Hardcore gamers are a clearly-defined audience of people who love games. As a group, they show similarities in what they care about. That’s why we were able to grow Opera GX to 20 million highly-engaged users. Our user engagement is just as robust as when we had our first million users, and there is still a large market for us to expand on,” added Kolondra.

The team behind Opera GX recently created a gaming TV show format: in “Hot Tab Hero”, two teams led by popular streamers compete against each other while being tested on local gaming knowledge and guided by a knowledgeable and entertaining host. Pilot episodes have already been recorded in Poland, Germany, and Brazil, with new English-speaking formats to come.

Relevant collaborations from within the gaming world and beyond, including with Razer and Corsair, further fortify Opera GX’s position as the only browser for gamers. In the newest instance of successful collaborations, Opera GX partnered with TikTok in the #GamingforAll campaign, aimed at raising awareness around overcoming personal obstacles in gaming. The campaign, which featured blind professional gamer Sven van de Wege, received more than 262 million views worldwide in what was the biggest such partnership for Opera to date, expanding its appeal among the TikTok community. The next step for the browser is to announce the integration of TikTok in the sidebar, a move that will further grow GX’s users’ engagement. 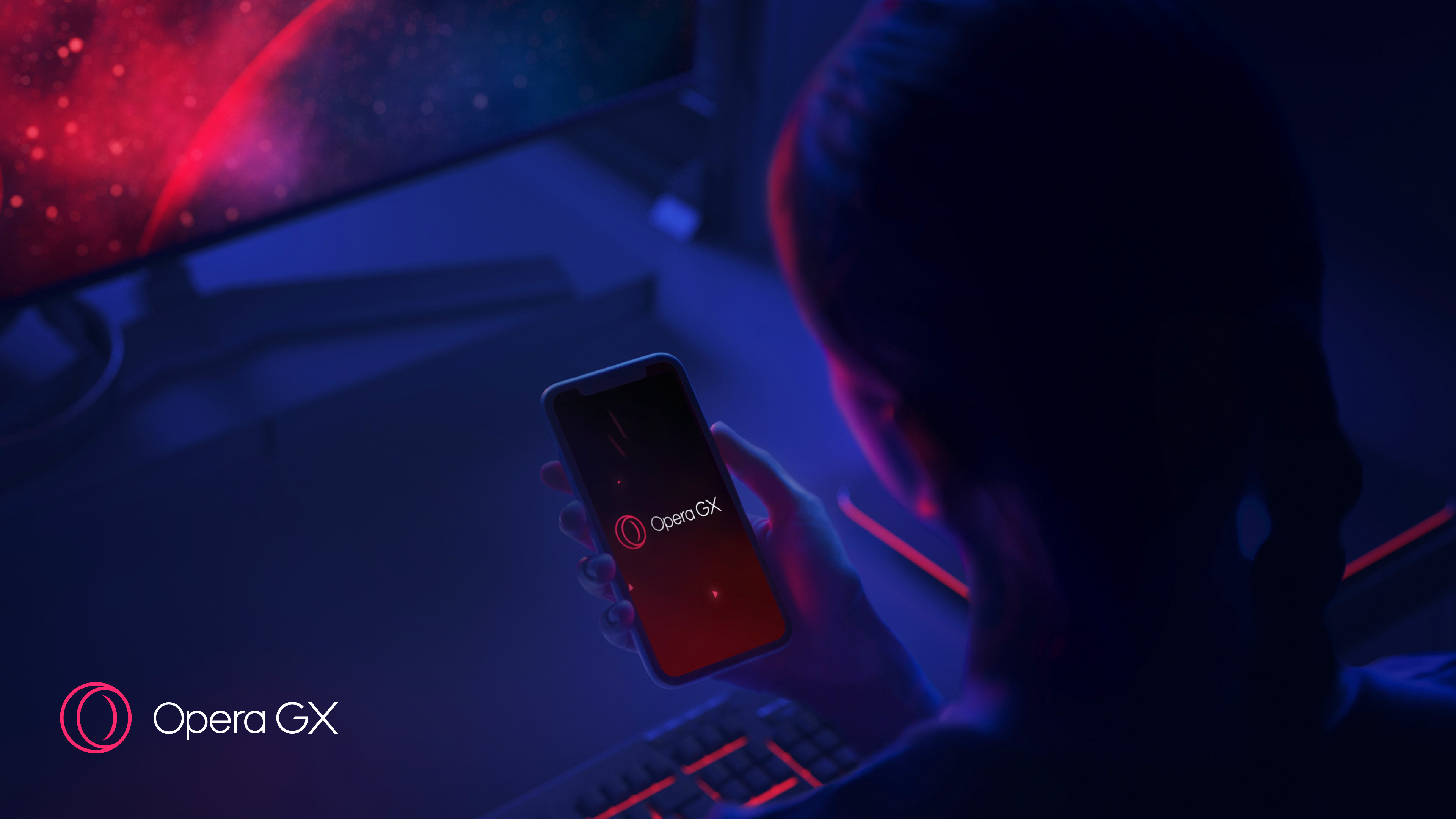 What’s worth noting is the young age of the Opera GX userbase: the vast majority of GX users are Gen Zers, which means they are only just developing spending habits and brand affinity that will last for decades.

So is Opera GX the hottest brand in gaming? Usage data shows that the team behind the browser has done many things right. According to a survey Opera conducted via Pollfish, Opera GX also ranks highest in terms of attractiveness among gaming brands: When surveyed, 75 percent of respondents aged 18-34 who play games on various devices ranked it as an attractive brand, which placed it above Steam or Discord. This is just the beginning: in 2023, Opera GX is planning a major push beyond its original 20 million users.