Known for its cut-throat competition in the food delivery market, South Korea’s retail companies are facing fast-growing competition. The Market’s GMV has more than doubled to $19 billion during the Pandemic, yet making profit is still a long shot for most food delivery startups. The biggest concern is of course, labor. Labor shortage is affecting businesses as they strive to swallow increased delivery volume while ensuring timely services — all while in effort to cut costs.

Flexible workforce and micro-fulfillment centers have been a viable solution, but the issue of labor intensity remains as companies have no other option but to use human couriers.

Meanwhile, a fast-growing startup is drawing attention for adopting robotics in delivery. Neubility, identifying themselves as a RaaS (Robotics as a Service) company, is aiming to reduce the inefficiencies of the last mile by disrupting the logistics supply chain. The company uses its in-house developed robot ‘Neubie’ to carry out various errands in dense urban areas. 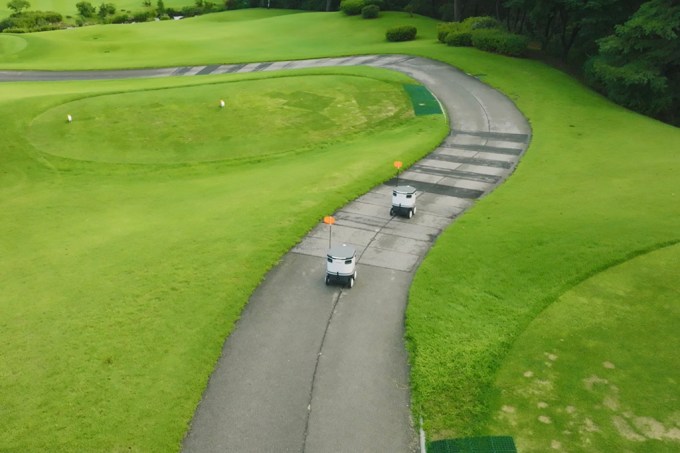 After a fully booked 6-month schedule for pilot projects, Neubility is on the verge of its first commercial contract. It started carrying out pilot deliveries last October for residents and university students in Songdo, and quickly expanded the pilots to downtown districts of Seoul including Gangnam, Yeouido, and Songpa with counterparts such as 7-Eleven. In the initial pilot test in Songdo, the company experienced an unexpectedly high public acceptance for the robot delivery. During the first half of the two-month trial, robots partook about a quarter of the total delivery orders. However, as word spread about the cheap and cute robots new in town, 52% of the customers started selecting robot delivery over courier delivery. The high preference for instant yet cheap robot delivery gave the company conviction to stick to their mission statement, “Automating urban streets”. After the successful first trial, Neubility phased out to the largest metropolis in Korea to gain operational experience in a busy urban environment. During the trials in 2Q, stores have seen a rapid increase in sales due to the robots, seeing a 221% increase of delivery orders. Meanwhile, Neubility is going through a second phase pilot with 7-Eleven, expanding the service to multiple stores in Gangnam, Seoul. The companies will continue efforts to improve customer experience and update service scenarios.

The company is also gearing up for overseas. It recently introduced a new product lineup named ‘NeubieGo’. The company explains that NeubieGo is a packaged bundle of APIs and solutions necessary for monitoring and managing Neubie, which can be easily integrated to pre-existing app platforms. With the combo, the company is actively seeking opportunities to satisfy various needs in the global delivery market. Neubility will be the first Korean delivery robot company to take part in TechCrunch Disrupt this October, where it plans to introduce Neubie to American counterparts.

To make a sustainable business flow for “cheap and fast delivery”, Neubility set its priorities to become independent from outsourcing. From hardware related development such as mechanism design, embedded systems to core tech, such as V-SLAM and sensor fusion, Neubility internalized development costs. This enables the company to concentrate on linking what people need the most with autonomous robots: a cost-effective product with low maintenance. Neubility secured competitiveness in price by using multi-camera-based V-SLAM instead of using high-priced LiDAR. Based on V-SLAM, the robot perceives its surrounding environment for localization and detects obstacles to evade both animate and inanimate objects. Vast amounts of data are optimized with  in-house developed tech, which helps Neubie maintain its performance with one central processing unit. 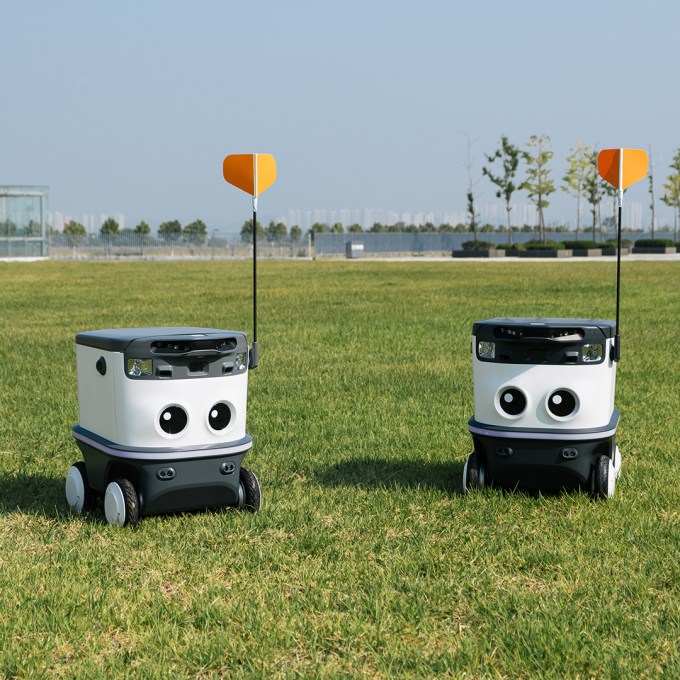 Led by IMM Investment, one of the largest VC in Asia’s fourth-largest economy, Neubility recently closed a successful $21M Series A funding in May. Many big name VCs and CVCs were seen in this round, such as retail giant Lotte and Shinsegae, SK Telecom, Kakao Investment, KB investment and more. Samsung C&T’s subsidiary company Samsung Welstory and 42dot, a company recently acquired by Hyundai Motor Group, also made strategic investments. This is expected to bring new business opportunities in diverse operational sites to scale its business. Scaling the business to diverse verticals will enable the company to achieve sales-led growth. With actual driving performance data in dense, highly populated areas, the company is developing B2B partnerships with companies that need to manage large volumes of on-demand deliveries within busy cities.