Biology as technology will re-invent trillion dollar industries and enhance human and planetary evolution. In this session at TechCrunch Early Stage 2021, two early-stage investors and company builders, Arvind Gupta and Ursheet Parikh, connect with leading author and seed investor, Po Bronson, Managing Director of IndieBio. They share their playbook on scaling start-ups touching upon three seminal areas which influence trajectory — fundraising, hiring, and product design. Their insights draw on their experience with companies including ingredients-as-service leader Geltor, which raised a $91 million Series B in 2020, CRISPR platform Mammoth Biosciences whose dream team includes co-founder Nobel Laureate Jennifer Doudna, and Endpoint Health, started by the founding team of GeneWEAVE (acquired by Roche) and former YC Bio Partner Diego Rey, which is designing a new class of therapeutic products that focus on hospital conditions that kill as many people as cancer.

Arvind Gupta co-leads Mayfield’s Engineering Biology practice whose mission is to invest in science based companies that could change history. Ranging from reinventing our food system to stopping climate change to novel therapeutics, Arvind was the first investor in breakout companies such as Geltor, Synthex, Prime Roots, NotCo, Prellis, New Culture, DNA Lite, Catalog, and Memphis Meats. As Founder of IndieBio, Arvind redefined the pace and possibilities of early stage biotech, investing in over 136 companies in five years, defining human and planetary health, and growing the IndieBio portfolio into billions of dollars in value. Under his leadership, IndieBio expanded to New York and grew to fifteen investment professionals with a world class adjunct partner board. He is now Venture Advisor at IndieBio. Arvind is the author of Decoding the World: A Roadmap for the Questioner, published by Twelve Books, a division of the Hachette Publishing Group. He was honored with the F50 Global Award for Impact in HealthTech Innovation. He is a frequent speaker at TechCrunch Disrupt, Slush, TedX and Future FoodTech. His work has been profiled in global media outlets such as Bloomberg News, Forbes, The Guardian UK, Neo.life, Nikkei News, Rotman, The Times of India, and CGTN in China. Arvind has been a guest lecturer at UCSF, MIT and Harvard and is a judge at the annual BIO conference startup stadium. Prior to founding IndieBio, Arvind was Design Director at IDEO in Shanghai where he earned numerous international design awards and presented his work at the San Francisco Museum of Modern Art. Arvind received his B.S. in Genetic Engineering from UCSB. He holds 8 patents. Arvind is married to an Icelander and has two daughters.

Po is Managing Director of IndieBio. Po was a finance and tech journalist covering Silicon Valley for Wired, The New York Times Magazine, and an oped contributor for The Wall Street Journal. His science journalism has been honored with nine national awards, and he is the author of seven bestselling books that are available in 28 languages worldwide. His work has been cited in 185 academic journals and 503 books. His background is in Economics with specialization in understanding firm behavior in collaborative networks. He learned finance at Credit Suisse and consulting at a division of Arthur Andersen. Prior to IndieBio he spent four years as a Futurist with Attention Span Media, consulting corporate innovation efforts for globally-recognized brands. 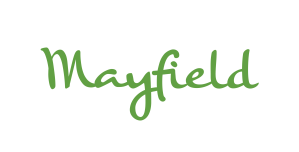