How do you go from PhD to startup founder and beyond? In this session at Early Stage 2022, Mammoth Biosciences Co-founder & CTO Janice Chen and Endpoint Health Co-founder & CSO Diego Rey joined Mayfield’s Ursheet Parikh to share learnings from their own scientist-to-founder growth journeys. Learn how to go from bench to bedside and leverage scientific breakthroughs to save lives, how startups can ink productive partnerships with industry behemoths, and more.

Here’s a bit of what Janice Chen had to share about what’s driving Mammoth’s success:

Mammoth isn’t the first CRISPR company. There have been a lot of successful CRISPR companies before us, but those really focused on one enzyme and about using the Cas9 enzyme in particular for gene editing medicines. And at Mammoth we realized by really understanding CRISPR and being part of that field for so long that CRISPR is so much more than one enzyme.

It’s really a tremendous diversity of proteins that all have unique capabilities that can really transform all aspects of medicine, not just gene editing. So when we started the company, we already knew that there was this concept of discovery to application that we had already really been unlocking in graduate school.

And the diagnostics application, for example, was a beautiful representation of what happens when you uncover an enzyme and really understand how it works and unlock a new application. So today people talk about CRISPR diagnostics as a very common term, but actually, no one knew what it was three or four years ago. It essentially didn’t really exist as a term, but we’ve been leading the charge and pioneering that field. But again, that’s just one particular example.

Now, you know, as we continue to mine this entire universe of CRISPR, we’ve identified enzymes again with new capabilities that are really leapfrogging the existing cast enzymes to really think about how we can use them for permanent genetic cure.

So, again, being able to go from this treasure trove and this evergreen pipeline of new systems to unlock new applications and unlock a lot of opportunities for improving patient care has been something that a lot of the traditional CRISPR companies didn’t really have the opportunity to to do because they were really just focused on one protein system.

That kind of initial goal for Mammoth, that opportunity, and capability that we have at the company was something that we knew was very valuable, not just for us, but really the ecosystem at large. We truly want to be driving the ecosystem for CRISPR. It’s going to change the way we do medicine in this century and beyond.

Listen to this session and others from Early Stage here. 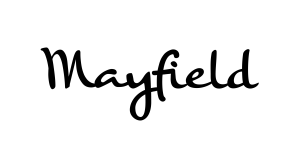