Years after being told that she couldn’t be a fighter pilot for the US Airforce because she was female, Language I/O (LIO) Co-Founder and CEO Heather Morgan Shoemaker asked her co-founder, Kaarina Kvaavik, if the duo should pitch investors on their already successful technology as men.

“I asked Kaarina if she’d be open to me changing my name to Heath, wearing a beard and strapping on a voice modulation device,” Shoemaker said. “I was certain that I would raise money faster if Language I/O was pitched by Heath instead of by Heather, but Kaarina talked me out of it.”

At the time, Shoemaker had already pitched at least a dozen VC firms about LIO’s proprietary technology, which allows its customers—including one of the largest social media platforms in the world—to communicate with their customers over any e-channel in any language. Despite having a 95 percent customer retention rate, a proven record of turning a profit, a reputation of showing customers a 550% ROI, and having a proprietary core technology that puts other translation engines to shame, each said thanks but no thanks.

“I can’t tell you how many times we were told that it couldn’t be that difficult to duplicate what I had built,” Shoemaker said. “In my experience, male engineers don’t encounter the same level of suspicion about the validity of their technology. ”

Although equally frustrated with the funding process, Kaarina said, “we need to do this as women so we can inspire other women” and she was right.

In February 2021, Language I/O raised $5 million in A round funding. Bob Davoli of Gutbrain Ventures and Bruce Clarke of PBJ Capital co-led the round, and were joined by other investors including Omega Venture Partners, Michael Wilens, Tom Axbey and Eric Schnadig.

“According to Crunchbase, In 2019, 2.8 percent of funding went to women-led startups; in 2020, that fell to 2.3 percent,” Shoemaker said. “Knowing that VC funding for women-led startups is on the decline, makes the fact that we received this funding round an even greater accomplishment than we had even anticipated. My goal as a female co-founder of a tech company is to help the rest of the world understand why women in tech struggle to raise VC funds. That, and to have Language I/O completely dominate the conversational translation space.” 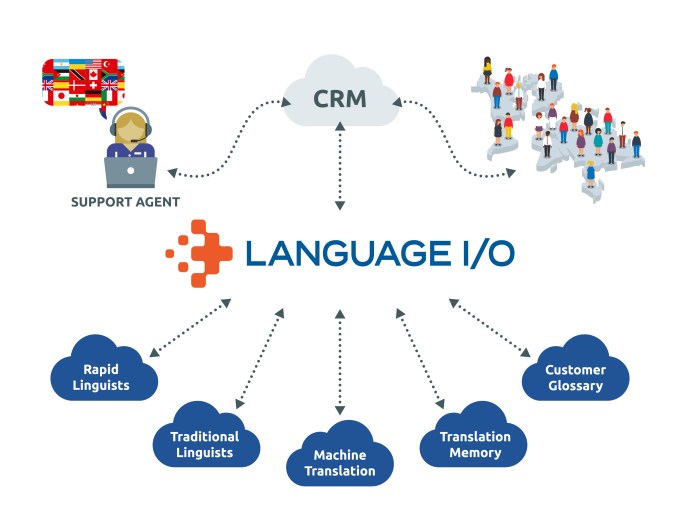 LIO’s machine translation optimizer takes the best machine translation engines on the market including Google Translate and then layers its own proprietary technology on top creating the best possible translation for LIO customers. LIO has turnkey integrations for all major CRM (customer relationship management) systems such as Oracle, Salesforce and Zendesk. It also has an API so any company from anywhere can access the technology.

Below is a perfect example. Here we have a Spanish customer chatting with an English speaking customer service agent using messy UGC. This is the original chat from the customer:

If you put this into Google Translate, the question in English appears like this:

“I have made the promotion for the ganafor of the rg with rafa, and you have not given me the iltima free.”

As the English speaking agent, the question makes no sense and when conversations are nonsensical, it’s hard for the agent to respond, let alone help. Now, if you put the original question in Spanish into LIO’s technology and the agent would instead see: “I have redeemed the promo code for the French Open winner with Rafael Nadal and you have not given me the latest free.”

“Language I/O is disrupting how businesses communicate with their global customers,” said investor Bob Davoli. “The combination of an innovative technology, product market fit and an exceptionally strong team compelled me to invest. Language I/O is eminently poised for tremendous growth.”

The Future of translation is conversational 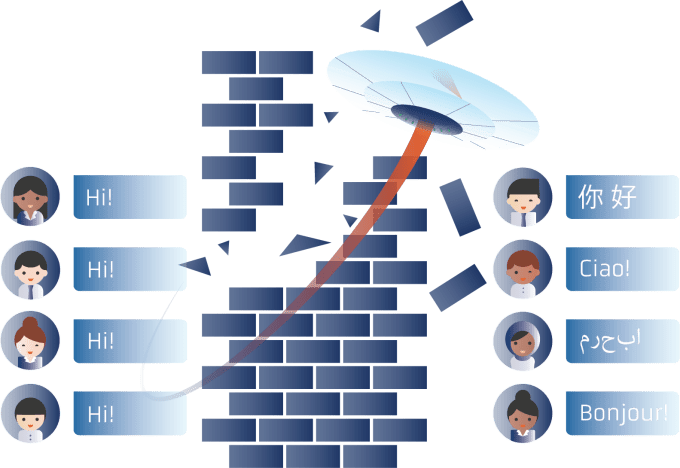 With live chat expected to grow by nearly 90 percent in the next 12 to 18 months, it’s no wonder that multinational businesses are looking for solutions that will allow their agents to chat with customers in any language.

“We have customers in gaming, retail, travel, hospitality, ecommerce—whatever the industry, everyone is looking to conversational translation channels,” Shoemaker said.

Korean gamers want to chat with American gamers and businesses want to engage with customers over Slack and WhatsApp. By hitting LIO’s API, they can do both.

Andrea Paragona, Sr. Manager Knowledge Base at Constant Contact, has been using Language I/O to interact with its non-English speaking customers for years.

“Language I/O enables us to deliver our knowledge base content to our expanding international audience in their native language,” Paragona said. “This is extremely meaningful to our customers who can then focus on learning the tool without concern for translation. The integration through Salesforce is seamless and Language I/O executes our content updates very well, we know we are in excellent hands.”

LIO is the preferred machine translation tool for companies that appreciate accuracy, need to get up and running within 24 hours and want to safeguard their customers’ Personally Identifiable Information (PPI).

“We encrypt all PPI,” Shoemaker said. “We are also GDPR compliant and ISO 27001 certified. Our customers trust us with sensitive information and we don’t take that lightly.”

This is how everyone can help women in tech

“Venture Capital firms need to check their bias,” Shoemaker said. “The discrimination that women in tech experience with VC firms often has nothing to do with their ideas, the scalability of their product, or market forecasts and everything to do with gender. To change this, we need to start at the beginning, well before up-and-coming women in tech even get to the pitch stage.”

First, teachers and parents need to encourage women and girls to pursue math and science in school.

“In school I was good at math, but even when I figured out a repeatable shortcut to solve a problem that my teacher had posed to his advanced math class, he was not only surprised that I figured it out on my own, but also attributed the shortcut to one of the male parents.”

Next, men and women alike need to second guess their knee jerk reaction to women in positions of power and support women who prioritize their career and job interests.

“There’s a lot of work to be done, but Language I/O is in a position to help balance the scales,” Shoemaker said. “We openly advertise the fact that Language I/O is a women-founded, women-run business and this in turn attracts women to our company because they know they will find more empathy and opportunity here. We’re also willing to speak out against societal bias against women in the startup world and are proud to be a voice that is part of the solution, not the problem.”