To achieve all that potential, however, there needs to be an infrastructure to support it. Antennas, base stations and other equipment need to be constructed, assembled and installed rapidly to meet the growing demand for 5G service.

Ericsson is committed to not only helping build that infrastructure, but doing it in the U.S., bringing the supply chain closer to its customers as rollouts accelerate, ultimately creating jobs and investments.

The crown jewel of this U.S. investment is the company’s smart factory in Lewisville, Texas. The 28,000 sq m, $100 million state-of-the-art factory assembles 5G and Advanced Antenna System radios to boost network capacity and coverage that are helping meet the demand for rapid 5G deployments in North America. The factory opened in the spring of 2020, and the first base stations produced at the factory were delivered in July. It’s part of the company’s global supply chain strategy, which ensures that components are assembled close to customers for faster and more nimble deliveries.

Other investments in the U.S. include R&D centers in Austin, Texas and Boise, Idaho, the D-15 Innovation Center in Silicon Valley, and five Centers of Excellence that are training the tower crews who install 5G networks across the country. 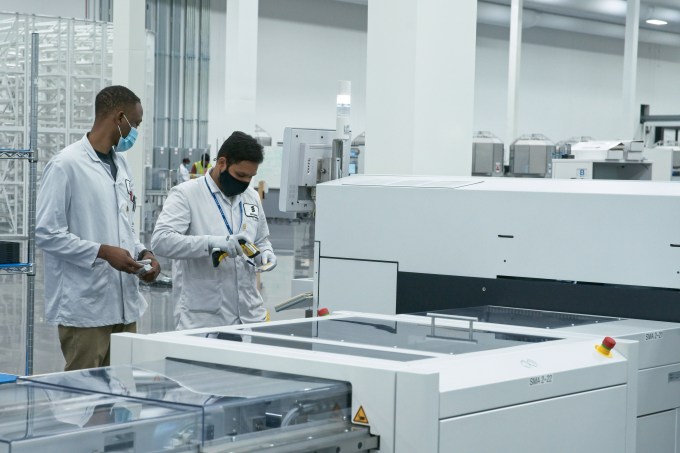 The factory is helping to meet the demands for the rapid deployment of 5G, which is being adopted at a faster rate than previous generations. In the U.S., there will be more than 195 million 5G subscriptions by 2026, and by 2029, 5G will account for about 71.5 percent of the entire U.S. mobile market, according to Ericsson’s most recent Mobility Report.

The factory is also part of Ericsson’s goal of having carbon-neutral company operations by 2030. Precise energy monitoring and management makes the facility 24 percent more energy-efficient than baseline. Other sustainability efforts onsite include solar panels that produce 17 percent of the factory’s power requirements, and 40,000-gallon tanks to collect and reuse rainwater.

In addition to building 5G equipment for commercial deployments, the factory itself is equipped with the latest in 5G-enabled technology — a true “smart factory” and a working example of how the latest generation in mobile broadband can bring innovation to industry. Fast and secure 5G connectivity on the factory floor combined with data integration through all layers of the factory architecture enables agile operations and flexible production, as well as some cutting-edge demonstrations of factory-of-the-future technology, including:

Factory is helping build the platform for a 5G economy 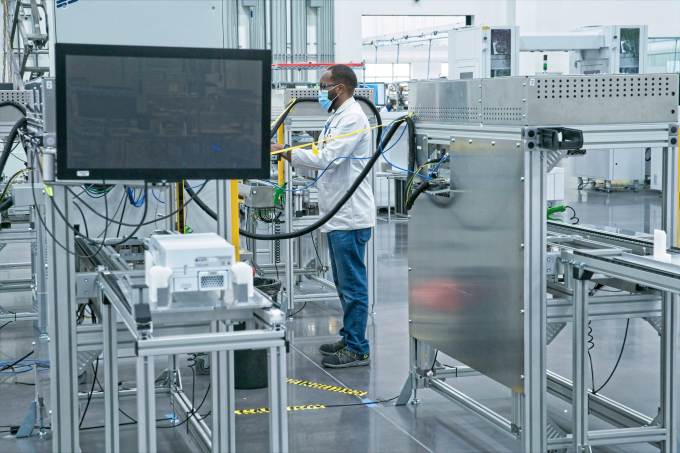 As 5G rollouts begin across the country, it’s clear there is an enormous potential not just to advance cutting-edge use cases, but to serve as a platform for an entirely new digital economy. This “5G economy” has the potential to bring 3 million new jobs and $500 billion in economic growth to the U.S., according to industry trade group CTIA. In fact, the organization says one out of every 100 Americans will soon benefit from a 5G job.

Combined with the Internet of Things, artificial intelligence, and cloud computing, 5G has the potential to transform industries, while kickstarting a 4th Industrial Revolution and changing the way many companies do business, thanks to its low latency, ultra-reliability and blazing fast speed. The Lewisville 5G smart factory is helping lead the way both as an example of what 5G-powered manufacturing can do, and by building the advanced networks that will power that revolution.