Over the last few months, the price of bitcoin has been on the up — and in quite dramatic fashion. At the time of writing, it is closing in on its previous 2019 price high, having shot up by $500 in just ten minutes. A recent 7-day period experienced a 43% increase.

What’s causing the spikes is the subject of much debate, with everything from US-China trade tensions to Facebook’s Libra coin announcement being suggested as possible factors. Whatever the reason, it’s hard not to think back to the huge price fluctuations of late 2017 and early 2018. If you’re wondering whether it’s worth getting involved, what it’s all about, and whether we’re about to see a repeat of what happened two years ago, you’re not alone.

To get a bit of perspective, Andy Bryant, co-head and COO of bitFlyer Europe — one of the world’s largest and longest-standing virtual currency exchanges, answers some questions about cryptocurrency.

Andy, for readers who’ve not come across bitFlyer before, who are you?

bitFlyer is a virtual currency exchange for everyday users and professional traders to buy and sell virtual currencies like bitcoin. Our headquarters are in Japan, where we have over 2 million users, and we launched in Europe in 2018. We also operate in the US and in the last 12 months, we’ve been recognized as one of only 10 exchanges that isn’t faking trading volumes. 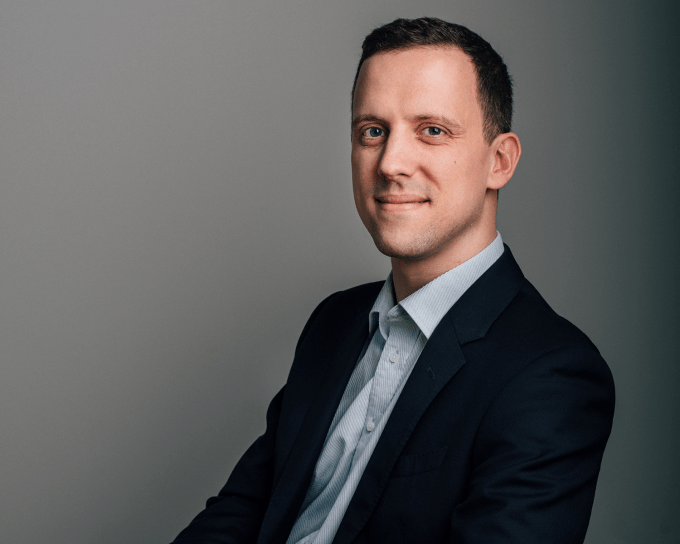 You’ve been quite vocal about the need for greater regulation in the crypto industry. Why is this important?

We’re passionate about the future of this industry and believe regulation is fundamental for mainstream adoption. We’re actually the only cryptocurrency trading platform in the world that has a license to operate in Europe, Japan and the US combined. Others operate, but without a license. Banks and other financial institutions cannot operate legitimately without a license — we believe cryptocurrency exchanges should be held to similar standards.

What do you say to people who still think crypto is a bubble?

That it is here to stay. We actually just did some research into consumer confidence, which revealed that 63% of Europeans believe cryptocurrencies will still be around in ten years’ time. We surveyed 10,000 people across ten countries and more than half the population in every single country believes in the future of cryptocurrencies. In case you’re wondering, Norway was the most confident, with 73% of the population believing crypto will be around for the next decade, and France was the least sure — and even there 55% believed in its future. What this shows is that the reputation of cryptocurrency has moved beyond the hype and is now more established. 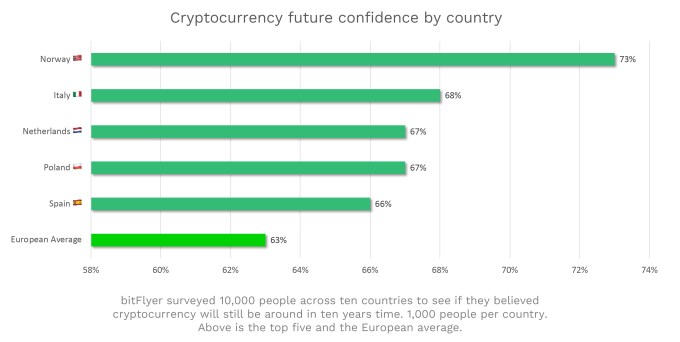 What’s your take on the current levels of activity we’re seeing?

Things are certainly starting to move again, and all the activity shows that despite all the naysayers and skeptics, bitcoin isn’t going anywhere. Volumes are growing, the network is strengthening, and the profile of buyers is broadening as different types of investor join the fray.

Furthermore, since we last saw all the hype at the end of 2017, there have been several important upgrades to the technology that have improved scalability and position bitcoin well for this next phase of growth I believe we’re entering.

Help dispel some of the misconceptions. Any myths you’d like to debunk?!

There are so many! I’ll take just three.

And for those fence-sitting readers who are intrigued about crypto but not yet convinced, say it straight. What are your top five reasons people should care about crypto? Why should people get involved?

Disclaimer: “This Content is for informational purposes only, you should not construe any such information or other material as any form of advice of a legal, tax, investment or financial nature or otherwise. Nothing contained in this article constitutes a solicitation, recommendation, endorsement, or offer by bitFlyer EUROPE or any third party service provider to buy or sell any securities or other financial instruments in this or  any other jurisdiction in which such solicitation or offer would be unlawful under the securities laws of such jurisdiction.”