Scientists around the world have been sounding the alarm on global climate change since the 1960s. Over the past decade, calls for action have swelled in number and concern, linking greenhouse gases to our current struggles with hotter temperatures, more severe storms, wildfires, and increased drought. A United Nations report, released in September 2022, revealed that greenhouse gas concentrations are rising to record highs, and climate change-related disasters, like hurricanes and floods, have increased five times over the last 50 years, killing an average of 115 people per day.

The UN report also emphasized the importance of providing “early warnings [to] save lives and livelihoods from climate threats.”

AWS customers around the world are working to do just that. Using predictive modeling, organizations are forecasting the future to help governments, businesses, and communities find opportunities to prevent environmental damage as well as economic and human loss. Even nonprofits and government agencies can develop these sophisticated models, as the cloud is making the tools of predictive modeling, like machine learning (ML) and high performance computing (HPC), more affordable.

The lush tropical nation of Costa Rica is famous for its rich biodiversity and a destination for tourists seeking pristine jungles. With bio-tourism as a critical economic bloodline, ensuring the health and maintenance of Costa Rica’s flora and fauna in the face of climate change is critical.

Costa Rica’s National Center of GeoEnvironmental Information (CENIGA) is a technical intelligence unit tasked with leveraging mapping and modeling tools to integrate, standardize, and communicate the country’s environmental data. CENIGA projects have included monitoring the country’s bee health and population, analyzing soil erosion and its effect on agricultural productivity and water quality, and demonstrating that greater biodiversity in its parks correlates with higher tourism rates in Costa Rica.

To launch its program, CENIGA built its infrastructure on AWS in collaboration with ASDI. Through the ASDI initiative, CENIGA has been able to “identify, host, and deploy key datasets on the AWS Cloud, and the datasets are publicly available to anyone,” says Christopher Wellise, Director of Sustainability at AWS. For example, CENIGA has formed a predictive ecosystem model to analyze Costa Rica’s bee population health and pollination behavior and patterns.

As a coffee producer, Costa Rica has a vested interest in sustaining a healthy bee population for pollination. Through datasets analysis and predictive modeling, CENIGA has discovered that coffee production increases up to 30 percent when coffee flowers are pollinated by healthy bee populations and that bees need a variety of nectar resources to remain healthy and keep pollinating year-round. As a result of this analysis, a diverse range of flower species are planted near coffee trees and farms, which boosts the number of bees in the immediate area and drives up pollination.

CENIGA’s experience with datasets analysis and predictive modeling are also helping the Costa Rican government identify and implement strategies and solutions for the country’s sustainable development, known as the National Adaption Plan. But the organization’s impact goes even further: governments and scientific institutions around the world are working with CENIGA to identify biodiversity patterns and practical sustainability methods. And because CENIGA developed its datasets and predictive models through ASDI, they are all available to the public for free. 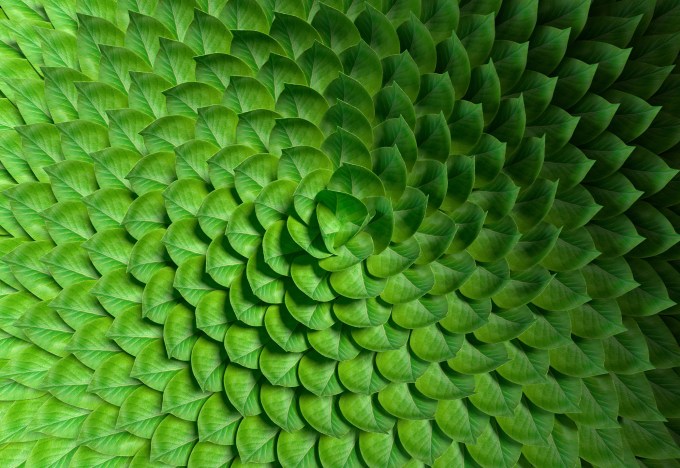 When Hurricane Sandy hit New Jersey and New York in 2012, the power and destruction of the storm took everyone by surprise. Early warning systems failed to alert authorities of the storm’s magnitude, leaving the states without adequate plans in place for protecting lives and property. As a result, the storm caused 53 deaths and billions of dollars in infrastructural damage.

Maxar Technologies, a provider of comprehensive space solutions and secure, precise, geospatial intelligence, is working to ensure that governments and businesses are better informed and prepared for natural disasters, like Hurricane Sandy. By using HPC solutions on AWS, Maxar is providing faster weather forecasts and warnings, as global climate change continues to alter weather patterns.

Maxar’s predictive modeling can help oil and gas companies act quickly, before a major storm strikes, to secure drilling rigs, refineries and other facilities to protect employees, equipment, and the environment. It also helps commodities firms make more informed decisions when trading shares in oil, precious metals, crops, and livestock—which can be significantly affected by the weather.

Historically, many industries have relied on reports generated by the on-premises supercomputer operated by the National Oceanic and Atmospheric Administration (NOAA). However, this system requires an average of 100 minutes to process global data. Maxar, which runs its models in the cloud, can generate data 58 percent faster than the NOAA system, providing more time for people to take protective measures.

As hurricanes, flooding, and superstorms increase in breadth, volume, and severity, every minute saved makes a difference.

Most manufacturers identify defects after production and write off the cost, making inefficient use of raw materials, components, and energy. But DataProphet, an AI-as-a-Service company of machine learning specialists, is using predictive modeling to help prevent faulty parts from ever being produced, lowering energy consumption and reducing scrap waste to zero.

The company’s ML-powered application, DataProphet PRESCRIBE, securely receives data from the machines in its customers’ plants. The application continuously analyzes this data to instantly deliver insights that help guide customers in adjusting machine parameters before defects occur. Because DataProphet PRESCRIBE runs on AWS, it has the flexibility to handle even huge and unpredictable spikes in manufacturing activity, ensuring that customers get a consistent experience with the application.

DataProphet PRESCRIBE typically reduces the costs associated with producing faulty parts by more than 40 percent, which means fewer losses in raw materials and more efficient energy use during the manufacturing process. Most customers see a return on their investment within three months of implementing the application, and one customer has even reduced its scrap rates to zero.

Mark Twain wrote, “If you want to change the future, you must change what you’re doing in the present.” In mitigating the growing threat of global warming, the challenge we face is figuring out which actions to take first and which changes will produce the healthiest outcomes. Predictive models, though, are bringing these choices into clearer focus by revealing their potential impact on our lives, businesses, and planet. Whether working to protect ecosystems, avert storm disasters, or reduce waste, organizations of all types and sizes can use the cloud to quickly gather data and build models that can reveal our prospective future as well as our opportunities to improve it.