From pre-season to post-season, the National Football League (NFL) delivers fans a thrilling, action-packed three hours with each game. Behind the nation’s most popular league is a philosophy of continuous improvement best expressed by legendary Miami Dolphins quarterback Dan Marino, who said, “You can do more, you can always do more.”

One way the NFL does more is by pursuing innovative, data-driven programs to improve player safety, help players achieve their full potential, and make the game more exciting for fans. Since 2019, the League has partnered with Amazon Web Services (AWS) to implement a cloud-based data strategy that uses analytics, machine learning (ML), and artificial intelligence (AI) to gain a deeper understanding of every aspect of the game and build a better football experience for fans, players, and teams.

Data is a powerful tool when it comes to maintaining the excitement and competitiveness of professional football while making the game safer for players. Since 2002, the NFL has used data to inform 50 rules changes to reduce the risk of injury. And through sources such as equipment sensors and video analysis, the NFL collects data from every move a player makes on the field. This allows for a better understanding of how, when, and where injuries typically occur—information that drives efforts to reduce, and ultimately prevent injuries.

Through its collaborations with AWS and the NFL Players Association, the NFL has sparked a revolution in helmet design while generating greater player enthusiasm for safer headgear. Over the past three seasons, the NFL has achieved nearly 100% adoption of top-performing helmets, and in each of the last four seasons, it has seen a 25% reduction in concussions compared to the 2015-2017 seasons.

The NFL also works with the AWS Machine Learning Solutions Lab to take player safety to a new level. Using AI and ML on AWS, the NFL is building the Digital Athlete, a virtual representation of an NFL player that can be used to better predict and eventually prevent player injury. The Digital Athlete uses NFL data to run simulations that assess the impact of equipment choices, fatigue, weather, field surfaces, lighting, play strategies, game rules and other factors on player safety and performance. The League then uses this technology to assess players’ individual risk level, mitigate that risk as they prepare for upcoming games, develop individualized training and recovery plans for players, identify ways to improve equipment and coaching techniques, and institute rules changes to keep players safer.

Teams are putting these initiatives into action in exciting ways. The Seattle Seahawks, for example, rely on Amazon SageMaker, a fully managed ML service, to help ensure players receive the right coaching for their skills and needs. With SageMaker, the Seahawks can look at player data to find patterns and better understand performance issues. The team can then use those insights to develop specific, targeted advice that helps a player improve on the field without increasing the risk of injury.

Stat That for a better fan experience 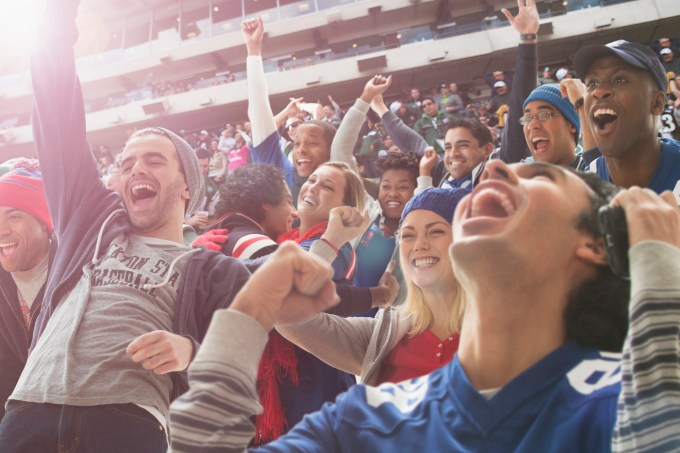 Since 2017, the NFL has worked with AWS to deliver new Next Gen Stats, an initiative enriching all facets of the NFL through advanced analytics and ML based statistics. The NFL uses Next Gen Stats to produce the real-time statistics we see and hear during NFL broadcasts, such as completion probability and expected rushing yards. The program runs historical information and in-game data through hundreds of processes within seconds on AWS compute services, and then feeds it into SageMaker, where models built by the NFL Next Gen Stats team ingest the data, look for patterns, and make nearly instant predictions.

Amazon QuickSight, a business intelligence service, makes engaging with this information easy. Using Quicksight, the NFL quickly builds customized, interactive dashboards that integrate with its next Gen Stats applications. The dashboards, which can be produced in minutes, help the NFL uncover insights and provide powerful tools for players, coaches, and broadcasters and others who report on the game.

“Data helps every part of the game experience, including giving on-air commentators far more factual information and predictive insight than anyone would have thought possible even a few years ago,” says Vasi Philomin, AWS Vice President of Machine Learning and AI Services.

NFL clubs also use data behind the scenes to discover new player talent. With its Next Gen Stats Draft Model, the NFL conducts pre-draft evaluations of prospects coming out of college. The NFL Draft Model supports the League’s scouting efforts by using data to assess a number of variables, based on position, to determine a player’s athleticism, overall on-field success, relative size, and anticipated NFL performance.

Fostering the next generation of innovators

For the past four years, as part of its evolving effort to improve the game with data and analytics, the NFL has hosted the Big Data Bowl, a crowd-sourced competition sponsored by AWS that brings together members of the analytics community, including data scientists and college students. The Big Data Bowl challenges participants to explore statistical innovations in football, using traditional football data and Next Gen Stats, and to find new ways of making the game more exciting for fans.

“Based on the 2022 Big Data Bowl, the NFL has added two new categories of stats, for different types of coverage and expected return yards for kickoffs and punts,” adds Philomin. “The wealth of analysis the NFL is working to produce, through the Big Data Bowl and other efforts, simply makes for a safer, more exciting game.”

The Big Data Bowl also creates a pipeline of talent to the NFL and other organizations. Since the competition began, more than 30 Big Data Bowl participants have been hired in data and analytics roles in sports.

Building a better game for everyone

Sports organizations have long relied on data to gain insights and boost fan engagement, but the NFL’s data strategy and its collaboration with AWS influence nearly every aspect of its operations. From designing equipment, to shaping rules changes, to informing coaching, to connecting with fans, and much more, the NFL is harnessing cloud tools like AI and ML to turn data into innovation. This push for doing more—and better—is even shaping how the NFL scouts and develops talent, both on and off the field. Data scientists are fast becoming football’s new MVPs as the NFL uses data to explore the seemingly endless possibilities for improving the football experience for its players, teams, and fans.