By Peter Sheldon, Senior Director of Strategy at Adobe

For nearly 40 years, people have flocked to cable television channels like QVC or The Home Shopping Network (HSN) to watch chatty hosts hawk all sorts of products—from facial cream and casserole dishes to designer clothing and tennis bracelets. A person dials a toll-free number and orders with a credit card. The merchandise arrives a week or so later.

Now, the same concept is taking a decidedly digital age twist. In China and to a growing extent in the U.S. and other places, influencers are tapping livestream video on platforms such as TikTok, Instagram and Pinterest to peddle goods to eager buyers. In some cases, the influencers are becoming bona fide stars and brands are finding that it’s a highly effective way to reach an enthusiastic audience.

It’s a trend worth keeping an eye on. In China, stylish and entertaining anchors sometimes livestream for an hour or more at a time. Remarkably, some have emerged as major celebrities. In the U.S., Amazon, Walmart and others have already begun to dabble in the space. In some cases, tens of thousands of people are tuning in—and plunking down cash for goods.

In many ways, livestreaming represents a natural evolution of retail. It embeds a shoppable experience inside video. The concept works like this: a (presumably) charismatic host stands in front of the camera and presents goods in rapid-fire manner. The influencer may demonstrate products, describe features, and answer questions from the audience—and even personally thank people for purchases. Typically, several products fly across the screen every hour.

These hosts—or influencers—aren’t your grandfather’s QVC pitchmen. Most already have amassed a large following on social media platforms. Many of them earn considerable sums as influencers and they are very knowledgeable about products. They may receive a flat fee from a company for showing off products, or they might earn a commission based on the number of units they sell.

Either way, these hosts have a strong say—and frequently the final word—about what appears on their livestreams. They’re also not bound by typical corporate rules and standards. There are men who demonstrate how to apply makeup, and there are women who include their pets on the stream with them. Cameras and lighting aren’t necessarily studio quality—but that’s part of the appeal.

In this upside-down world, brands can’t always dictate what these influencers say or do. They’re simply along for the ride—especially if the host is using an independent social media platform. In fact, a growing number of these influencers have their own cosmetic or fashion lines—and many of them accept only a small percentage of the products they’re inundated with. Some negotiate pricing and other terms.

Nevertheless, for a retail brand, appearing on a show can be lucrative. Perhaps that’s why livestream shopping has emerged as an estimated $66 billion affair in China, according to a report from Shanghai-based iResearch. There, about 30 percent of the public has now viewed a livestream, and audiences and sales are both shooting upward. Although the concept is driven by mostly Gen Z and particularly female, it’s expanding into all segments of society. Even seniors are viewing and clicking on livestreams. 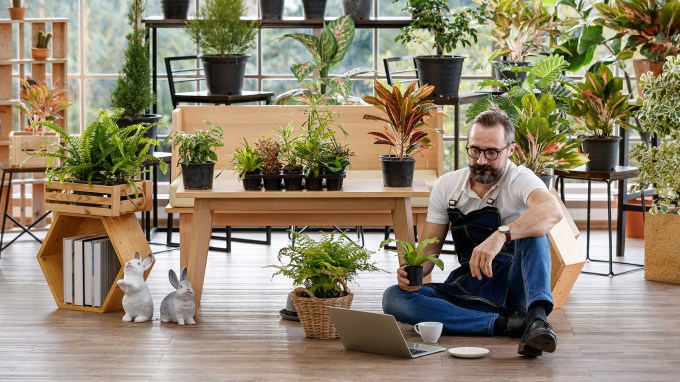 What makes livestream e-commerce so powerful is that a shopper can chat with other viewers, ask the host questions about the product, and click directly on the screen to purchase it. With a built-in payment systems such as Apple Pay, Amazon Pay or PayPal, a sale and home delivery is literally a two or three click process. Not surprisingly, during the pandemic, with people avoiding stores and malls, the concept was even more appealing.

Livestream e-commerce has already moved past the test phase for some companies. Amazon Live, for example, serves up numerous livestream channels, some with social media influencers and others with rotating hosts promoting Lightning Deals. They peddle earbuds, treadmills, robot vacuum cleaners, pet cameras, cosmetics and much more. A product purchase box appears just below the video stream.

In some cases, tens of thousands of people tune into the Amazon Live channel at any given moment. Within the chat panel, people share opinions and answer questions. It’s an entire community. Those interested in becoming hosts can apply to Amazon to become an influencer, and, if approved, use an iOS app that lets the influencer create a product carousel and begin livestreaming at no charge. They receive commissions for what they sell. During its annual Prime Day sales event last October, Amazon hosted more than 1,200 live streams.

TikTok has also established an influencer hub page that highlights different participants. In addition, in December 2020, TikTok and Walmart partnered to test a livestream shopping experience on the social media platform. The event, which featured apparel, was such a success that Walmart held another event on the platform in March 2021. The second livestream featured beauty products.

The value of brands establishing closer relationships with influencers and consumers shouldn’t be overlooked. If you’re a retailer, it’s wise to look for people who are a good match for your brand—and provide free samples in the hope they will promote your products. Many retailers take a one-to-many approach though, for specialized items, such as automobiles or high-end luxury items, a one-to-one stream may be in order.

It’s difficult to say how big retail video streaming will become in the U.S. In China, CBN Insights predicts that the approach will generate about 20 percent of retail sales by 2022—nearly double 2021. Yet, despite significant cultural differences between the two countries, it appears that the concept resonates—and that it’s possible to sell just a wide variety of goods through these channels. At a minimum, brands should explore the concept and test it on different platforms—and with different influencers.

To be sure, livestreaming is more personal way for people to connect and shop, without heading to the mall or calling a tollfree number and talking to someone at the other end. It allows consumers to connect—and even interact—with influencers they identify with. In the past, a person may have enjoyed setting foot in a physical store and chatting with salespeople. While this hasn’t gone away, livestreaming recreates the experience online. It won’t replace other forms of shopping but it’s here to stay.