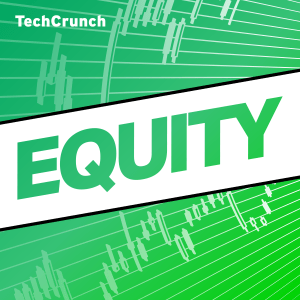 Equity is TechCrunch’s venture capital podcast. In each episode, you’ll hear the stories behind the money that runs Silicon Valley. TechCrunch reporter Alex Wilhelm teams up with Danny Crichton and the most notable VCs in the industry to analyze who’s raising, who’s selling out and who’s going public.

Greylock GP Sarah Guo is as bullish on SaaS as ever October 18, 2019

Why San Francisco is still the gold mine for tech startups October 4, 2019

The cult of the founder and Silicon Valley’s lack of moral authority September 20, 2019

WeWork and Uber are proof valuations are meaningless September 13, 2019

Why Box is one of the most under-appreciated companies September 6, 2019

Axios’ Dan Primack on ‘the most polarizing startup that exists’ August 13, 2019

Can you really predict the next generation of unicorns? July 19, 2019

What happens to late-stage VC if the Vision Fund goes away? June 7, 2019

Is the tech press too positive in its coverage of startups? May 31, 2019

Mary Meeker’s new fund, two IPOs from China and what’s next for Uber and Slack? April 26, 2019

Equity Shot: Pinterest zooms into the public markets (and yet another tech company files for an IPO) April 19, 2019

Listen to us talk about ‘undercorns,’ IPOs and what going public is really about April 12, 2019

Equity Shot: Lyft is public — what does that mean for other IPO-ready unicorns? March 29, 2019

Changes at YC, $1.5B more for ride hailing and Airbnb buys HotelTonight March 8, 2019

Four rounds for women-led startups, and a huge Series A for Motif March 1, 2019

Everyone raises $100M, Pinterest and Zoom want to go public and HelloSign February 1, 2019

Bradley Tusk on mobile voting, Uber’s IPO race with Lyft and the Dems taking over the House
December 28, 2018 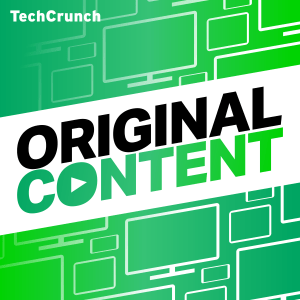 Original Content is your weekly dive into the sometimes-overwhelming world of original streaming shows and movies. Netflix, Hulu, Amazon Prime and more — if it’s new, original and available to stream, you’ll hear about it here. Each week, TechCrunch’s Anthony Ha, Jordan Crook and a guest host kick things off with a recap of the latest streaming headlines before moving into an in-depth review of a new show or movie.

For better or for worse, ‘The Politician’ is absolutely bonkers October 13, 2019

Malka Older on reviving the clones of ‘Orphan Black’ for Serial Box October 10, 2019

‘Between Two Ferns: The Movie’ is fun but forgettable September 28, 2019

Netflix’s ‘Terrace House’ is still the most soothing reality show around September 22, 2019

‘Another Life’ is no masterpiece, but we want a second season anyway August 11, 2019

‘Years and Years’ takes an unsettling look at the next decade August 3, 2019

‘I Think You Should Leave’ brings deranged laughs to Netflix June 29, 2019

Netflix’s ‘When They See Us’ is difficult-but-essential viewing June 22, 2019

‘Black Mirror’ returns with one of its strongest seasons June 15, 2019

Netflix’s ‘Always Be My Maybe’ is a surprisingly sweet romantic comedy June 9, 2019

Director Grant Sputore explains how ‘I Am Mother’ draws from real-world robots June 6, 2019

Dragons love symbolism, and other lessons from the ‘Game of Thrones’ finale May 23, 2019

The battle of opinions over ‘Game of Thrones’ and the Battle of Winterfell May 4, 2019

‘Game of Thrones’ delivers one of its best episodes yet April 27, 2019

‘The Inventor’ offers a compelling overview of the Theranos saga April 1, 2019

‘Triple Frontier’ sends famous faces on a grim hike over the Andes March 26, 2019

We dance with the emo heroes of Netflix’s ‘Umbrella Academy’ March 3, 2019

‘The Breaker Upperers’ filmmakers know that breaking up is the worst February 18, 2019

‘You’ gives us obnoxious millennials and their creepy stalkers February 4, 2019

The Chilling Adventures of Sabrina November 6, 2018 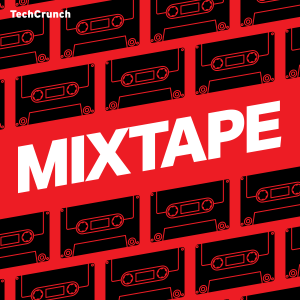 Culture is tech and tech is culture. That is what TechCrunch’s Megan Rose Dickey and Henry Pickavet discuss on Mixtape. On each episode, they take a closer look at stories of the week that have a particular foothold in the cultural zeitgeist. We can’t get away from tech, and Mixtape helps you make those connections.

The housing struggle, ancestry and not ‘hurting men’s feelings’ August 25, 2018

Nintendo is making sure it’s still a thing August 2, 2018

Listen to articles featured in our daily newsletter, the Daily Crunch, and stay updated on top startup and technology news from TechCrunch.

Listen to articles from our startups coverage, and learn about the newest companies that could change the world.