Returning to Tel Aviv for the third year in a row, with the full weight of our editorial team to bear, TechCrunch produced a day long conference focusing on the mobility industry. No longer a networking event in a bar, TechCrunch TLV welcomed 1,000+ attendees at the Tel Aviv Convention Center on June 6th.

All were eager to hear breaking news from mobility luminaries from Byton, Google, Daimler, Lyft, Luminar, Gett, and Waze, among many more. The stage also saw notable tech investors Yahal Zilka and Chemi Peres speak on the growth of the Israeli ecosystem, and newcomers like iAngels dive deep into vertical investing. Gaza Sky Geeks and Hybrid Ventures discussed Arab-Israeli Innovation.

All told, 76 startups from Israel and beyond exhibited in the first ever TLV Startup Alley, representing a wide swath of the startup scene, including pavilions from the 8200 Alumni Accelerator and WMW. 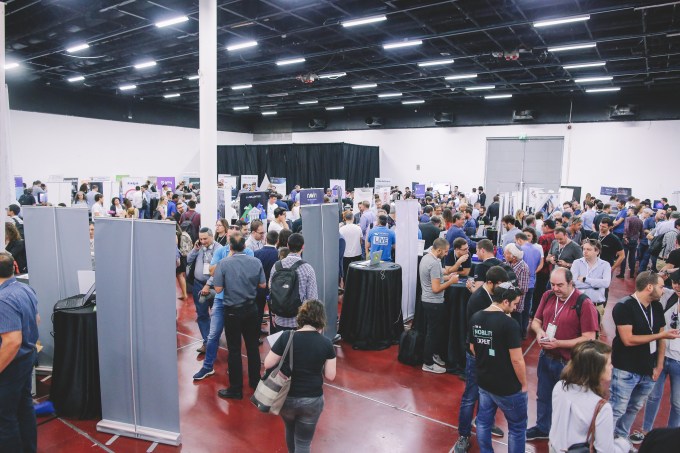 Our illustrious sponsors had a variety of programs running throughout the day. A sampling of sponsor involvement include a mini-hackathon from Here Mobility, an Innovation Break from the European Innovation Council, and United Airlines hosted our closing reception. In the run up to the event, TechCrunch partnered with national media organization Globes, who has a strong presence in Israel, and helped drive awareness around the conference.

On the day, there was approximately 30 media in attendance including AP, Bloomberg, Reuters, Business Insider, BBC and Channel 2. Numerous pieces of coverage from these outlets landed in the day following the event, illustrating TechCrunch’s commitment to examining the best of Israeli tech.

Last, but certainly not least, TechCrunch co-hosted the first ever Israeli Innovation Week in partnership with The Bridge Builders. The results were not shabby! In the freshman effort, over 9,000 Israeli tech enthusiasts registered across 20+ events, including the TC TLV conference, Verizon Ventures + Deutsche Telekom, Aleph VC, Yazamiot – Women Entrepreneurs, and the Alumni of Unit 8200. Events were held at all hours of the week, TechCrunch attended many of them, and the energy was palpable.

TechCrunch loves Tel Aviv and looks forward to building an even more robust event next year. Thanks, everyone, for coming!