Speaking at TC Sessions: Robotics + AI is an invitation-only opportunity, but on April 18, 2019, when the much anticipated TechCrunch event returns to UC Berkeley, two savvy entrepreneurs will skip past the velvet rope to make pitches for their startups before an exclusive audience of more than 1,000 VCs, founders, students, and technologists.

How will these two entrepreneurs gain such desirable access? By sponsoring an Innovation Break, only two of which are being offered during the course of seven hours of TechCrunch-curated programming on the stage of Zellerbach Hall. Each Innovation Break lasts 20 minutes, about the same amount of time as the dozen or so official panel discussions, keynotes, and demos, which means they will be difficult for audiences to miss during the day.

In fact, Innovation Breaks are heavily promoted. They’ll be listed in the official agenda, both at the event and online. Prior to the event, information on Innovation Break sponsors will be included in emails to attendees. Sponsors will also receive branding on TechCrunch.com. Just as importantly, during the event, announcements from the stage and signage throughout the venue will ensure high levels of audience awareness. 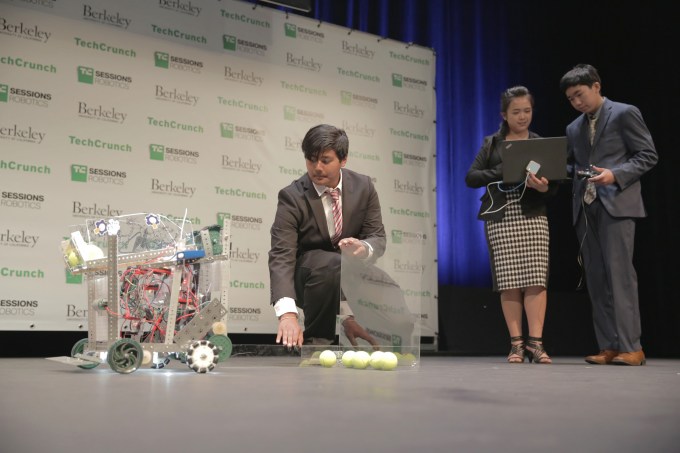 Innovation Break sponsors get to be a part of—and network with—this stellar lineup, which this year also includes such robotics mavens as Manish Kothari of SRI Ventures and Nima Keivan of Canvas Technology, both of whom will be participating in a founders forum with featured guest Melonee Wise. That’s some pretty heady company to keep, and who knows: With the connections they make in 2019, as well as the hiring prospects they meet, this year’s Innovation Break sponsors may be next year’s featured speakers.

To learn about sponsoring an Innovation Break at TC Sessions: Robotics + AI on April 18, check out our deck or fill out this form. If you’re interested in other TechCrunch events throughout the rest of year, click here for our 2019 calendar.