On April 18, an expected 1,300 researchers, entrepreneurs, engineering students and VCs will take their seats at Zellerbach Hall for TC Sessions: Robotics + AI, presented in partnership with UC Berkeley. The day will feature seven full hours of onstage interviews, panel discussions, and demos, but if last year is any indication, most attendees won’t be staying in their seats for long. That’s because some of the most engaging hours at TC Sessions: Robotics + AI happen outside the main auditorium in a smaller hall, where sponsored workshops are hosted throughout the day.

One of 2018’s most successful workshops was led by Adam Bry, cofounder and CEO of the innovative self-flying drone startup Skydio. It was Bry’s first sponsored workshop at a TC Sessions event, so he didn’t entirely know what to expect, but following an announcement from the stage in the main auditorium, 80 or so eager participants, most of them builders, began heading his way.

Bry’s idea for his company’s workshop was to spend the hour displaying the actual prototypes that led to Skydio’s production model, the R1. In the course of explaining how Skydio engineers had made their hardware and software work together, Bry was able to dig into the details that guided his team’s decisions. “The audience was very technically sophisticated,” he says. “They asked great questions.” 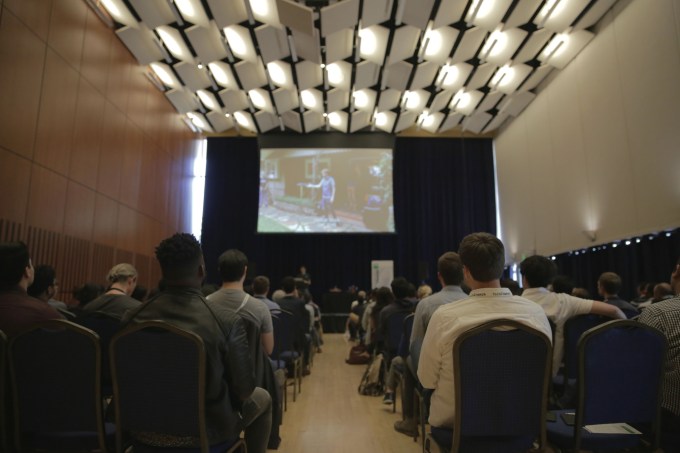 Given that 30 percent of the people attending the workshop were students, and that the rest of the crowd was composed of founders and technologists, that probably didn’t come as a big surprise. But Bry hadn’t predicted that the workshop would generate so many actionable leads.

“The talk turned out to be a great introduction to a number of relevant potential recruits,” he says, “as well as partners interested in developing on our SDK.”

You can replicate Bry’s experience at this year’s TC Sessions: Robotics + AI. Use your hour to host a workshop like Bry did, conduct a demo, or lead a panel discussion. Leave some time at the end for an informal Q&A, and then do a bit of networking afterward. Behind the scenes, TechCrunch takes care of everything. In addition to onstage announcements like the one that sent that crowd of technologists to Bry, your workshop will be listed in the day’s official agenda, both at the event and online. It will also be promoted in an email to attendees, on the event website on TechCrunch.com, and in signage at the event itself. Of course, TechCrunch provides the projector, screen, wireless mics, and an onsite A/V technician. TechCrunch will even capture the entire session on video for you, which you can use as you see fit, including on TechCrunch.com as digital content.

To learn about all of the sponsorship opportunities at TC Sessions: Robotics + AI, check out our deck. If you’re ready to speak with us about sponsoring a workshop on April 18, fill out this form. And if you’re interested in other TechCrunch events throughout the rest of year, click here for our 2019 calendar.