At the start of 2018, we promised that Disrupt SF (September 5-7), would mark a giant step forward in the development of TechCrunch’s flagship startup event. It was a clearly a necessary step because the startup world was rapidly expanding in breadth and scope, and that our longstanding formula for Disrupt SF was about to burst its seams.

The answer was to bid farewell to San Francisco’s old pier buildings, the home to many past Disrupts, and take Disrupt SF 2018 to Moscone Center West, which offered three times more floor space in a very modern convention center in downtown San Francisco.

The new venue meant we could double the speaker programming by adding a second stage for programming as well as ample room for breakout workshops and Q&A sessions. We also doubled our planned attendee capacity, which in turn allowed us to create new pass types to provide lower-priced access and more services for investors and founders. The space afforded more room for more exhibiting startups and sponsors, as well as for the first time deep show integrations for sponsors, including time on stage. And perhaps best of all, the airy, light-filled space provided a calm, relaxing atmosphere with plenty of space to work and network.

The biggest challenge was enlarging the show and at the same time extending Disrupt’s reputation for programming excellence to more categories—from blockchain to AI, aerospace to biotech, mobility to robotics—as well as embracing the ever more diverse group of people eager to participate in the conference.

We’re happy to report that we lived up to those ambitions, and in the process re-invented Disrupt in a way that will define the show for years to come. We will return to Moscone next year (October 2-4) to continue building this new generation of Disrupt events. 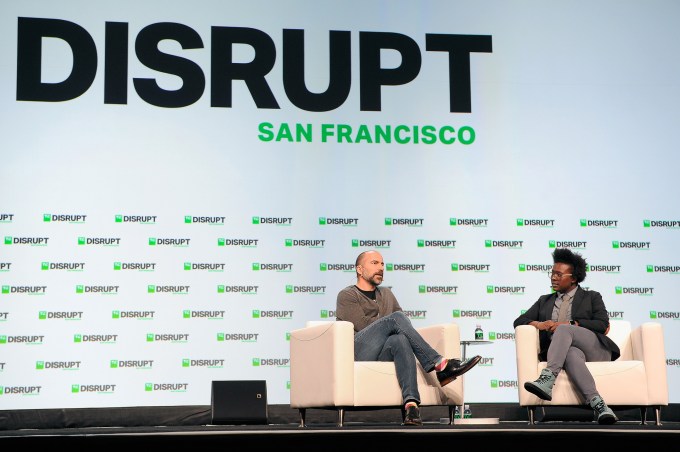 One measure of TechCrunch’s success this year was an attendee Net Promoter Score that increased with a double-digit jump from prior years and was dramatically stronger than any we have seen before for Disrupt. Another was the flood of praise from attendees in our after-show survey. Here are just a few comments:

“Firstly I think [Disrupt] occupies a unique space in the international conference calendar in terms of its niche and prominence with cutting-edge and visionary technology businesses. Secondly, it successfully attracts prominent key players that our community wants to hear from. Thirdly, the TechCrunch team are a great bunch and that culture and values come through when you engage with any of the team. Fourthly, it is professionally run.”

“I thought the niche Q&A sessions were a brilliant way to put people of similar interests in the same room. By day 3 any Q&A session I entered, I walked out with at least two new contacts.”

“Well put together event with great speakers. To be honest, this is a taste of the pinnacle of success for a lot of startup tech founders on their journey to building revolutionary businesses.”

And from media coverage of the event:

“All the major startup events have their strengths, whether its content, the tradeshow or the startup competition. But for me, Disrupt’s Battlefield is still the best startup competition around.” — Arnaud Auger, a senior advisor at l’Atelier BNP Paribas (Forbes)

“Disrupt has pretty much set the standard for what a startup event should be like.” — Jean Baptiste, Forbes

“As we prepare to head to the event [TechCrunch Disrupt], which is one of the biggest tech conferences around, we’re keeping our eyes and ears open for things to watch. Certain major themes are already popping up—some have been at the forefront of the tech world for years (Uber, diversity, what Ashton Kutcher is up to) and some have gathered steam in recent months (electric scooters, the latest advances in healthtech).” — Dana Olsen, Pitchbook

The numbers from Disrupt also tell a powerful story.

Attendees: More than 8,800 people registered for the show, doubled from past Disrupts.

Programming: The editors ran 171 programming sessions on two stages over three days, and sessions included Whitney Wolfe Herd (Bumble), Drew Houston (Dropbox), Kai-fu Li (Sinovation) and many more. Of the 156 speakers on stage, 34% were female and 21% persons of color—a reflection of TechCrunch’s commitment to diversity on stage.

Startup Battlefield: TechCrunch’s legendary startup competition introduced the world to 21 early stage contestants and the line-up of top judges picked the winner, Forethought, to join the impressive ranks of 700+ Battlefield alumni that have raised more than $8 billion and produced more than 100 exits to date. 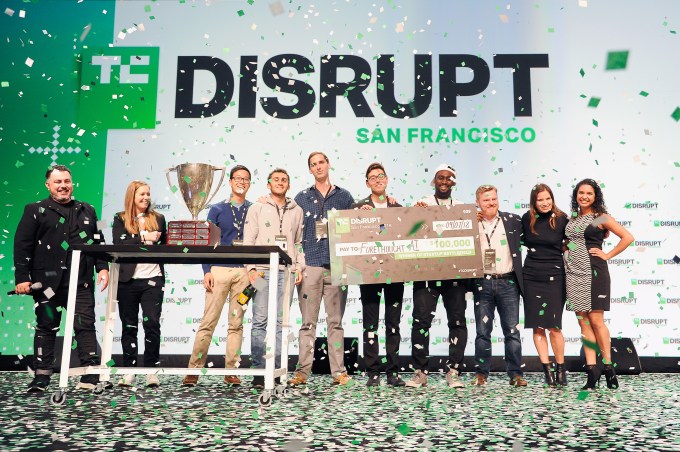 Total Audience: More than 346,000 readers followed TechCrunch’s coverage of the show, while viewers took in 7.2 million video views (live and VOD) from the show programming on TechCrunch, Yahoo Finance, Facebook, Twitter, and YouTube. More than a million people watched the livestream around the world.

Media: Some 238 journalists attended the show, including representatives from Bloomberg, The New York Times, and Forbes, and they produced 366 articles and video segments based on the speakers at Disrupt SF.

Networking: Investor-founder meetings more than doubled to reach 1,339, thanks to TechCrunch’s CrunchMatch program, which connects founders and investors with shared interests.

Sponsors: And finally, there were 81 sponsors represented on the show floor, including major corporates like Novartis, Lockheed-Martin, and United Airlines, to new tech companies as diverse as electric carmaker BYTON and social media phenomenon Bumble. 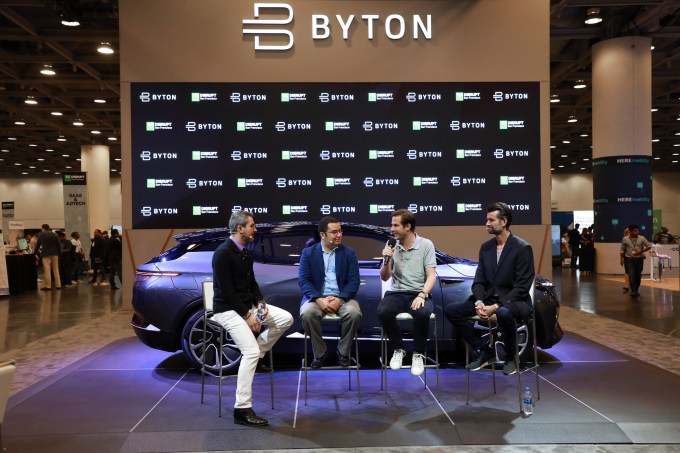 BYTON exhibiting on the show floor

For the first time, TechCrunch presented Disrupt SF sponsors with powerful options to make their own programming part of the show as well as part of the media on TechCrunch.com.

On the Next Stage, partners like Bumble, TomTom, HERE Technologies and Squirrel AI produced sponsored content presentations. In the workshop rooms, companies like Red Bull, IBM Quantum, Verizon 5G, NASA and Bose took the opportunity to discuss, reveal and teach. Overall the vastly larger space at Moscone created a crisp value and new relationships with funders, end-users, and ecosystem partners (if you are interested in being a part of Disrupt SF 2019, contact us).

Disrupt SF 2018 was an unqualified success. We hope to see you next year, when we will return to Moscone for Disrupt SF on October 2-4, 2019. Sign up here to get $500 off of your pass when registration launches.