One of the biggest bottlenecks in the EV rollout is charging infrastructure. There’s no shortage of companies taking a stab at it, but Orange believes it has a smarter approach. Working within the typical constraints of multifamily dwellings (think apartment buildings, etc.), the company makes it super easy for building managers to install sockets especially for overnight charging of vehicles (as opposed to the high-voltage, high-amperage chargers you see in fast chargers).

The secret sauce is making the sockets as easy to install as a standard household socket, and the company makes it easy for building managers to charge the tenants according to their usage. The company chose not to include the charger cables, so car owners need to use the 110V or 240V cables that came with their cars. It claims that this increases the uptime of the chargers.

“Replacing the cable for your car is like $200, and Amazon delivers them next-day. That’s a lot cheaper than the alternatives: It costs more than that to just get an electrician to show up in a truck a lot of the time,” Orange CEO Nicholas Johnson points out.

Each of the boxes includes cellular, Wi-Fi and Bluetooth connectivity, to overcome the challenge of lack of cell signal that typically exists in garages. The company is in the process of adding Wi-Fi mesh networking so each socket can extend the range of each other socket. In addition, the sockets don’t need an internet connection to start charging: A user’s phone keeps track of the amount charged, and connects with Bluetooth to activate the charging.

“The mesh network is actually only there for notifications,” Johnson adds. “Such as if someone unplugged your car, or something has gone wrong somehow. The other thing we use the network for are our own data metrics, temperature measurements and other updates we may add in the future as we make improvements to our firmware.” 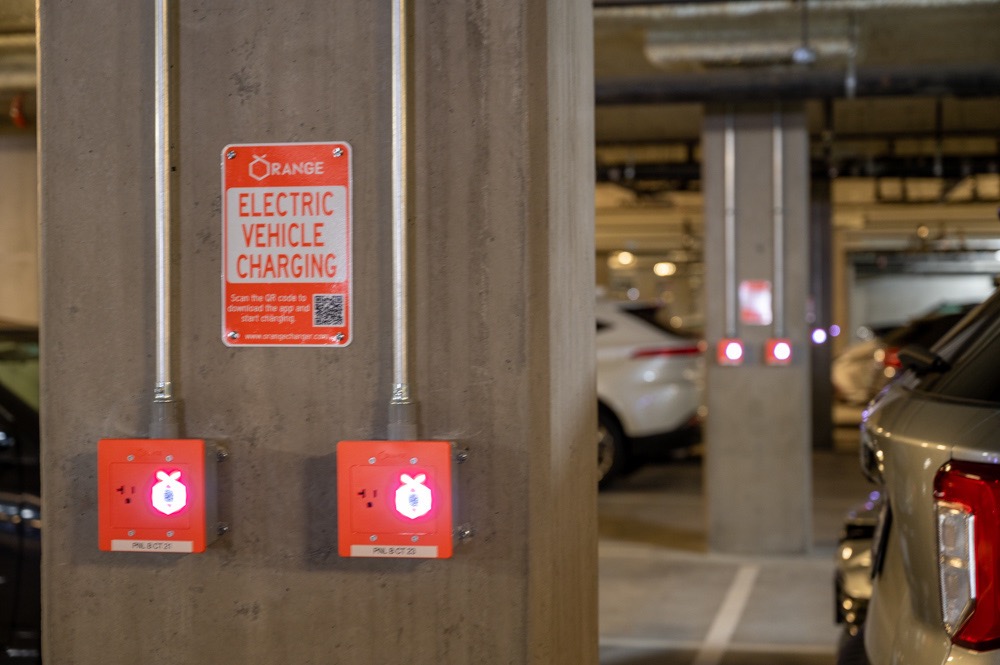 Orange’s chargers come in 110V and 240V versions, and fit in a standard two-gang box. Car owners scan the QR code on the socket to start charging, and billing etc. is dealt with via the Orange app. Image Credits: Orange.

“Orange has achieved equitable access to electricity by re-thinking the entire process of vehicle charging by creating a system specifically for apartment communities, rather than pushing a public charging model that doesn’t fit onto them,” Johnson said in an interview with TechCrunch. “Most charging infrastructure to this day is sold these overpriced pedestal boxes that you don’t really need to charge your car. Most people drive 30 to 45 miles a day, rather than driving their full battery range. As long as you can plug in reliably, you can charge your car, charging becomes almost invisible: It disappears in your life. You plug in when you get home, and when you go out in the morning, it is ready for you every day.”

The company tells me that it is picking a fight with the likes of grant-funded ChargePoint charging stations, and makes clear that it wants to run its company under a more compelling, sustainable business model.

“Our key selling points to a property owner is lowering the up-front install cost. We can then deliver a return on investment on reselling electricity. That’s the balancing act: The person who lives in a multifamily building may pay more for electricity than a single-family home. But at the same time, they didn’t have to pay to install a charger — that was paid for. The cost of the charger becomes amortized over a three to five years payback period. And then over a 10-year period, you return an investment that’s anywhere from 150 to 200% of the original cost of the infrastructure,” Johnson explains. “The other issue is panel capacity. Every building today can only support so many EVs that can charge at once. How do you charge all these EVs as they are showing up on the market?”

The company is betting that more, lower-amperage chargers dotted across a garage are better than an apartment building having a small handful of Level 2 high-speed chargers.

“People were installing five $6,000 stations, putting them in shared parking spaces. But it doesn’t work; the tenants don’t get out of bed at 11 pm to move their cars,” Johnson points out. “Data shows that cars charge for three hours, then spend six hours sitting idle. Then the operators charge fees, and we’ve spoken to drivers that were getting $40-50 fees every few weeks because they forgot to move their cars in time.” 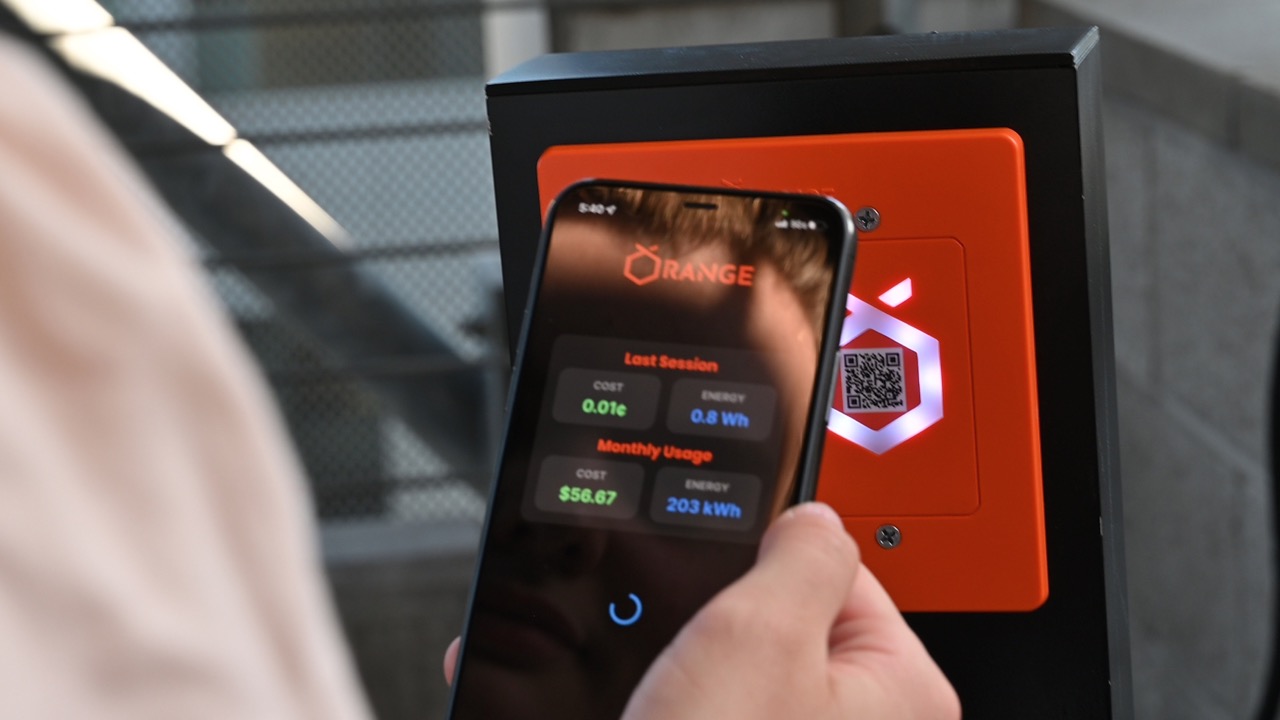 There are currently around 500 outlets installed across 75 locations, and the company is working to accelerate its rollout. The company tells me its sweet spot is large multifamily developers.

“We target developers like The Essex, Irvine, Camden, and the Greystars of the world. They have 50 or 60,000 units under management,” Johnson says, pointing out that the huge shift in EV ownership means that property managers are all trying to solve the same problem. “We target the developers, not Tesla owners who want to charge their car at their condo. We are happy to sell to them, and we help them a lot, but that’s not where we see the most value. Besides, HOAs are slow: They take six to seven months to close a deal because they have to get HOA board approval.”

The company closed a $2.5 million round late last year, in a round led by Baukunst. Intelis Capital, Elevation Ventures, and Wardenclyffe Partners also participated in the round. The company tells me it is gearing up to raise a larger round soon, to hire more (especially front-end developers), and ramp up production of the sockets via its contract manufacturer.

EDITORIAL NOTE: an earlier version of this article stated that there was only one investor in this round. That was inaccurate, and has been corrected in the article above.