YouTube and the National Football League announced on Thursday that the two have reached a deal for the NFL Sunday Ticket. Starting next season, NFL Sunday Ticket will be available on two of YouTube’s subscription businesses as an add-on package on YouTube TV and standalone à la carte on YouTube Primetime Channels. The NFL Sunday Ticket has been available in the U.S. exclusively via DirecTV since 1994, but that will soon change in a major shakeup of sports streaming.

The Wall Street Journal reports that YouTube is paying $2 billion per season in a multiyear agreement, according to people familiar with the matter.

“YouTube has long been a home for football fans, whether they’re streaming live games, keeping up with their home team, or watching the best plays in highlights,” said YouTube CEO Susan Wojcicki in press release. “Through this expanded partnership with the NFL, viewers will now also be able to experience the game they love in compelling and innovative ways through YouTube TV or YouTube Primetime Channels. We’re excited to continue our work with the NFL to make YouTube a great place for sports lovers everywhere.”

The deal will give YouTube viewers the ability to stream nearly all of the NFL games on Sunday beginning in the 2023 season, with the exception of those aired on traditional television in their local markets. During the week, games will continue to be available on other networks, including ESPN, ABC and Amazon Prime video. 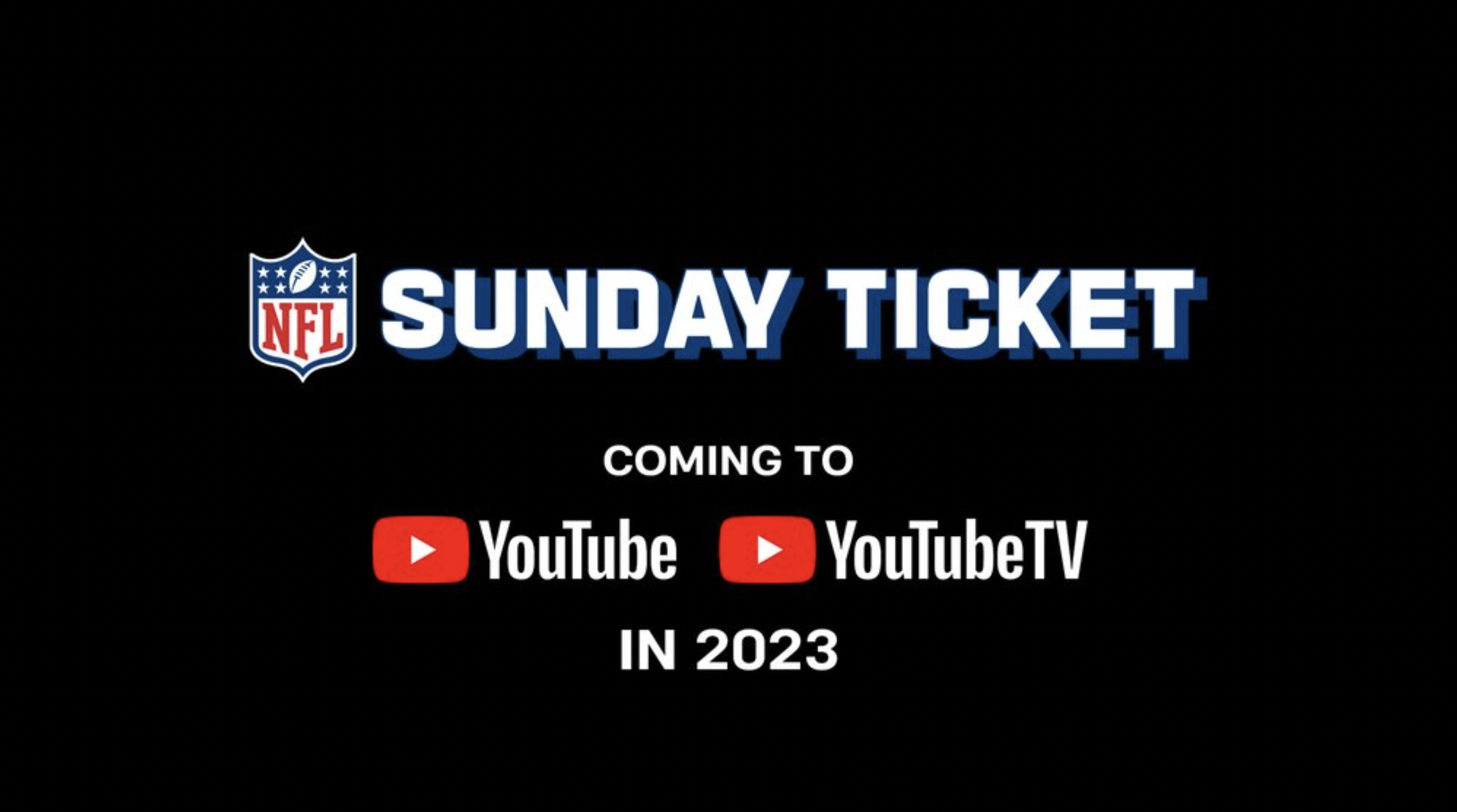 The news comes as Apple was considered to be the front-runner for the Sunday Ticket, up until the tech giant reportedly backed out. Now, the package has gone to one of its main rivals.

“We’re excited to bring NFL Sunday Ticket to YouTube TV and YouTube Primetime Channels and usher in a new era of how fans across the United States watch and follow the NFL,” said NFL Commissioner Roger Goodell in a statement. “For a number of years we have been focused on increased digital distribution of our games and this partnership is yet another example of us looking towards the future and building the next generation of NFL fans.”

YouTube’s deal marks a major shift in the media industry, which has been leaning more and more toward streaming over the past few years. Although consumers switched from cable to streaming services like Netflix and Hulu, sports fans still watched games via traditional television. But, we have slowly seen this shift, as Apple has gained the rights to Major League Baseball and Major League Soccer games, and Amazon made a deal last year for the rights to Thursday night NFL games. YouTube’s new deal cements this shift even more.