Members of the general public will be able to take a Waymo robotaxi, with no human safety operator behind the wheel, between downtown Phoenix and Sky Harbor International Airport starting Friday. Waymo will also be doubling its service area in downtown Phoenix following an initial launch of driverless rides in the area to the public last month, the company said.

The developments come a month after Waymo first began offering its robotaxi service to the airport — or rather an airport shuttle stop at the 44th Street Sky Train station — for trusted testers, riders who have been vetted by the company and have signed non-disclosure agreements.

“This is the only service of its kind in the world carrying passengers from a busy airport, especially during the holiday season, all the way to a downtown fully autonomously,” said Saswat Panigrahi, chief product officer at Waymo, during a press briefing. “All people have to do is just download an app. No wait time. No NDA. 24/7 from the airport to the downtown.” 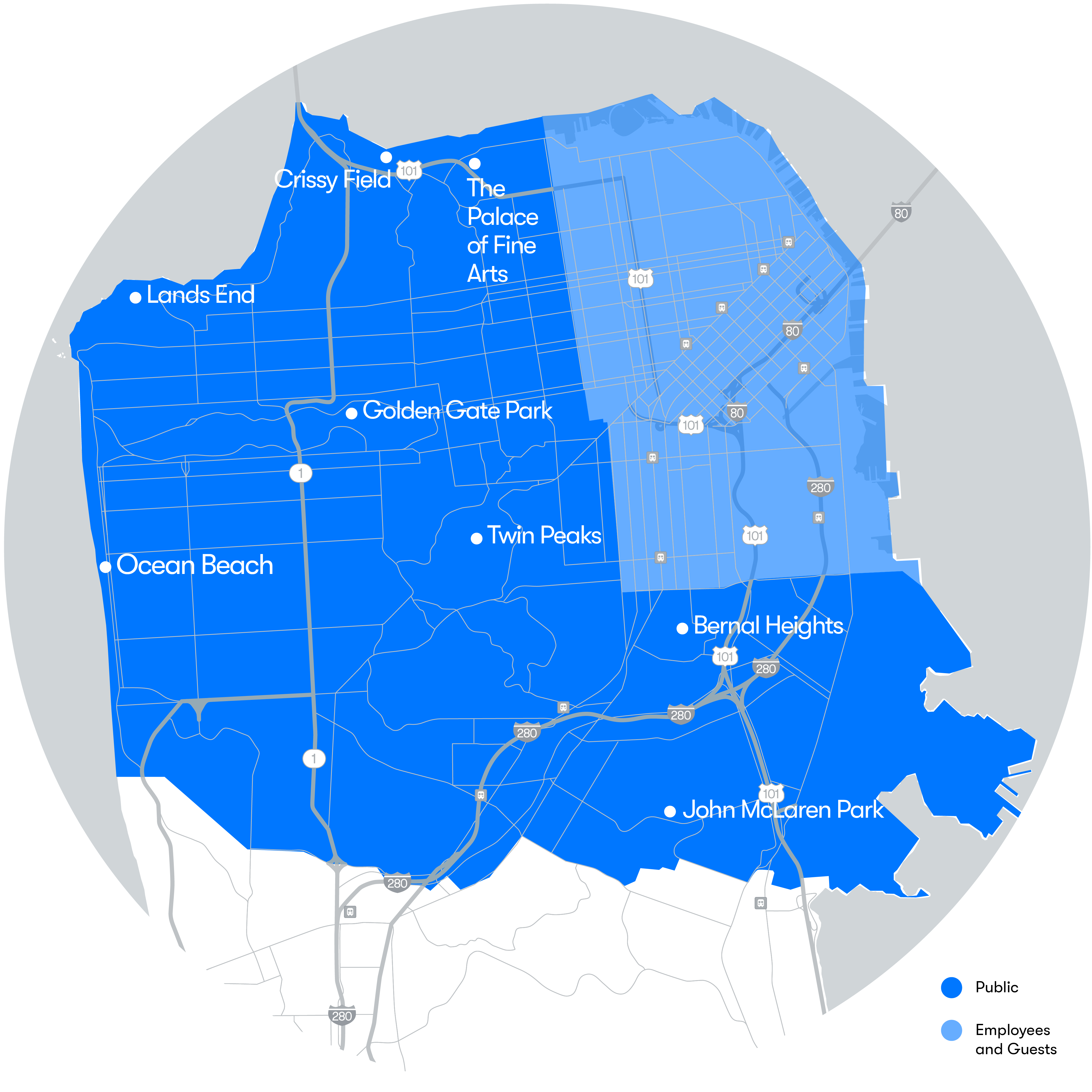 Waymo One robotaxi service is open for free to members of the public across San Francisco, with the core downtown area limited to Waymo employees and their guests. Image Credit: Waymo

Waymo also said Friday it is now driving fully autonomously across all of San Francisco. In most of the city, anyone with the Waymo One app can hail a driverless ride for free. The core downtown area is restricted to Waymo employees and their guests for now.

The autonomous vehicle company recently received a permit from the California Department of Motor Vehicles to begin charging for driverless services, like delivery, but it still needs to secure a separate permit from the California Public Utilities Commission (CPUC) before it can ask robotaxi riders to cough up a fare. Waymo finally applied for that permit earlier this week so it can catch up to competitor Cruise, which has been charging for driverless robotaxi rides at night since June and recently began offering rides during the day, as well — although only to employees for now.

As 2022 comes to a close, the strategies of both Cruise and Waymo appear to be diverging slightly. Cruise has said it aims to launch in Austin and Phoenix by the end of this year, and scale to “hundreds of thousands” of its yet-to-be-launched purpose-built Cruise Origin AVs across major U.S. cities in the coming years. Waymo, also focused on scale, has centered its efforts to building out its existing market in Phoenix as well as securing the permits it needs to commercially launch driverless rides in San Francisco and Los Angeles.

“If our goal was to stamp out three more cities, we could technically do that now,” said Panigrahi, noting Waymo has the technical capacity, at least, to successfully deploy its self-driving system branded the Waymo Driver in new cities. The operational capabilities are not yet there, though.

“Instead, what I would say we’re focused on is the markets were are in — which is now two serious ride-hailing markets,” he said. “As we’re launching the service, making the service more useful, getting more of the trip occasions…Now it’s more important to us that where we are in Phoenix and San Francisco, we’re serving more kinds of riders…which is why the airport occasion really matters in Phoenix.”

Aside from reaching airport customers — which is vital for the success of any ride-hailing business, autonomous or otherwise — Panigrahi said by simply expanding its surface area in existing cities, Waymo can hit new businesses and residences, and can also create more stickiness with existing customers who might have previously used another app to get to a desired location.

A Waymo spokesperson also noted to TechCrunch that this is why operating 24/7 has been an important marker for Waymo. 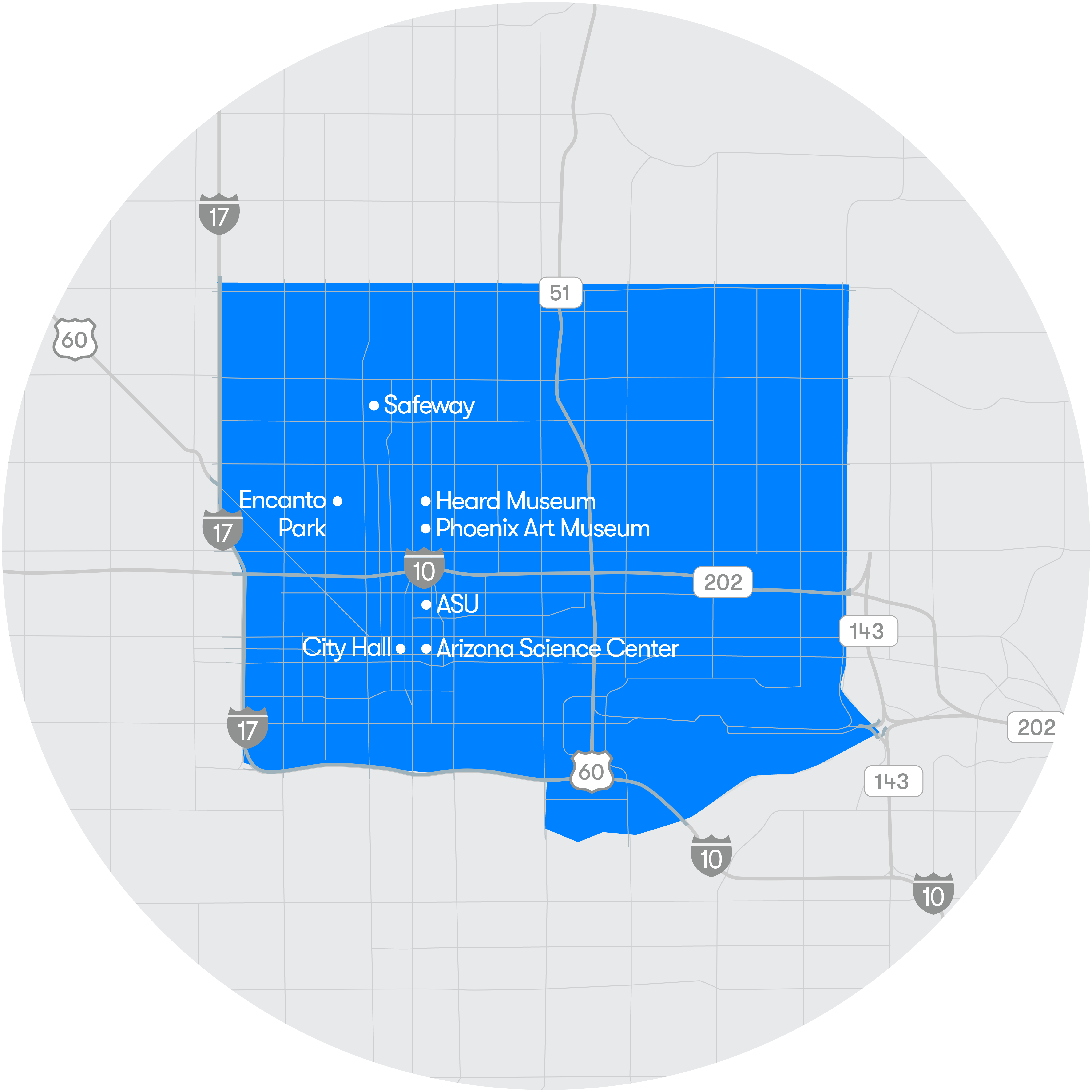 Of course, with a new airport service, there will be issues with demand and wait times, so expect Waymo to go through some growing pains. Panigrahi said Waymo has practiced moving supply to more in-demand locations and that the company has “hundreds of vehicles there to be working with.”

“I think the pool of hundreds of vehicles gives us enough flexibility to be able to dynamically increase the number of available fully autonomous vehicles at times of demand, and in other times, just make sure we’re getting value from test mileage and other kinds of experiments we’re running,” he said.

While Waymo won’t have to deal with ride-hail drivers who might cancel a fare because it’s going somewhere inconvenient, like the airport, the company will still have to make decisions as to where to send vehicles — which customers it makes wait and which it helps get to a location on time. Panigrahi said multiple factors will play into that decision, like which rider is closest, who Waymo expects it’ll be able to give better service to and how much the ride will cost.

Speaking of costs, Panigrahi said Waymo is experimenting with different pricing methods, but that he expects costs for a robotaxi to be comparable to “other ride-hailing options.”

Another risk factor with the new service is incidents on the road. Videos have surfaced of both Cruise and Waymo vehicles randomly stopping in the middle of the street and, in the case of the former, having strange interactions with law enforcement. If something like that happens when a rider is on their way to the airport, it could mean trouble for Waymo.

Panigrahi said he hopes those events will be rare, but when they do happen, it’s because the vehicle is prioritizing safety by not attempting an unfamiliar task. If a Waymo car stops, a live support agent will reach out to the rider in the car and carry them through the process. In the background, the vehicle will reach out to fleet response to ask for help interpreting a situation.

“I’m gonna be very clear, this is not somebody remotely driving the car,” said Panigrahi.

Whatever response is given might help the vehicle make a decision on how to proceed around whatever situation or obstacle arose. If not, then Waymo will deploy a team to manually disengage the car.

How long that could take is anybody’s guess. Waymo said response time depends on a variety of factors, but roadside assistance is typically within a few minutes reach if needed. The company didn’t specifically say how it might help a customer who’s trying to get to a flight on time and is stuck in a non-responsive AV.

“In the event a vehicle stops and cannot proceed, our rider assistance team will do all they can to get the rider to their destination on time,” a spokesperson told TechCrunch.