Ventures Platform, a Pan-African early-stage venture capital firm, has closed its fund at $46 million as it looks to double down on “category-leading” companies across the continent.

The six-year-old firm, which employs 11 people, initially went to the market to raise $40 million for this fund and reached an undisclosed first close last December. Most of its limited partners in the first close were primarily African based, which was a deliberate effort, according to founder and general partner Kola Aina.

“For us, it was strategic, getting local capital for our first close. But the second close, as you will see, will be from global fund of funds and DFIs where we’ve got commitments,” he said in the December interview. “Still, ultimately, as much as foreign capital is critical, I think it’s in the interest of foreign capital to be in bed with local capital from a derisking standpoint.”

Not only did Ventures Platform surpass its initial target, but it also came up with the goods regarding its next set of limited partners. Standard Bank, Africa’s largest bank by assets, is one of the fund’s newest LPs, and so are four development finance institutions (DFIs): the International Finance Corporation (IFC), the British International Investment (BII), Proparco with FISEA and AfricaGrow, a fund of funds managed by Allianz Global Investors. Other limited partners include social impact firm A to Z Impact, corporates, commercial banks, global institutional investors and high net-worth individuals (HNIs).

“No other fund in the region of our kind has four DFIs as LPs,” Aina briefed TechCrunch of the addition. “It’s great to have this diverse mix, which is important on several fronts as we’re able to sort of lean on their experience and offer our portfolio companies long-term capital.”

Ventures Platform has made over 60 investments since its launch in 2016 across sectors such as fintech, insurtech, health tech, edtech, agritech, enterprise SaaS, digital infra plays and digital talent accelerators. Some notable names from its portfolio include Marketforce, Mono, PiggyVest, and Nomba and Reliance HMO, two of YC’s most valued African startups.

The majority of these investments were made at the pre-seed and seed stages. However, since the first close of this fund, Ventures Platform, which made a complete exit during Paystack’s sale to Stripe, has upped its game and now cuts Series A checks for its portfolio companies, some of which can directly access follow-on capital (Series B up) from the firm’s limited partners. Aina noted that the Abuja- and Lagos-based early-stage firm intends to lead pre-seed and seed rounds, investing an average of $250,000 while participating and writing follow-in checks of more than $1 million at Series A rounds.

The close of this fund comes at a time when deal flow activity in Africa has declined as a result of the local and international venture capitalists retreating amid rising interest rates and reversal in public markets globally. This turn of events is evident in venture capital numbers recorded in both years. For instance, African startups raised slightly over $5 billion, a figure that many thought would be significantly surpassed at the start of 2022; however, counting down to the end of the year, it appears that figure will be maintained or just slightly topped.

Startups, this period, are making efforts to extend their runways as long as possible and optimize their burn. And while Ventures Platform has provisions to support and scale its portfolio companies in times like this via a value-add avenue dubbed “Platform and Networks” practice, Aina, like many investors, is content with the present reset in Africa’s fundraising environment.

“In the last couple of years, particularly in 2020 and 2021, there was a lot of pressure to rush processes. But now we’re very pleased to be where the market is as we see valuations normalizing and the velocity is more reasonable,” said the general partner. “So we’re able to carry out due diligence and governance properly. We’re being a lot more deliberate about the kind of founders we are backing because it’s a long-term partnership, being mindful of the business models and the economics and ensuring that we have enough capital reserves to support our companies.”

Last December, Aina mentioned that Ventures Platform was beefing up its activity in other markets outside Nigeria, actively seeking opportunities in regions such as Kenya, Egypt, and French-speaking West Africa. The update is that the firm has backed 20 startups in the past year, some of which are from Senegal, Kenya, Uganda, and South Africa.

Ventures Platform has also made a series of strategic team additions at the partnership and senior management levels. First, Damilola Teidi, the former director of startup support at incubation hub CcHUB, heads the firm’s Platform and Networks team and Desigan Chinniah, an early engineer at eBay and well-known investor who has backed some African startups, joins the firm as a venture partner. 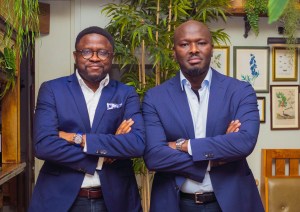 Then, Ventures Platform welcomes Dotun Olowoporoku as its managing partner. Olowoporoku is on a small list of tech professionals who have performed founder, investor and operator roles on the continent. He launched an on-demand food delivery platform in the U.K. a decade ago, ran Starta, an advisory firm for upstarts and scale-ups on the continent, worked as a principal at Pan-African fund Novastar Ventures, and most recently, was the chief commercial officer (CCO) at QED-backed TeamApt.

“Kola and I were intentional about complementing each other and taking roles that leverage our strengths, experience and expertise,” Olowoporoku said in a chat with TechCrunch. “I’m primarily responsible for leading on investment process and management, market analysis and research market analysis and research, portfolio support, communications and ecosystem engagement.” He will work closely with Aina as both partners, widely considered among the most founder-friendly in Nigeria’s tech ecosystem, look to make lucrative bets to help return this oversubscribed fund.

Launch Africa, the VC firm that has backed over 100 startups, closes first fund at $36.3M