Heartex, the well-funded machine learning data labeling startup, is launching a major update to its platform today that will open up new use cases for its tools by making annotating audio files in the commercial and open source versions of its Label Studio a lot easier for its users. These updates include a new user interface, optimized for working with audio files, the ability to annotate longer files (up to two hours in length) and millisecond controls in the built-in annotation tool. There is also now a new rendering engine for displaying waveforms. In a previous update, Heartex also added to its tool features like frame-by-frame video object tracking and an overhauled annotation UI.

The company says about 150,000 users are currently relying on Label Studio, with more than 95 million annotations created so far. 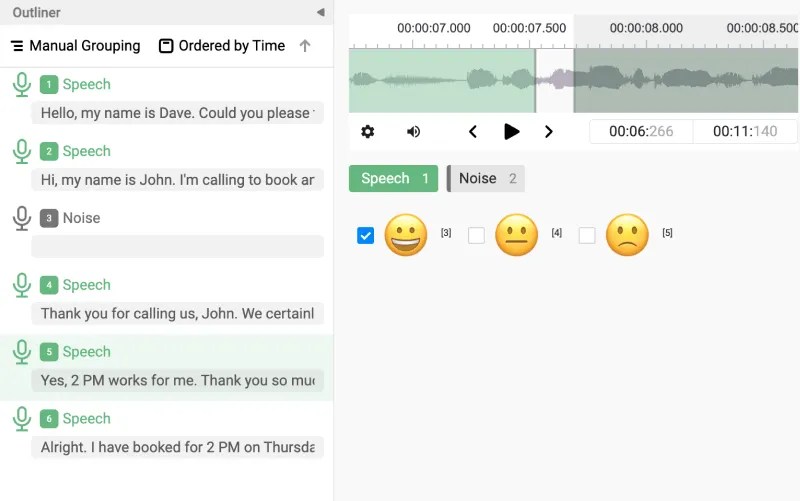 “When we were originally thinking about building the data labeling solution, we did a lot of data scientist interviews,” Heartex co-founder and CEO Michael Malyuk told me. “And what we figured out is that many of them say they don’t have enough flexibility with existing tools. There is a tool for images, but you can only put a single image on the screen. There is a tool for our audio, but it’s very hard-coded in terms of the use case. And we thought that for the Label Studio, when the data scientists would have a question mark inside their heads ‘does it support my use case?’ The answer always has to be yes — it always has to support your use case.”

And, of course, to label data, all you need to be is a subject matter expert, not a software engineer. The idea behind Label Studio is to enable virtually anyone to label your data. “We think that every AI company is going to transform into a data labeling company or a dataset development company,” Malyuk said. Essentially, he said, Heartex wants to make Label Studio the de facto IDE for dataset development.

Looking ahead, he noted that the company plans to invest heavily in its user community — and it plans to host its first Label Studio user conference next year.