Twitter apparently suspended its open source competitor Mastodon from the service on Thursday afternoon. Just prior to its suspension, Mastodon (@joinmastodon) tweeted a link to the jet tracking account on its own service, according to archives.

Update: As of 6:30 PM PT, many links to Mastodon no longer work on Twitter, which flags them as “potentially harmful.” Tweeted links to some servers without Mastodon’s name in the domain still appeared to work in our testing. Banned domains include mstdn.social and mastodon.social, while links to journa.host and others still work.

Many Twitter users added a Mastodon profile link into their bios as the Twitter alternative picked up steam. Now, any links to blocked Mastodon servers are disabled and accompanied by the text “Warning: this link may be unsafe.”

As of 8PM PT, Twitter has blocked links to more Mastodon servers that don’t reference the service in the domain name, including journa.host and SciComm.xyz. 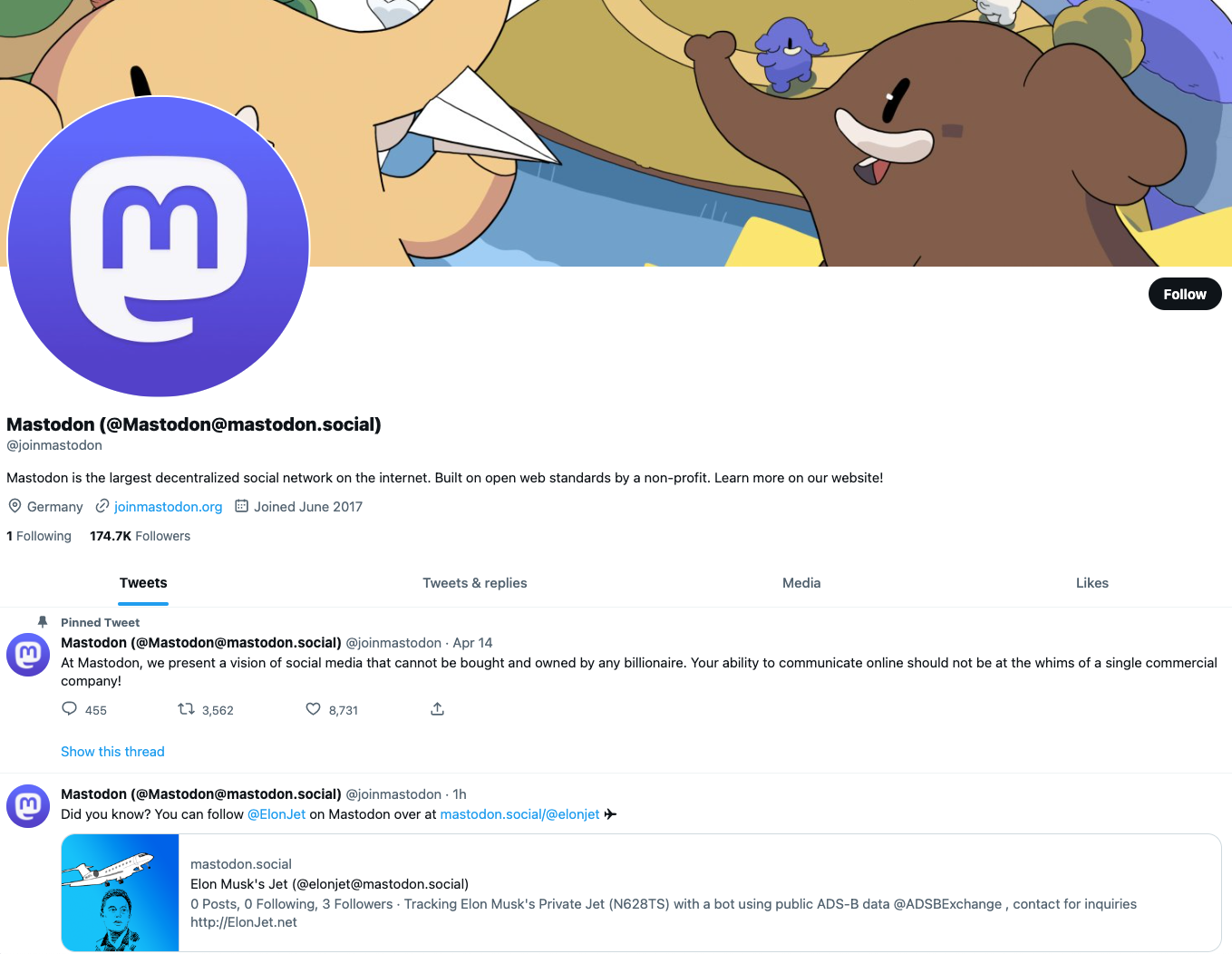 The now-banned Twitter account @ElonJet belongs to Florida student Jack Sweeney, who also operates a number of other flight-tracking bots that curate flight information from public data. Sweeney’s personal account was also suspended from Twitter along with many of the bots, including one that issued updates on Meta CEO Mark Zuckerberg.

In early November, Musk struck a different tone about the account but he’s since backtracked, adjusting Twitter’s platform policies in light of his personal preferences. “My commitment to free speech extends even to not banning the account following my plane, even though that is a direct personal safety risk,” he tweeted. That tweet is now accompanied by community notes explaining the @ElonJet saga. 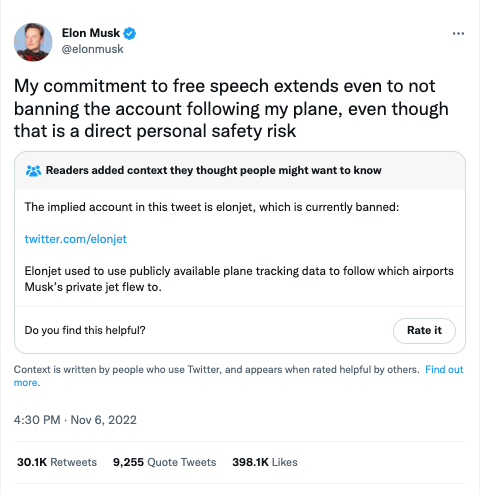 Musk’s personal and political preferences have guided a number of Twitter policy decisions since the company’s hands-on new owner took over. While Musk initially declared that Twitter would allow any content that isn’t illegal, he’s since disallowed specific accounts for personal reasons.

Musk reinstated a wave of high-profile Nazis and white supremacists earlier this month but drew the line at Sandy Hook conspiracy theorist Alex Jones, citing his personal experience of fatherhood.

On Mastodon, a federated, open source Twitter alternative, a single individual can’t set the rules for the whole platform. Mastodon’s servers — separate but open instances of the social network — are run by individuals who can set rules, but users can also decamp to a different server if they don’t agree with those choices.