In a blog post announcing the acquisition, Gerkey assures that there won’t be any disruption in day-to-day activities with respect to OSRF’s oversight of the ROS robotics middleware, the Gazebo 3D robotics simulator and Open-RMF. OSRF will remain in charge of the open source intellectual property, project governance and growing the ROS, Gazebo and Open-RMF communities after the deal closes. It’ll also continue to administrate the GitHub organizations, run the respective project websites, put together the annual ROSCon convention and support TurtleBot, the low-cost robot kit manufactured by Open Robotics in partnership with Clearpath Robotics and ROBOTIS.

“Together we will give the robotics community great new features in ROS, Gazebo, and Open-RMF, while also building new products and services on top … You can expect ROS 2 Iron Irwini to be available in May 2023 on schedule,” said Gerkey, who will join Intrinsic as part of the OSRC team post-acquisition but continue to serve on the board of OSRF. “We will continue to improve ROS, Gazebo, and Open-RMF so that they can be used in even more domains, with ever-higher demands for software quality, testing, and platform support.” 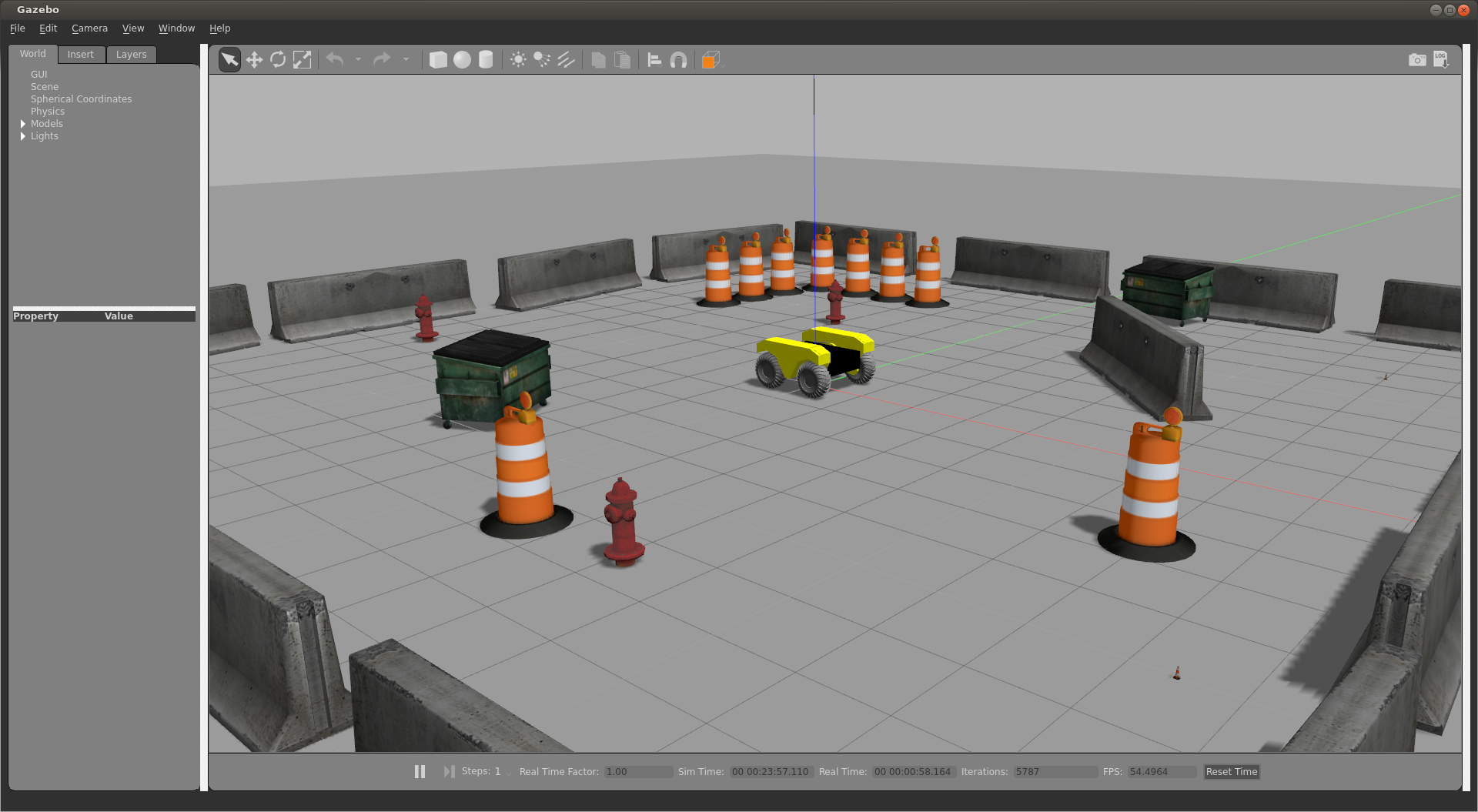 A screenshot of Gazebo, which can be used to simulate a range of different robots, including autonomous cars, in various scenarios. Image Credits: Clearpath Robotics

Headquartered in Mountain View, OSRF — which predates Open Robotics — was founded in 2012 with the mission of supporting “the development, distribution and adoption of open source software for use in robotics research, education and product development.” Its beginning can be traced to Willow Garage, a robotics research lab and incubator created by Scott Hassan, an early Google engineer-turned-billionaire tech entrepreneur. Willow Garage was gradually dissolved into a number of spin-offs, including OSRF.

OSRC launched in September 2016 and together with OSRF became known as Open Robotics. In 2018, Open Robotics opened OSRC-SG and announced collaborations with the Singapore government to work on robotics applications for the healthcare sector.

Open Robotics funds its operations through the contributions of various public and private entities, including DARPA, NASA, Amazon, Bosch, Nvidia and the Toyota Research Institute. DARPA awarded OSRF its first contract to support open source simulation software for the DARPA Robotics Challenge, and OSRF has in turn provided resources to support NASA’s Space Robotics challenge and the DARPA Subterranean Challenge.

Intrinsic got its start more recently. Spun out of Alphabet’s X R&D lab and led by Wendy Tan White, the former VP of Moonshots at Alphabet, the company is focused primarily on developing control software for industrial robots. As my colleague Brian Heater notes, Intrinsic has mostly stayed silent since its launch, opting instead to focus on building out some technology pilots with manufacturing firms. But Tan White did reveal in a recent interview with TechCrunch that Intrinsic plans to launch a software layer next year that will be able to interface with automotive assembly, electronics manufacturing and logistics robots, allowing users to create apps and test them in a simulator before deploying them on real-world machines.

“Our mission is to democratize access to robotics. We believe that the long-term support for developers of the global ROS community is key to this mission,” Intrinsic said in a statement about the Open Robotics acquisition today provided to The Robot Report. “Our team is eager to welcome and work with our new colleagues, expand our use and integration of ROS tools, and build the Intrinsic platform. As we work together to support and serve developers, we see immense value in creating a software platform that expands access to intelligent robotics in a way that’s compatible, useful, and open, while creating countless opportunities where they didn’t exist before.”