Boom Supersonic is working hard to upend the status quo in commercial flight with its Overture airliner — a supersonic craft that will be propelled by brand-new engines the company just revealed. Building from scratch shows that Boom is doubling down on setting itself apart from the rest of the industry.

Building a new aircraft is hard work, and one tough decision is which parts do you want to source off the shelf, customize, or design yourself. Why reinvent the flap system if you can buy one that works perfectly well?

But in the case of Boom, they are attempting to build “an economically and environmentally sustainable supersonic airplane — a combination unattainable with the current constraints of derivative engines and industry norms,” CEO and founder Blake Scholl said in a news release. If you want to leapfrog your competition, you can’t ask them to do it themselves, in other words.

The Symphony engine will be designed from scratch by Boom’s partners: Florida Turbine Technologies (a subsidiary of Kratos) will do the engine design proper, GE Additive will consult on manufacturing, and StandardAero will be on maintenance duty.

Symphony will be a medium-bypass, twin-spool, turbofan engine sans afterburner, with 35,000 pounds of thrust at takeoff. Its intake and exhaust are designed to thrive under supersonic flight and reduce noise. And it is built specifically for use with Sustainable Aviation Fuel, a cleaner alternative to ordinary jet fuel — albeit one that costs several times more right now.

It’s about this big: 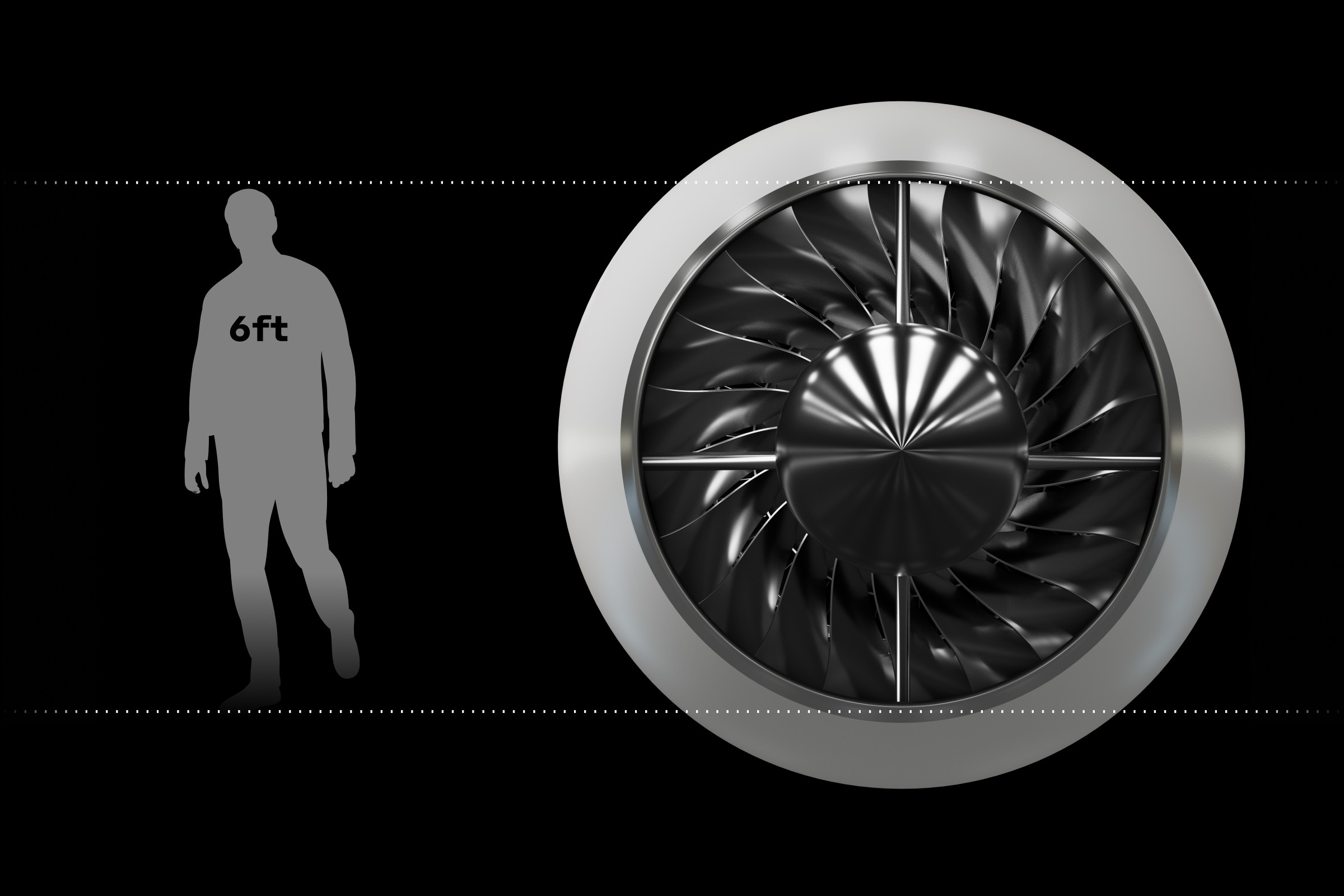 Boom claims that Overture will “operate at net zero carbon,” though considering the aircraft is essentially still on the drawing board, we may as well take that as aspirational rather than factual.

At least they’re realistic about the roadmap: production of the engine is planned to start in 2024, with rollout and testing in 2026 and first flights in 2027, and if all goes as planned, the airliner could be certified for operations in 2029.