For companies aiming toward net zero, tracking scope 3 carbon emissions is a key challenge. Scope 3 are emissions along a supply and value chain, which means they have to account for a large number of partners. Avarni automates much of the process and says it can cut down the amount of time spent on carbon reporting from months to minutes. The Sydney, Australia-based startup announced today it has raised $3 million for its carbon management platform. The funding was led by deep tech venture firm Main Sequence, with returning investors Vulpes Ventures and Common Sense Ventures.

Avarni’s platform aggregates supply chain and spending data into one comprehensive dataset, and uses that and AI to help clients report and forecast their carbon footprint. Since its launch last year, Avarni has analyzed more than $100 billion in corporate spending data and 100 million tons of carbon dioxide equivalents in supply chains, from public and private markets. Its clients include consulting firms like KPMG Australia and Point B, and solar energy startup 5B.

Avarni was founded by CEO Tony Yammine, previously a management consultant at KPMG Australia; CPO Misha Cajic, a former Atlassian product manager; and CTO Anuj Paudel, who was a cloud network engineer at Macquarie Telecom Group. Yammine told TechCrunch that the team’s experience with their former employers gave them the opportunity to speak to hundreds of enterprise companies about the challenges they faced tracking and reporting on scope 3 emissions.

A CDP report shows that scope 3 emissions account for as much as 75% of total corporate emissions. But they are hard to track because companies need to get emissions data from their supply chain, and that is often incomplete or inconsistent and requires a lot of organization. Avarni deals with that challenge by using its dataset to help identify emissions hotspots in supply chains, and is able to do so regardless of the structure or taxonomy of input data, Yammine said. 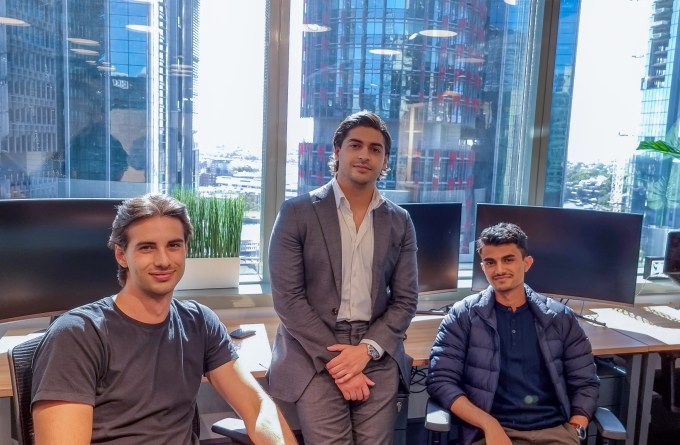 KPMG Australia used Avarni to progressively map climate risk in its supply chain by asking its 20 largest vendors, which account for 40% of total annualized goods and services on spend, to provide carbon performance data. Point B, meanwhile, is working with Avarni to provide quicker greenhouse gas emissions insights to its customers.

The startup monetizes by charging professional services and consultancies a flat fee each month based on licenses. Enterprises pay a flat fee based on the amount of procurement data analyzed by Avarni. The company doesn’t price by supplier, Yammine said, because it doesn’t want to disincentivize emissions forecasting based on the size of a supply chain. It also recently launched modular pricing that will let clients pay by the components they need, including researching, benchmarking and carbon forecasting.

Most of Avarni’s competitors are in the U.S. and include Persefoni, SINAL Technologies and Watershed. Yammine said it differentiates by using AI to speed up the decarbonization process. “Carbon reporting companies claim to automate data, but it’s not possible to automate data if you don’t have AI technology and comprehensive dataset to begin with.”

The company will use its new funding to develop its platform. It will also hire more employees and open an office in the U.S.

In a statement, Vulpes Ventures managing partner Field Pickering said, “What Avarni has achieved over the last year has been phenomenal and they are on a strong trajectory despite a challenging economic environment. The team is rapidly building one of the biggest datasets available on corporate emissions. This is the intelligence businesses need to inform their decarbonization strategies—and Avarni is at the forefront of rapidly collecting this information.”