Everyone who has email knows what a canned marketing email sounds like (and has probably deleted tons of them). For sales development representatives, automated emails are necessary to create the volume of outbound inquiries they need to get a decent number of leads. But badly written emails result in few replies and also make companies look bad. SellScale wants to do away with standard “spray and pray” campaigns with a platform that uses generative AI, including GPT-3, to craft more natural sounding, personalized emails at scale.

SellScale announced today it has raised $3 million in funding led by Pear.VC’s Pejman Nozad, with participation from Ovo Fund’s Eric Chen and Browder Capital’s Joshua Browder. The startup claims its revenue has doubled month over month for the last three months.

Founders Ishan Sharma and Aakash Adesara met in high school and were roommates at UC Berkeley. After graduating, each of them had jobs where they worked closely with sales and growth teams. Aakash was in growth engineering at Nextdoor, while Ishan held a position in McKinsey’s Growth, Marketing and Sales Service lines. The two reunited at healthcare startup Athelas, where Sharma was in charge of marketing and Adesara led growth engineering.

As a side hustle, the two started DailyDropout.FYI, a weekly newsletter that focuses on one startup a week and has 80,000 readers. They sent cold emails to founders, researching their backgrounds and products to say why they wanted to feature them. The process was time-consuming, so Adesara decided to train OpenAI’s language model GPT-3 on 100 emails Sharma had written.

Those emails were able to get 35% conversion rates, so they also started using language models to reach potential advertisers. As a result, the two say they were able to grow DailyDropout.FYI to six figures annually. 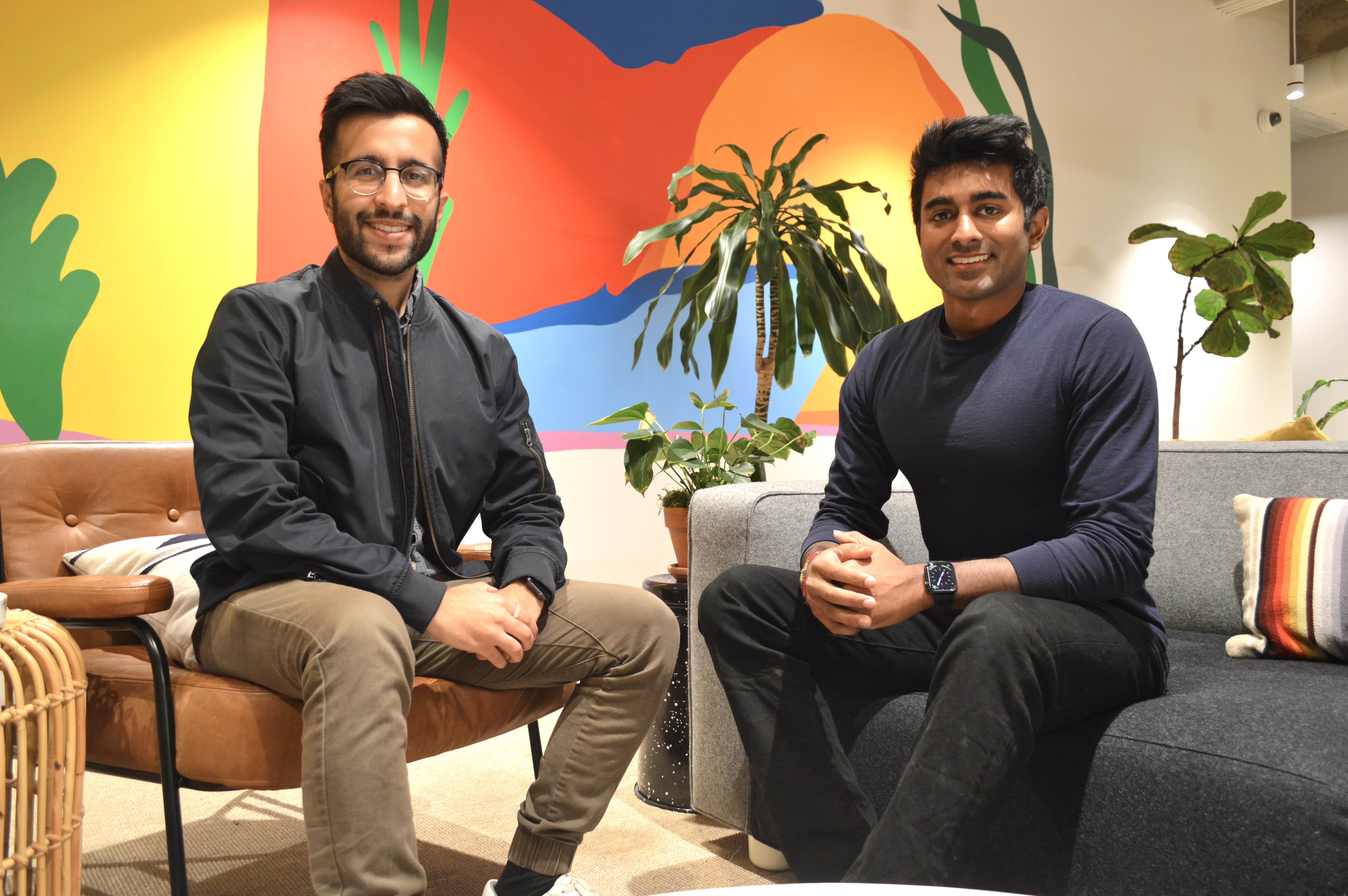 SellScale was founded after the two decided to bring the tools they had created for their newsletter to larger teams. To use SellScale, sales development representatives first pull the best outbound emails written by their teams to train GPT-3 and the other language models used by the platform. Then SellScale personalizes those emails by pulling data from clients’ CRMs and publicly available information from more than 40 data sources, including social media platforms, RSS feeds and articles. As more emails are sent through SellScale, its AI continues to use successful ones to refine its models.

To help cutdown on a growth team’s workflow, SellScale integrates with tools like Gmail, Outreach.io, Apollo, LinkedIn and Zapier.

Sharma said SellScale takes small details seriously. For example, if a client in healthcare is sending emails to licensed doctors, it automatically adjusts its model to write “Dr. [last name]” instead of their first name.

SellScale also works closely with the sales team to help them hit quarterly revenue targets. Sharma said many have seen up to 70% more qualified conversions after they started using SellScale.

Startups that use GPT-3 to help marketing customers have pulled a lot of investor interest lately. Some that TechCrunch have covered include Regie, ScaleNut and Copy.ai.

Sharma said SellScale differentiates from other writing platforms that use large language models with its workflow automation tools that automatically generate, send and fine-tune emails with minimal coaching. After their experience with growth teams at Athelas and Nextdoor, Sharma and Adesara wanted SellScale to require as little involvement as possible from sales development representatives.”

“We don’t want to be another tool to their dozens,” he said. “Many competitors measure the value of their product on how much time salespeople spend inside their product. We measure value with how much sales people don’t have to use SellScale or prospecting tools to write outbound.”