TechCrunch caught up with Goldman this week to hear what he thinks about today’s market and what he’s telling his portfolio companies about how to prepare for next year.

“We do want them to be extremely cautious about cash all the time, but especially now,” he said. Though the reasons why that’s the case today aren’t necessarily the same as they were a decade or so ago when the last cycle went bust.

Goldman has been investing for over 20 years. He comes from a more traditional energy background consulting on energy projects in Asia and financing large-scale energy and power generation projects. He moved to clean energy in the early 2000s, and in 2006 helped co-found the Cambridge, Massachusetts-based Clean Energy Venture Group, a collection of angel investors who focus on energy-related climate tech. Later, in 2017, he co-founded Clean Energy Ventures to make early-stage investments. Since the firm’s inception, it’s made over 100. 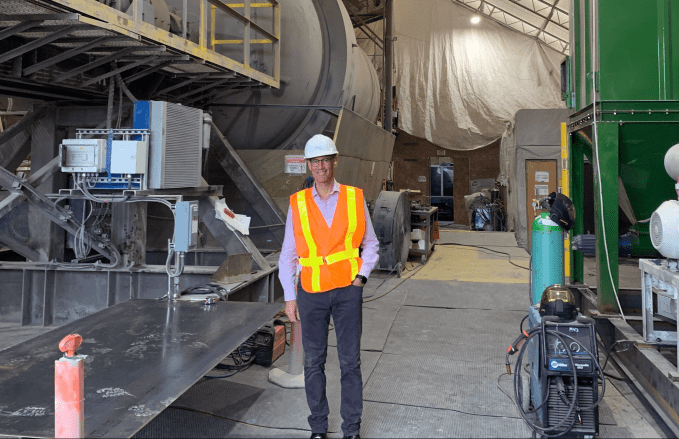 Clean Energy Ventures invests in early-stage companies that have already received some grant money or angel investments but have yet to raise a venture round. The firm likes to lead the first institutional round of investing, helping guide its investments in things like team development, intellectual property strategy and marketing strategy. It also makes introductions to partners for follow-on financing, which it often participates in as well.

As climate tech investors go, the firm is relatively focused. While it invests in everything from materials recycling to hydrogen production and software, there’s usually an energy component involved. Goldman said Clean Energy Ventures does extensive lifecycle analysis for each of its investments to help ensure that they fit the firm’s “mandate”: Prospective portfolio companies have to reduce greenhouse gasses by a cumulative 2.5 gigatons from when the firm invests to 2050.

“If they can do that, we think that aligns with financial objectives of returns because we see the potential for them to grow to really large businesses.” His optimism is at least partially predicated on recent data. “When you look at the statistics of the general venture markets, they’re down over 20% in the first nine months. And climate tech is up 50%,” Goldman said.

Getting there isn’t easy, of course, and Goldman has some cautionary advice to share with founders. It’s based not on concerns over whether climate tech is headed in the right direction, but rather on how much money has been flowing to companies from investors not traditionally involved at earlier stages.