Erika Brodnock Contributor
Erika Brodnock is a serial entrepreneur, philanthropist, research fellow at King’s College London and a Ph.D. candidate at the London School of Economics and Political Science. Erika founded Karisma Kidz and is co-founder at Kinhub (formally Kami), an employee well-being platform focused on enhancing equity and inclusion in the future of work.
Johannes Lenhard Contributor
Johannes Lenhard, Ph.D., is centre coordinator at the Max Planck Cambridge Centre for Ethics, Economy and Social Change.
More posts by this contributor

he following is a lightly edited and truncated excerpt from “Better Venture: Improving Diversity, Innovation, and Profitability in Venture Capital and Startups,” by Erika Brodnock and Johannes Lenhard, published by Holloway.

Brodnock and Lenhard interviewed more than 80 founders, investors, limited partners and academics to determine what needs to change to create a more equitable venture and startup ecosystem.

It’s the last day of the TechCrunch+ Cyber Monday sale! Head here for details, and don’t miss out!

The stats they cite are harrowing, though not unfamiliar: Women received just 2.4% of all VC funds last year, a number that dwindles when race is taken into account. Meanwhile, Black founders received around 1.3% of all VC funds, with Latin founders raising around 2% — those numbers are on track to remain similar as this year comes to a close. The inequities in venture capital are spread throughout the Western world.

The authors of this book hope to propose new ways of thinking about VC and suggest modern approaches to leveling the playing field once and for all.

The problems within venture capital are structural

In an examination of important historical texts relating to the transoceanic spice and tea trades, the trans-Atlantic slave trade, and slave owner compensation payments and their uses, we have been able to piece together an evidence-based account that traces venture capital back to the trans-Atlantic slave trade, while identifying direct links between the regimes and practices, methods, customs, and traditions developed by enslavers, ship captains, and their financiers and how the venture capital and high-growth entrepreneurial industries still operate today. [ … ]

“Capitalism, and indeed the foundations of venture capitalism, began in brutality.” Better Venture

The earliest forms of venture capital existed long before the 19th-century railroad (U.S.) and railway (U.K.) era, or the 19th-century whaling industry, as most popular literature portrays. From the early 1500s forward, the Portuguese, Spanish, English, French, Dutch, and others fought to control the resources of the emerging trans-Atlantic world and worked together to enslave the Indigenous people of Africa and the Americas.

The trans-Atlantic slave trade began when the Portuguese kidnapped and packed no fewer than 400 people at a time on ships that sailed from the west coast of Africa, taking enslaved Africans back to Europe. Pirates regularly captured ships, and risk-ridden voyages often ended in death or theft of the cargo.

The system was not primitive, as is often reported. It was premeditated, globalized, and impeccably organized. Traffickers shared information via written documents, including letters, lease agreements, bills of sale, logbooks, and passports. Everyone involved in a slaving venture paid close attention to the materials related to their business transactions. Often, maritime cargoes were owned communally through the distribution of individual shares.

These collectively constructed legal partnerships opened early transoceanic trading opportunities to a diverse group of traders, colonists, and mariners. They created a decentralized mercantile trade that dispersed profits throughout communities engaged in the trade of enslaved people. The trans-Atlantic slave trade and its associated industries created great wealth for many individuals, families, and countries in the West. It simultaneously wreaked devastation on the African diaspora, where economic and agricultural development and intergenerational wealth have trailed ever since.

Before Tesla, Microsoft, Meta, Google, or Oracle, the world’s most powerful company was the East India Company. The EIC was founded in 1599 to give the British a place in the lucrative Indian spice trade and rose to become a British colonial powerhouse. It traded and taxed, persuaded and extorted, enriched and looted, and was so profitable and powerful that it single-handedly dominated the majority of the Indian continent, owned an army twice the size of the British Army at the time, and monopolized a plethora of transoceanic trades.

By the 19th century, the EIC had earned the title of the world’s most powerful business, with control of more than half of Britain’s trade. The EIC is significant for three reasons.

First, the EIC was formed as a joint-stock company, an antecedent to the modern-day corporation (with the exception of unlimited liability). The company is owned by its investors, with each investor owning shares based on the number of stocks purchased. Indeed, the term “investment” is first used in the context of investing money as part of a multi-stage process that converts goods or money into an alternate form that can subsequently be used to purchase other goods. As part of its definition of commercial investment (“the investing of money or capital”), the Oxford English Dictionary describes the earliest use of investment as “the employment of money to purchase Indian goods.”

Second, the trade being embarked upon by the EIC was novel and risky, with the potential for exceptionally high rewards. The company intended to command market share in the Indian spice trade, which had, until that point, been monopolized by the Spanish and Portuguese. Third, the company’s management was economical, deploying an innovative method of slavery that kept them lean and efficient as they scaled operations. [ … ]

The founding of the EIC at a meeting in September 1599 brought together a group of investors whose participation in risky new overseas ventures drove England’s commercial and imperial growth. The establishment of the EIC depended on the investors’ decision to entrust their wealth and reputation to a company with no track record, limited state support, and no presence in the Asian markets in which it would operate. Investing substantial sums in the EIC must have been a frightening and highly risky choice, especially for inexperienced investors.

Despite the impact that the EIC would have on finance, investment, and empire over the next two centuries, we continue to treat the EIC as a homogeneous, monolithic enterprise rather than as an organization composed of and dependent upon what is today seen as venture capitalist and angel investor networks — a collective of investors who, either as individuals or collective groups, invest their money into high-risk, high-reward potential companies for an equity stake, which, in the case of the EIC, the company’s management team transformed into goods that were vendible or convertible into spices that could be sent back to Europe and sold there.

The EIC differed from other enterprises of its time by advancing from merely spending money (for the purchase of Indian goods) from which a profit was expected. Their “investments” put money and goods to another use. It is the transformational power of investment that changes one commodity into another commodity, then into a profit. This productive or “value-added” use of capital was used to drive profitability and provide a substantial return to the company’s investors. 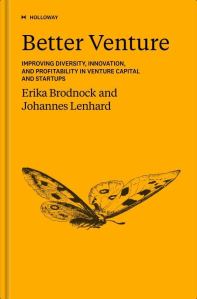 The volume of the EIC’s slave cargo was another distinguishing factor in its methods of trade. Despite the fact that the slave trade might be a successful enterprise — in the Atlantic, the average rate of return for investors was approximately 9% — slave voyages were nonetheless high-cost ventures. In addition to the dangers posed by the sea in the 18th century, there was always the possibility of a slave revolt. While insurance for suppressing rebellions at sea did not cover losses owing to deaths caused by suppressing the rebellion if fewer than 10% of the enslaved cargo were killed, the insurance industry was established to spread these risks.

During the Civil War, enslavers expanded their operations aggressively to capitalize on economies of scale inherent to maximizing crops in America and the Caribbean, buying more enslaved workers, investing in better tools, and experimenting and iterating products to achieve optimal outputs. [ … ] Punishments rose and fell based on the demands of the market — the price of goods in the U.K. was directly correlated with the level of discipline inflicted on the enslaved to keep their work rates high.

To expand their operations and make more money, they needed more capital. So they took mortgages. [ … ]

A newly formed banking industry was used by enslavers to mortgage their slaves to finance the scaling of their operations. The bundling of these debts created bonds that are still used today, and investors were paid dividends from profits made on the mortgaged enslaved people.

“Decisions are made much more on ‘gut feel,’ and often, mirrortocracy (identity-based investing) wins out over meritocracy.” Better Venture

Today, this is called securitizing debt, and at the time, it ostensibly allowed global markets to invest in the business of slavery. State-chartered banks took slave-backed mortgages from plantation owners, bundled the collective debts into bonds, and sold those bonds to investors throughout the Western world. Thus, when owners made payments on their mortgages, investors received a return. Securitizing debt in this way became an incredibly efficient way of pumping global capital into the American slave economy at the time. Historians have shown that most of the credit powering the American slave economy came from the London money market.

Britain officially abolished the African slave trade in 1807, yet Britain and much of Europe continued to fund slavery in the United States until the 1860s. The total slave population in the Americas was around 330,000 in 1700, it was just shy of 3 million by 1800, and it finally peaked at over 6 million in the 1850s. Slave-backed mortgage bonds can be traced back to the U.K. recipients of slave-owner compensation payments. Reparations to the tune of £20M (approximately £15B in today’s money) were made by the British government and funded until 2015 by the British taxpayer to those “adversely affected” by the abolition of slavery.

The people who were compensated for the abolition of slavery were those who had been enslavers rather than those who had been enslaved. The proceeds of these compensation payments were then used to make investments in railroads, railways, and slave-backed mortgage bonds that provided significant returns and the intergenerational wealth that those associated with the enslavement of people indigenous to Africa and the Americas have benefited from ever since. In the early 19th century, one in six non-landowning British people derived their wealth from the slave trade.

Former slave owners and their descendants were prominent Bank of England directors throughout the 19th century. Merchants in the West Indian trade then evolved into bankers as they responded to the need for credit instruments to facilitate the flow of slaves and tropical produce. It would appear that the trans-Atlantic slave bubbles that were never allowed to burst conveniently provided wealth for the few.

This wealth went on to fuel the whaling industry and the Industrial Revolution, which has since filtered down into the wealth gaps that are still entrenched in society. Capitalism, and indeed the foundations of venture capitalism, began in brutality. Exploitation, plundering, and slavery enabled Britain and the fledgling U.S. to become the powerhouses in the global economy they are today.

To change, we need fresh flywheels

New flywheels are our best bet. As Tom Nicholas’s recent book on the history of the American VC industry notes, the founding fathers of venture capital were also connected to the big, white industrial families from the Rockefellers (the first money behind the extant VC firm Venrock in Palo Alto in 1969) to the Phipps and Carnegies (which spun out Bessemer Venture Partners in the early 1900s). Reproduction of wealth and power has since been at the heart of the industry, with some of the very early venture funds — Venrock, Bessemer, and Greylock among them — still operating and making money for these families today.