Hello and welcome back to Max Q. I hope everyone had a restful Thanksgiving with loved ones. As it was a holiday week, this is an abbreviated version of the regular newsletter, and I’m writing it on Wednesday, November 23. Before we get to the news, I wanted to give a heartfelt thank you to all Max Q subscribers. Doing this would be literally and figuratively pointless without you.

The spacecraft Orion made a historic fly-by of the moon last week, completing a key maneuver as part of its 25-day test flight. The spacecraft, which NASA hopes will eventually carry astronauts, was carried to orbit by the super-heavy Space Launch System during the rocket’s maiden flight earlier this month.

Orion’s journey is at the heart of the Artemis I mission. Artemis is the name NASA has given to its human spaceflight program to the moon, and (as the name suggests) this mission is the first in what the agency hopes will be many — up to four in this decade alone. But before we go about launching up astronauts, NASA is using this first mission to test the Orion capsule and ensure it’s safe to carry humans.

What does Thanksgiving weekend have in store for Orion? Well, quite a lot. Read more by clicking on the link above.

Orion is due to make its splashdown to Earth on December 11, and that will be the capstone to the mission. During the return to Earth, NASA engineers will carefully monitor the performance of the heat shield and other critical components on the spacecraft. Once the capsule lands in the Pacific, it’ll be fished out and returned to the agency for further inspection. 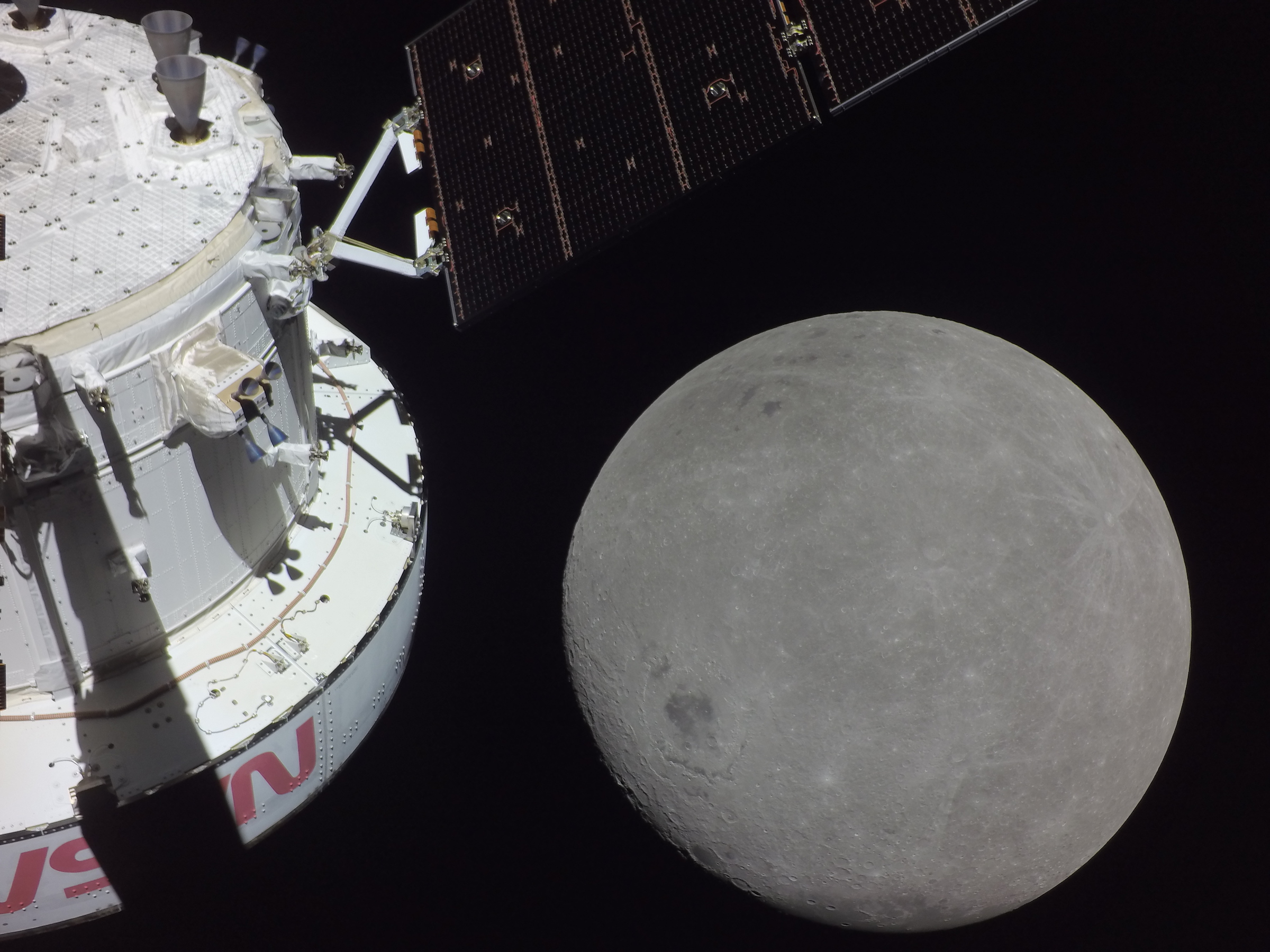 Orion took this selfie when it was just 81 miles above the lunar surface. Image Credits: NASA

We’re offering to Max Q subscribers free tickets to TechCrunch’s in-person space event. Find out more about the event and get your free ticket by clicking here.