Back in 2015, Google launched an open source port of its internal automation tool for building and testing code. Dubbed Bazel (because the internal tool was called Blaze), the service uses a Python dialect to help developers write their rules and macros. Today, the tooling is used by companies ranging from Adobe to Databricks, Dropbox, LinkedIn and Redfin, so when the lead developer of Bazel at Google, Ulf Adams, and the lead of enterprise customer onboarding for Bazel at Google and co-creator of BazelCon, Helen Altshuler, raise new funding for their Bazel-centric startup EngFlow, it’s probably worth paying attention to. 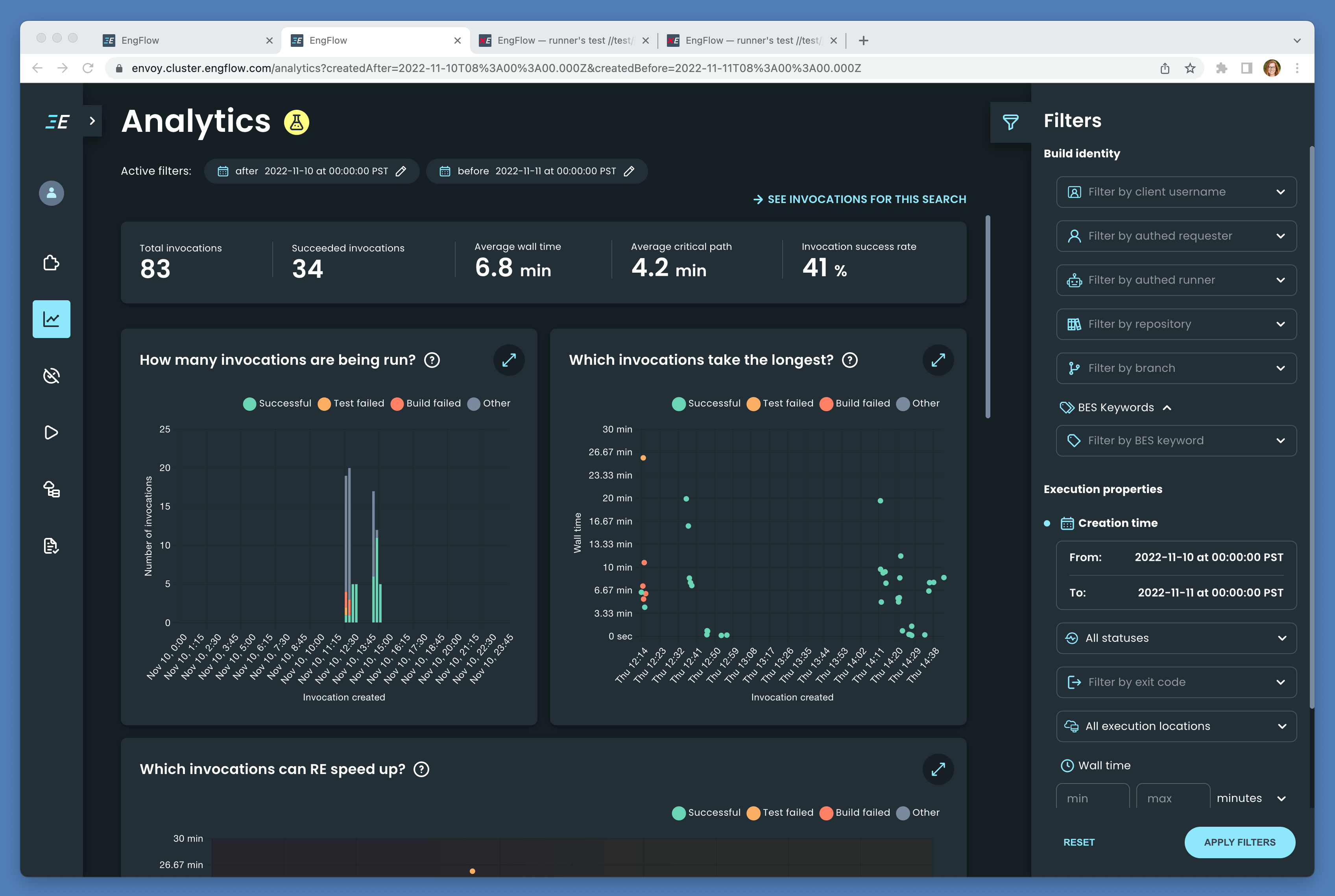 EngFlow describes itself as a “build acceleration company” that helps its enterprise customers more efficiently build and test their source code, with support for Bazel, Chromium and the Android Platform.

“When we are talking about Bazel use at Google, an important factor is that Google has integrated Bazel with a lot of developer services,” Adams said. “So it’s not just the build tool, but you have remote execution, you have a user interface, you have coverage runners for analyzing coverage data from the tests, you have integration with deployment, all of that stuff. We’ve been talking to Bazel users for four years and they are looking for these things. Sometimes we say that Google is a snowflake, Google is special, but we often see that other companies want to do similar things. And so we thought there was an opportunity there.” 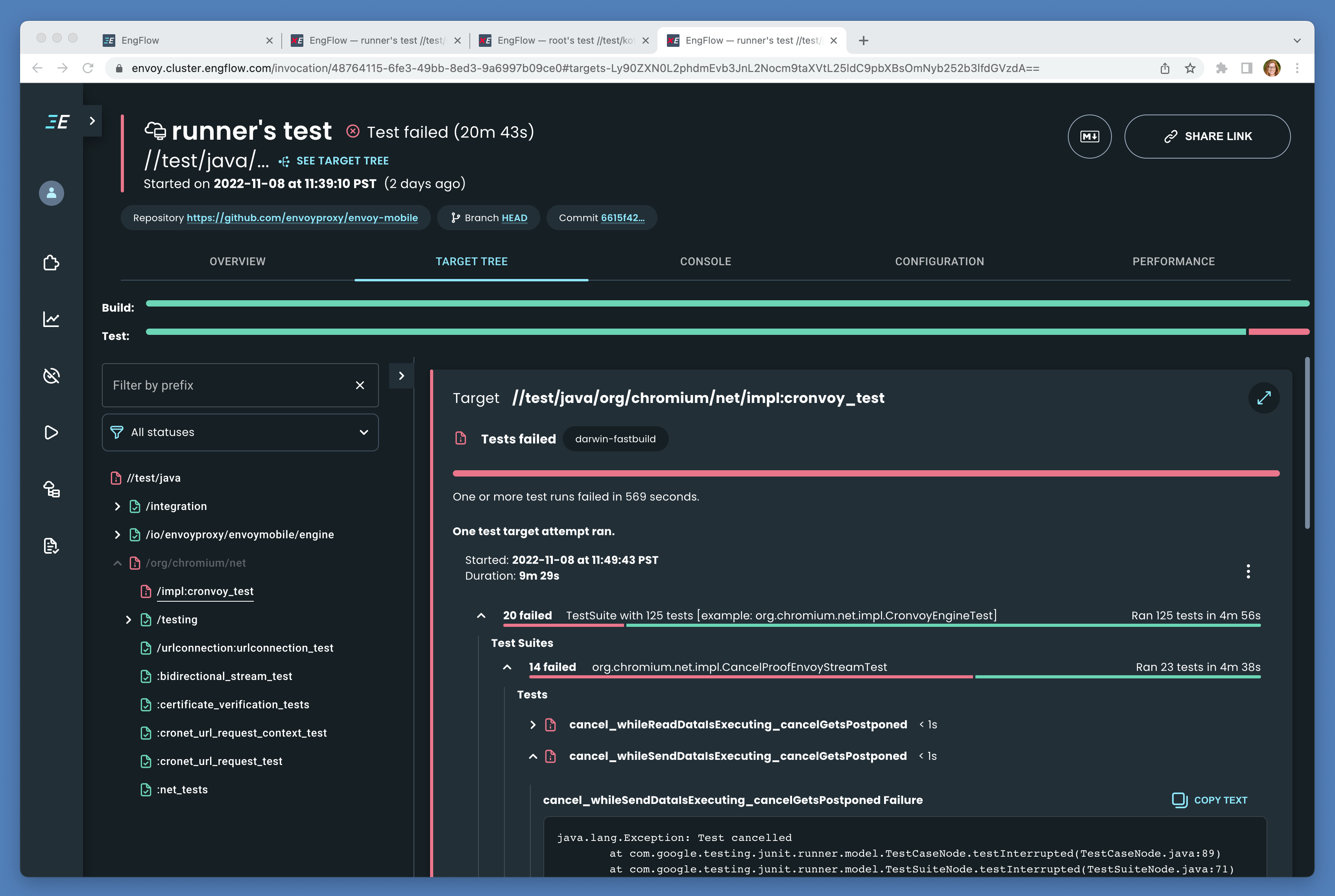 The team noted that a lot of new customers are migrating from Gradle or CMake to the service, so it’s maybe no surprise that EngFlow also recently hired Jay Conrod, the developer of the open source Gazelle tool for migrating to Bazel (and also a former Googler).

It’s worth stressing that while Bazel is a main focus here, the platform also supports Chromium and Android platform builds. Brave, with its Chromium-based browser, is a customer, for example. For Brave, EngFlow’s distributed build system brought build times down from two hours to 15 minutes. But still, Bazel is the main focus here and the team today also launched its Bazel Invocation Analyzer, a new open source tool that allows developers to get deeper insights into their Bazel profiles and optimize their builds.

“Build is one of the most critical aspects of building software. And traditionally it’s been a massive time and cost sink for companies to get right,” said Martin Casado, general partner at Andreessen Horowitz. “EngFlow is the leading company changing all of this. Coming from deep roots in Bazel and build, they’ve put together a solution which for the first time we’ve ever seen, is able to tackle the most complex code bases and large infrastructure environments and offer dramatic savings in development time and costs. These aren’t mere words, EngFlow has extraordinary customer traction across a number of verticals, far more than we normally see at this stage. We’re delighted to be investors and doubling down as EngFlow continues their path as the leading build company.”

Given the popularity of taking Google open source tools and bringing them to the enterprise (hello, Kubernetes), it’s maybe no surprise that EngFlow isn’t the only startup in this space. YC-backed BuildBuddy, for example, also offers a Bazel-centric build system. Meanwhile, well-funded Gradle Enterprise offers support for Gradle, Maven and Bazel as part of its enterprise build tool.