Amazon has introduced a new price tier for Prime Video in India, making the on-demand video streaming service even more affordable as it races to court customers in the South Asian market where it competes with giants including Disney’s Hotstar, Netflix and Times Internet-backed MX Player.

The e-commerce group is offering the yearly subscription to Prime Video Mobile Edition, an affordable tier it introduced last year, at 599 Indian rupees, or $7.30. At this price, it’s the cheapest way to subscribe to Amazon’s on-demand video streaming service in the country.

The company said Prime Video Mobile Edition, which limits viewing to mobile devices and caps the video resolution at standard definition, has seen “an incredible response” from the Indian consumers and is an example of a “worldwide-first innovation.” It did not share how many individuals had subscribed to the mobile edition, however. The mobile edition, now available from Amazon Prime Video app and website, was previously sold through a partnership with a telecom operator.

Monday’s move further illustrates how streaming giants — all of whom have raised prices of their subscription offerings in the U.S., Europe, the U.K. and other developed markets in recent quarters — are employing a different strategy in India, the world’s second largest internet market.

Netflix lowered the subscription price in India late last year, cutting each monthly subscription tier’s cost by at least 18% and up to 60.1%. The price of its cheapest plan, Netflix Basic, which permits streaming on any device but caps the resolution at 480p, was revised to 199 Indian rupees ($2.4), down from 499 Indian rupees earlier.

Disney+Hotstar, which has amassed about 50 million subscribers in India and Southeast Asia, offers a yearly plan at 899 Indian rupees, or $11 in the South Asian market.

Hotstar has amassed over 161 million users in India who consume its mobile apps each month, compared to MX Player’s 78 million, Prime Video’s 28.1 million and Netflix’s 15.5 million, according to market intelligence firm Sensor Tower. With over 520 million monthly active users in India, YouTube remains the most consumed on-demand streaming service in the country. (An industry executive shared the data with TechCrunch.) 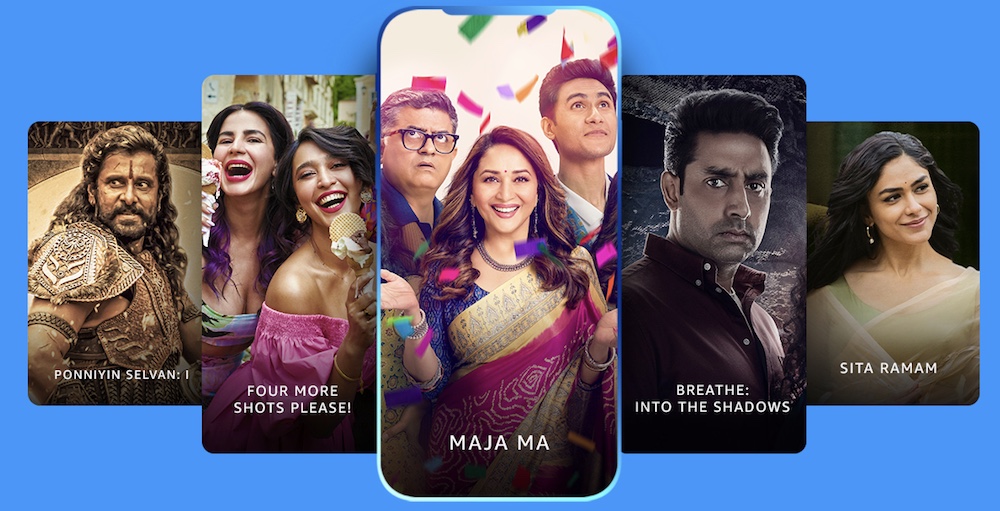 “India is one of our fastest growing and most engaged locales worldwide. Our success in the country can be attributed to innovations that are focused on creating an exceptional entertainment experience for customers,” said Kelly Day, VP of International at Prime Video, in a statement.

“In fact, India is turning into an innovation hub for Prime Video. An initiative like Prime Video Mobile Edition, that had its genesis in India, is now being rolled out across multiple countries in Latin America and South East Asia. We are confident that the new Prime Video Mobile Edition annual plan will further help accelerate the growth of our India business and give an even larger customer base access to the high-quality content on the service. With this launch we look forward to entertaining every Indian with our popular on-demand entertainment content and live sports.”