A new company from one of the original creators of the open source Node-RED project is setting out to make it easier for companies to bridge the gap between incompatible IoT ecosystems at scale.

Node-RED, for the uninitiated, is a low-code, visual programming tool developed inside IBM for connecting APIs, hardware and related assets that constitute the broader Internet of Things (IoT) — it’s all about enabling IoT developers to build applications at speed, while addressing the sheer number of IoT devices, manufacturers and protocols they have to contend with.

IBM transitioned stewardship of the project to the JS Foundation (a Linux Foundation project) back in 2016, and today it is used by organizations including Siemens, Hitachi and Bosch.

While Node-RED has been gaining traction within the industry, it has also faced challenges typical of many open source projects, vis-à-vis the time and resources required to deploy and manage Node-RED beyond small-scale or prototype projects — which is where FlowForge enters the fray with a commercial platform as a service (PaaS) that helps IoT companies run Node-RED at scale in production environments.

Via the FlowForge UI, users can spin up Node-RED instances in seconds and manage them all from a single pane, as well as monitor the health of their project. Moreover, companies can elect to use FlowForge’s hosting, centralized audit logging, security, role-based access control and more — basically, letting FlowForge take care of all the heavy lifting. 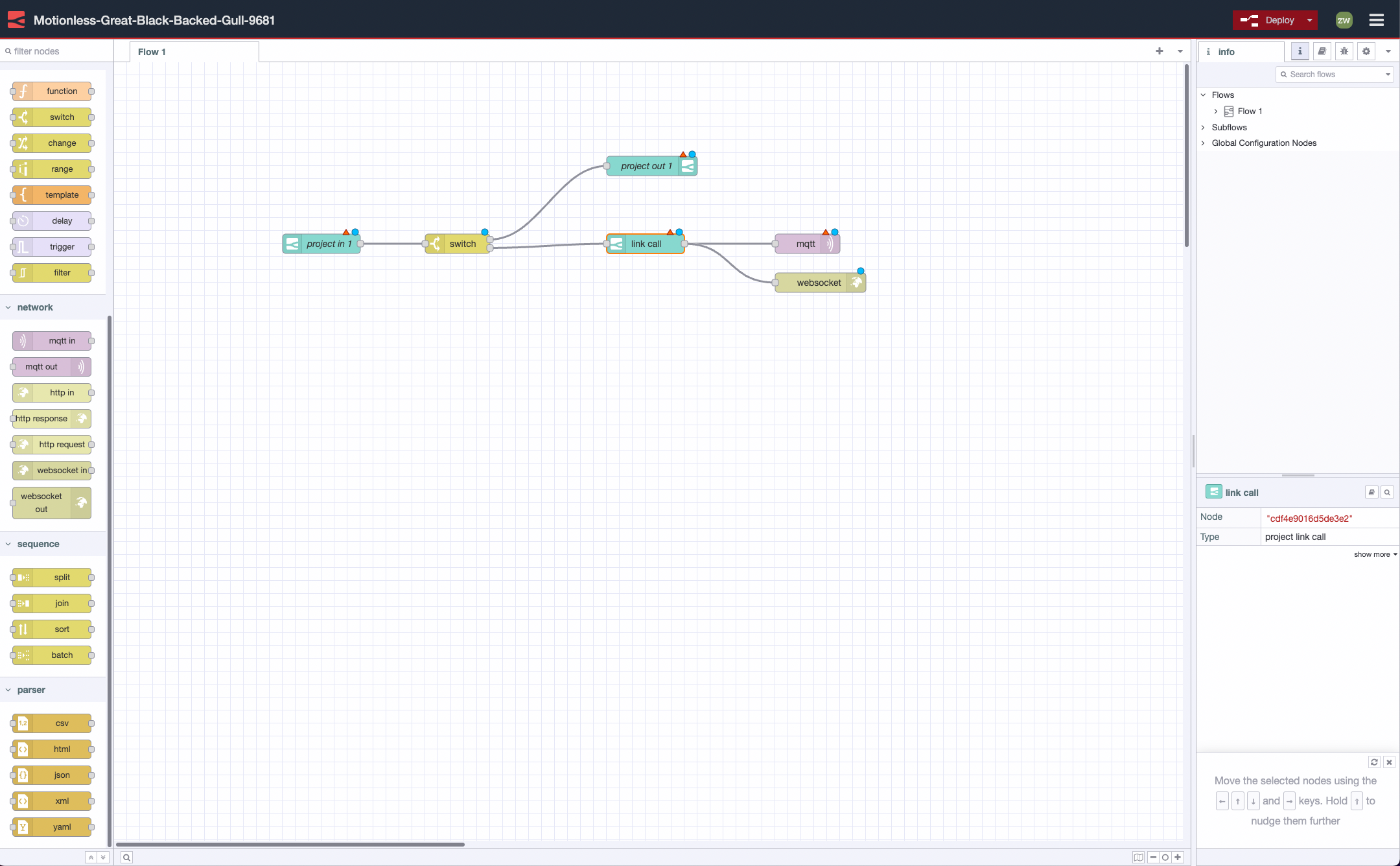 Founded out of the U.K. in 2021 by IBM’s former Node-RED lead and project maintainer Nick O’Leary, alongside early GitLab employee Zeger-Jan van de Weg, FlowForge has largely flown under the radar up until now. O’Leary told TechCrunch that the company has previously received some $2 million in funding from GitLab co-founder and CEO Sid Sijbrandij through Open Core Ventures to get the business off the ground. And to help take things to the next level, FlowForge today announced a fresh $7.2 million in financing from Cota Capital, Westwave Capital, Uncorrelated Ventures and Open Core Ventures.

While there are a handful of similar commercial players out there already, such as Krysp.io, Sensetecnic’s FRED and Prescient Devices, FlowForge is carving a path to market through adopting an open source ethos. Having Node-RED’s creator at the helm doesn’t hurt its outlook either.

“Building FlowForge as an open source platform means we complement the open source nature of Node-RED,” O’Leary explained. “Many people have come to Node-RED as an open source alternative to the proprietary solutions that are out there today. For customers of FlowForge, it gives them much more direct access to what we’re building. They can provide feedback on items they care about from the very beginning of the development process.”

With FlowForge version 1.0 fresh off the production line just last week, the company is now gearing up to develop bigger features, including collaboration tooling that will allow developers to work with each other in real time, a little like Google Docs.

“So far we have been primarily focused on getting the core platform in place,” O’Leary said. “With our 1.0 release, we are now at a point to start working on the features that will really set us apart. Collaboration has always been a less-than-smooth user experience in Node-RED. That’s something we want to address and are looking at more real-time collaboration options.”

With another $7.2 million in the bank, FlowForge is well financed to ramp things up, targeting companies across all industries and sizes.

“We see Node-RED being adopted by a wide range of companies, across many different industries and scales,” O’Leary continued. “We believe FlowForge will help solve problems faced by anyone wanting to take Node-RED into production in a well-managed environment.”