Dropit, a retail technology platform that bridges the digital divide by unifying merchants’ online and in-store inventories, has raised $25 million in a Series C round of funding.

Founded in 2014, London-based Dropit counts retail brands including L’Occitane, Abercrombie & Fitch and Estée Lauder as customers, in addition to shopping malls. At its core, Dropit is all about enabling brands to sell their in-store inventory online, essentially converting brick-and-mortar outlets into something akin to a local distribution hub — customers buy their goods digitally, with Dropit’s “smart sourcing” technology finding the nearest physical location to the customer that the goods are located, and dispatching accordingly.

So even if a brand or outlet already has online inventory for specific goods, Dropit brings their offline inventory into the mix and joins all the dots to expedite delivery and minimize the impact of shipping goods from further afield.

On top of that, a major selling point for retailers in shopping malls is that Dropit can also aggregate a mall’s entire brand network into a single online marketplace. This is particularly important at a time when shopping mall foot traffic has yet to fully rebound post-pandemic, as it means the mall stores can generate sales round-the-clock regardless of in-person visits, while also allowing customers to purchase from multiple outlets simultaneously. 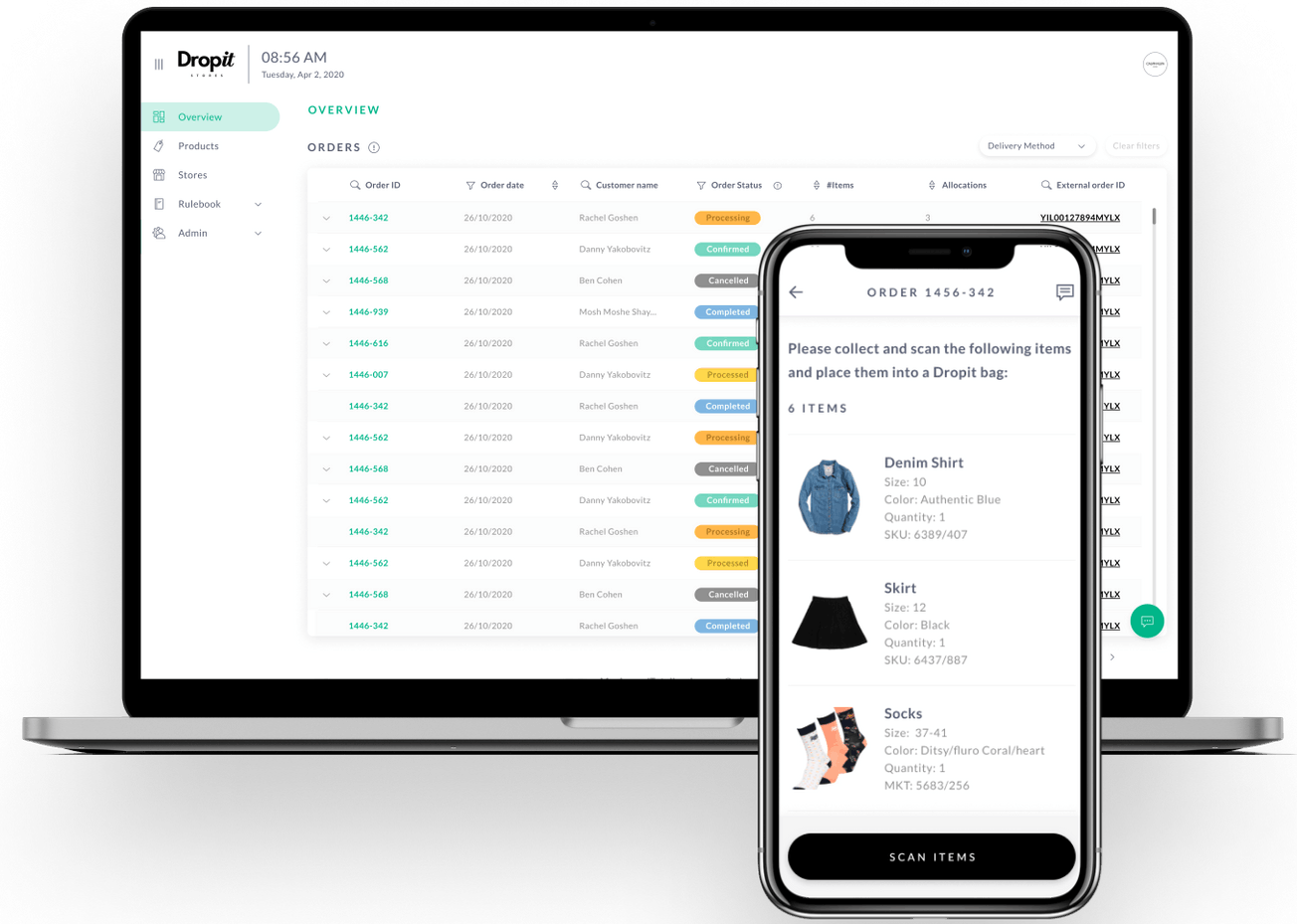 At the heart of Dropit’s platform are integrations — it can connect to any point in the sales or fulfillment chain, which is one of the reasons Dropit founder and CEO Karin Cabili says that it’s not in direct competition with any other in-house or external retail system, whether it’s Shopify or some other e-commerce platform.

“Dropit has set out to solve a macro problem created by the retail industry’s duplication of inventory and lack of ability to combine local store presence with last-mile delivery,” Cabili told TechCrunch. “One of our key strengths is unifying data and systems. In this effort, we have built integrations with many systems, including Shopify, which has done a fantastic job in the realm of e-commerce, creating a user-friendly platform that is recommended for SMBs.”

Through integrations with multiple third-party couriers, Dropit allows brands and malls to offer same-day or next-day shipping spanning in-store and online transactions, though curbside pickup is offered too. It also allows merchants to consolidate their deliveries and pickups to minimize split shipments.

“Dropit’s mission is to solve a core problem of efficient optimization for the retail industry, while taking care not to harm the level of service provided to the customer,” Cabili added. 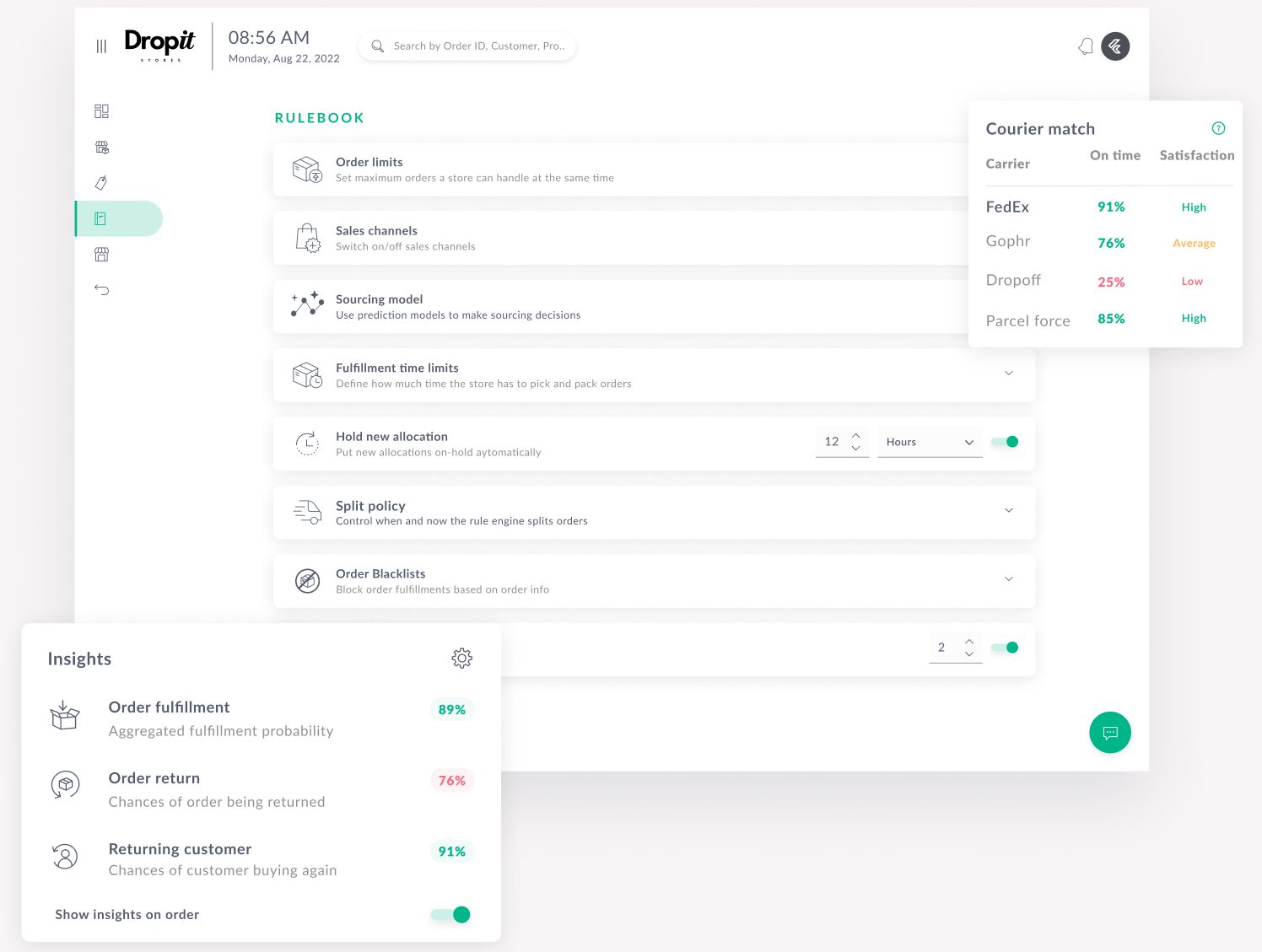 By way of example, a retailer wanting to use Dropit as part of its existing tech stack could deploy Dropit in between the order, warehouse, point-of-sale (POS) and e-commerce (e.g. Shopify) systems on one side, and the checkouts, payments and couriers on the other. The retailer can decide for themselves what value they want to extract from Dropit; for example, they may simply want fulfillment and capacity for pick-and-pack at a store, and curbside pickup or courier delivery.

“Dropit connects to existing systems to fill gaps without the need to invest any additional capital or technological resources,” Cabili explained.

It’s worth noting that in addition to powering the backend for retailers and malls, Dropit also offers a consumer-facing mobile app for shoppers that like to shop in person, but don’t want to carry bags around with them. So they basically search for participating stores through the app, shop as normal, but when they get to the (physical) checkout, they scan a little Dropit QR code at the outlet and select where they want their bags delivered. 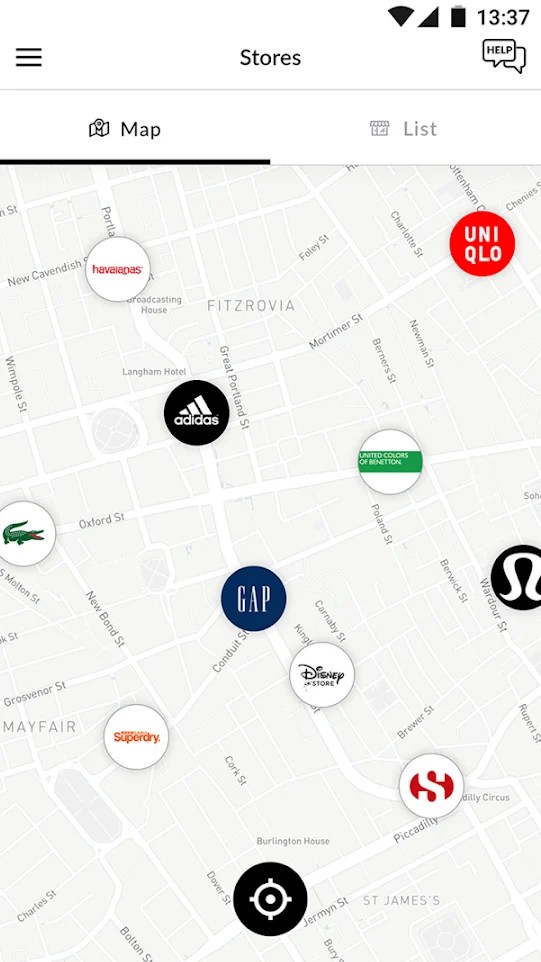 Since its launch six years ago, Dropit has been gaining steady traction across Europe and North America. And last year it was enlisted by Primaris in Canada to power Primarché, touted as the “world’s first multi-mall, multi-brand marketplace” — essentially, it brings Primaris’ national mall network into a single online entity. This separates Dropit from something like Mall of America (MOA) in Bloomington, Minnesota, which has created a similar online marketplace but for stores in a single mall.

Dropit had previously raised $25 million across two hitherto undisclosed rounds of funding in 2016 and 2018, and with a fresh $25 million in the bank, the company is well-financed to expand in its existing markets, with plans to grow specifically in the U.S., where it already has an office in Austin, Texas.

Dropit’s Series C round was led by Vault Investments, with participation from Tiga Investments, Axentia, Sugarbee and others, including former Macy’s CEO Terry Lundgren, who sits on Dropit’s board of directors.