The email is sent from a Gmail account, abd links to a Google Doc with another link to a Google Site, which lets users host web content. This is likely to create several layers of obfuscation to make it more difficult for Google to detect abuse using its automatic scanning tools. But the page itself contains an embedded frame from another site, hosted on a Russian web host Beget, which asks for the user’s Twitter handle, password and phone number — enough to compromise accounts that don’t use stronger two-factor authentication.

Google took down the phishing site a short time after TechCrunch alerted the company. A Google spokesperson told TechCrunch: “Confirming we have taken down the links and accounts in question for violations of our program policies.” 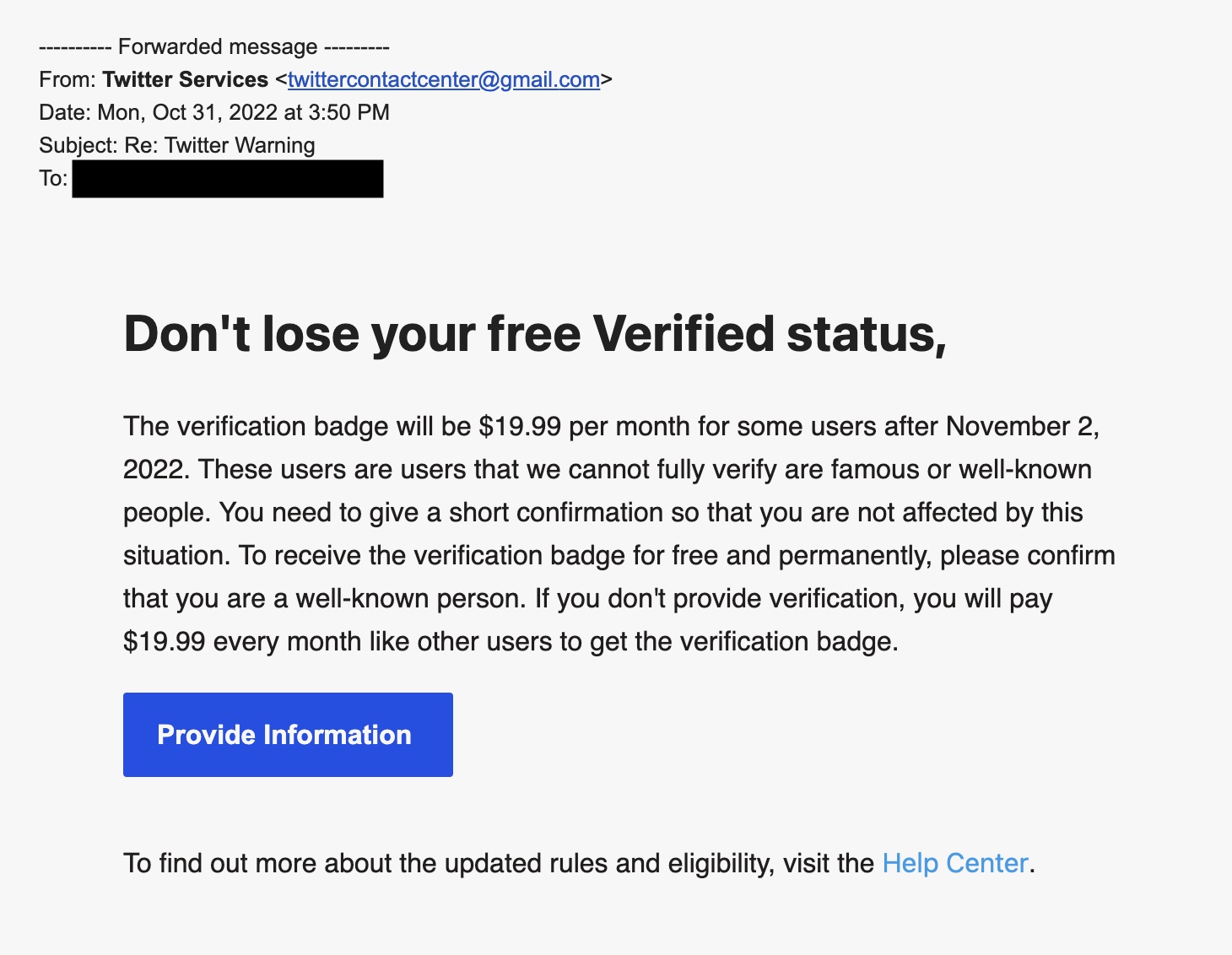 The campaign appears crude in nature, likely because it was quickly put together to take advantage of the recent news that Twitter will soon charge users monthly for premium features, including verification, as well as the reported possibility of taking away verified badges of Twitter users who don’t pay.

As of the time of writing, Twitter has yet to make a public decision about the future of its verification program, which launched in 2009 to confirm the authenticity of certain Twitter accounts, such as public figures, celebrities and governments. But it clearly hasn’t stopped cybercriminals — even on the lower-skilled end — from taking advantage of the lack of clear information from Twitter since it went private this week following the close of Elon Musk’s $44 billion takeover.

TechCrunch also alerted Beget to the phishing pages, which later pulled the offending domain from operation. A Twitter spokesperson declined to comment..