WhatsApp users in the city of Bengaluru can now use the instant messaging app to purchase train tickets and recharge their travel passes, the Meta-owned platform said Monday in what it described as “the first-ever QR ticketing service” for its app.

Available in English and Kannada, the chatbot allows commuters to purchase their single-journey transit tickets, recharge metro travel passes, check updated fare tables and view transit timetables. Commuters need to send “Hi” to the phone number +918105556677 to initiate their interactions with the chatbot. 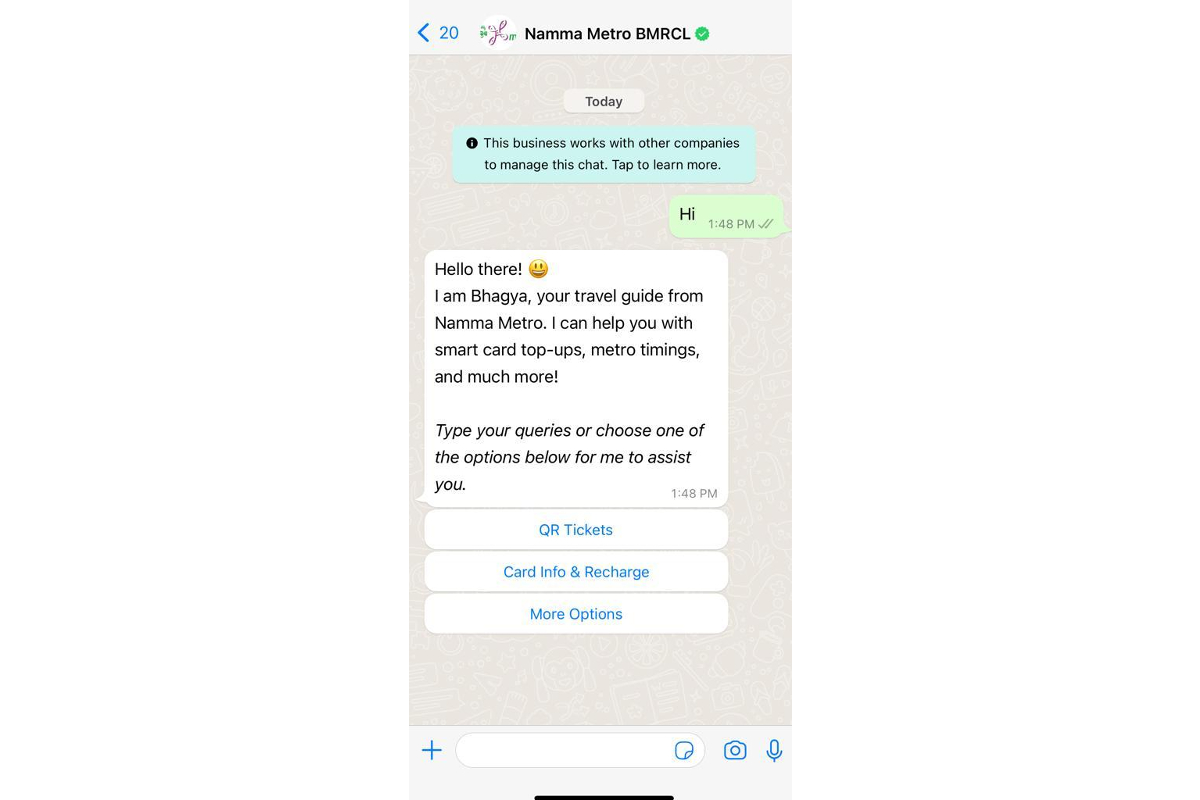 “This is yet another great example of how organizations across sectors, from the largest transportation service to the smallest retail business, can transform their customers’ experience using the WhatsApp Platform,” said Abhijit Bose, head of WhatsApp India, in a prepared statement.

WhatsApp users can make payments for their tickets and recharges using UPI after choosing their travel details on the app. The QR ticket, once generated, can be scanned at the terminal for contactless entry and exit.

“It is a proud moment for us as BMRCL becomes the first transit service globally to launch QR ticketing service on WhatsApp,” said A.S. Shankar, executive director (O&M), BMRC, in a statement.

WhatsApp considers India as its biggest market globally, with more than 400 million users. Earlier this year, the Meta-owned messaging service also got approval to extend its UPI-powered payments service to 100 million users in the country after a series of delays and setbacks.