Fair warning, it’s going to be a quick one from me today. I caught the thing again, roughly three months after the last time I caught the thing. They say, “third time’s the charm,” and I now recognize that they were referring to chest pain and a general light-headedness. Turns out it doesn’t get easier. Send soup.

With that in mind, consider this week’s Actuator a bit more on the housecleaning side of things (don’t we have robots for that now?). It’s more of a smattering of links to interesting stories from the past week, along with some that no doubt fell through the cracks last week, during Disrupt. If this is your first Actuator, sorry. Trying hard not to be sick this time next week.

Trend-wise (if a week of news can be referred to as such), I’m seeing a bit of a dip in robotic investment news, with university research rushing in to fill the vacuum. More than anything, the latter is most likely due, in part, to the school year being back in full force. Not that robotics researchers get the summer off, of course.

Before the fun stuff, let’s discuss potential slowdowns. As investor Kelly Chen noted on our VC panel at Disrupt, “On the less rosy side, I think the layoffs are yet to come. In an economic downturn, the customers will be less willing to be experimental, so they’re thinking about cutting costs and then economics just becomes so much more important.”

The list of “recession-proof” industries is short and doesn’t include robotics, despite being relatively unaffected by the drying out of VC funds. We’ve got a double-edged sword here. On one side, automation can help stave off some economic impacts at companies, if properly deployed. On the other, so much of the stuff we talk about here is so long-tail, it’s easy to see investors and others succumbing to very real short-term concerns. 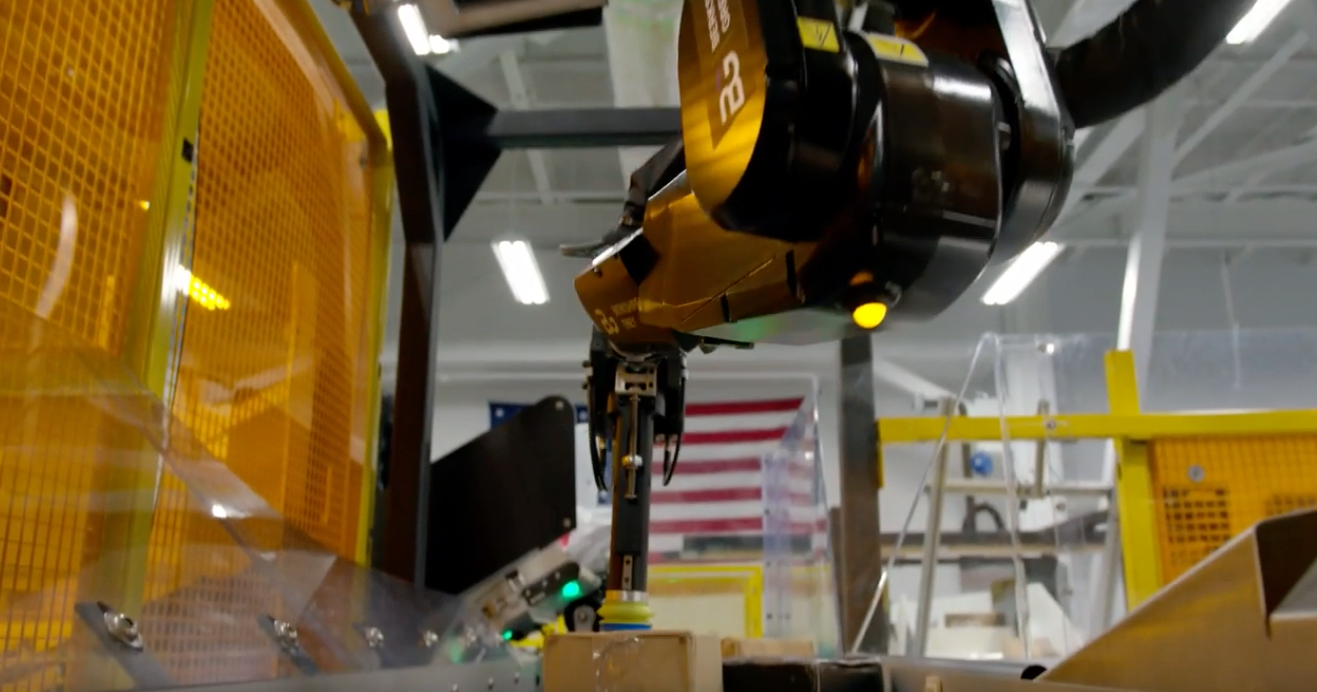 Obviously, none of this stuff should be painted with too broad a brush. There are so many different factors at play here. Berkshire Grey, which ran aground a stock dip following a 2021 SPAC deal, is an example of a company that recently “made some updates.” For its part, the firm is framing this as more of a correction than anything. BG won’t confirm how large those “updates” are, but they told TechCrunch:

We discussed on our Q2 earnings call that we’ve matured as a company, improved business operations, and know exactly where we need to focus and invest. We made some updates to our team back in August that were small but will help us focus on continuing to grow our business.

That news arrives as the company signs an “equity purchase agreement” with Lincoln Park Capital, which it tells me it’s done for the sake of “some added financial flexibility.” Per a release on the latter bit of news:

Under the terms and conditions of the Agreement, the Company has the right, but not the obligation, to sell up to $75 million of its shares of common stock to Lincoln Park over a 36-month period, subject to certain limitations. Any common stock that is sold to Lincoln Park will occur at a purchase price that is determined by prevailing market prices at the time of each sale with no upper limits to the price Lincoln Park may pay to purchase the common stock.

The company tells me:

These types of deals are common. The $75M commitment from Lincoln Capital allows us to access capital in an inexpensive, simple way that provides us with some added financial flexibility.

Certainly the overall market for fulfillment robotics looks to be robust. Given the current level of saturation in the market, however, I’d say it’s safe to expect the category to continue to transform for the foreseeable future. 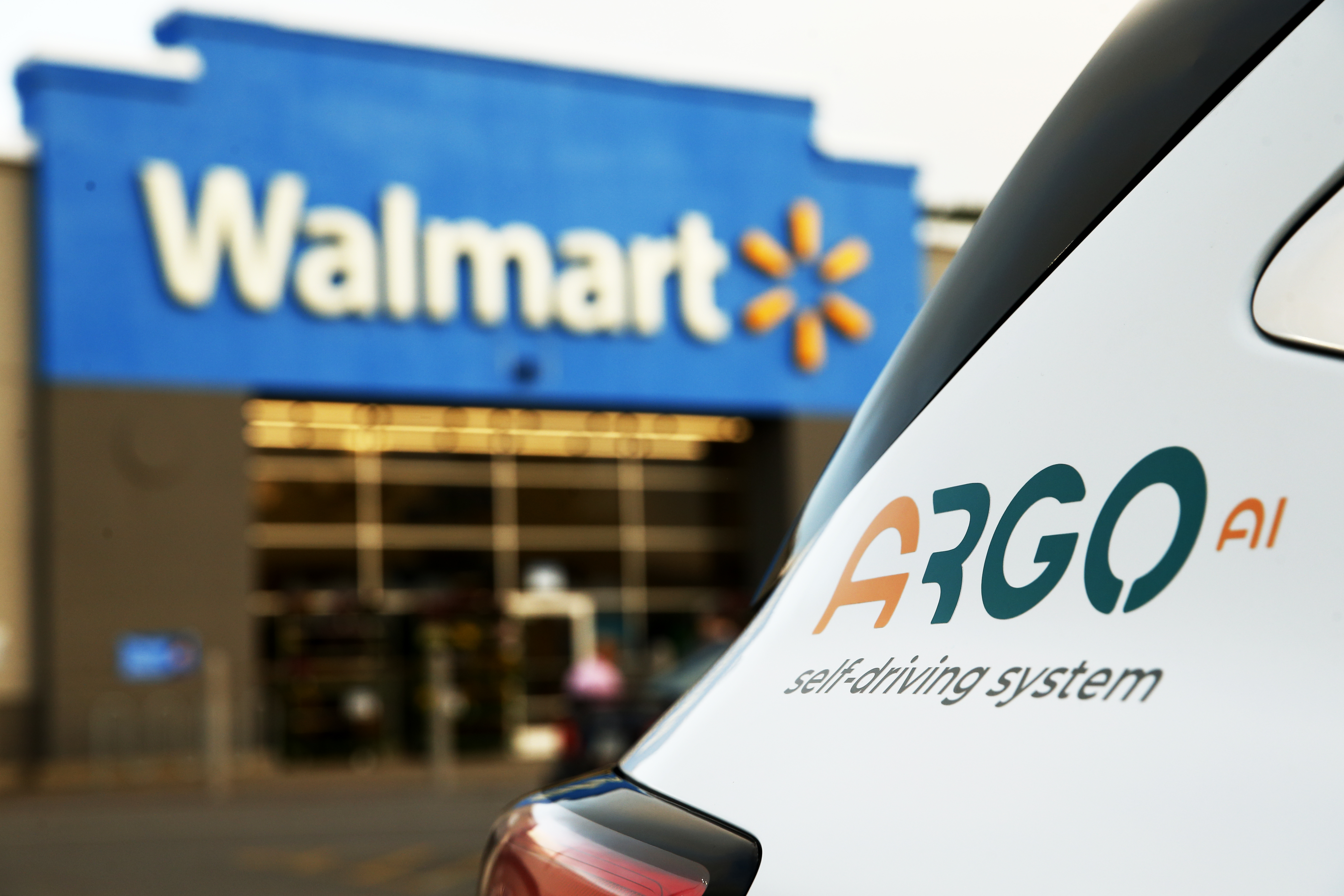 One other element worth pointing out in all of this is the human impact of automation. It’s here and it’s not going away anytime soon, but we can ease the blow as a society. Only if we actually choose to do so, of course. A Reuters piece notes the timing of Walmart’s move to lay off nearly 1,500 workers in fulfillment center roles in Atlanta, Georgia, following the acquisition of robotics startup, Alert Innovation.

It said the following of the move:

We’re converting the fulfillment center on Fulton Parkway to support our growing WFS (Walmart Fulfillment Services) business. As part of the conversion, the facility’s infrastructure, operational resources, processes, staffing requirements and equipment are being adjusted to meet the building’s needs.

I really need to stop leading with the bad news, right? I’m not sure tricking a kid into eating their broccoli is a good model for running a successful newsletter. I’ll get this stuff right eventually (and when I’m a bit less light-headed).

I’ve noted on these pages why I’m not yet 100% sold on humanoid robots (though I’m aware of some compelling arguments for them), but it’s always fun to watch different companies and laboratories take different approaches to the very real issues around real-world usage. The Institute for Human and Machine Cognition, in Pensacola, Florida, recently revealed a system it’s working on with Boardwalk Robotics (and an assist from Moog’s Integrated Smart Actuators) named Nadia.

The system was named as an homage to gymnast Nadia Comăneci and is being developed with funding from the Office of Naval Research, which has been behind a number of interesting robotics projects. IHMC notes:

The Nadia project, which has a three-year timeline, is intended to function in indoor environments where stairs, ladders, and debris would require a robot to have the same range of motion as a human, which can be particularly useful in firefighting, disaster response, and other scenarios that might be dangerous for humans. 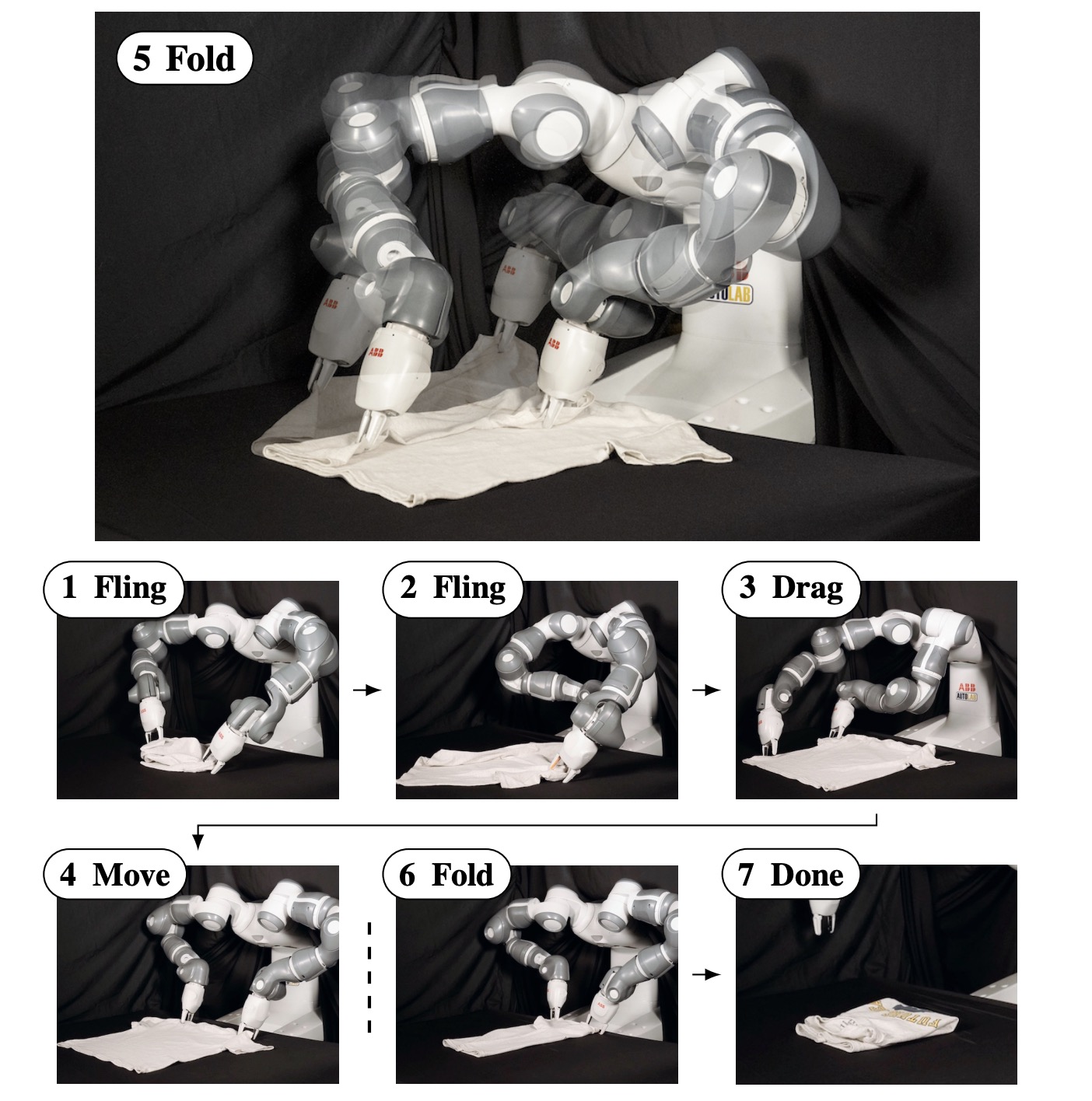 New(ish) breakthroughs in clothes-folding robots. The dual-armed system SpeedFolding system is capable of 30 to 40 FPH (folds per hour). Of the research, the team says:

Our primary contribution is a novel neural network architecture that is able to predict two corresponding poses to parameterize a diverse set of bimanual action primitives. After learning from 4300 human-annotated or self-supervised actions, the robot is able to fold garments from a random initial configuration in under 120s on average with a success rate of 93%. 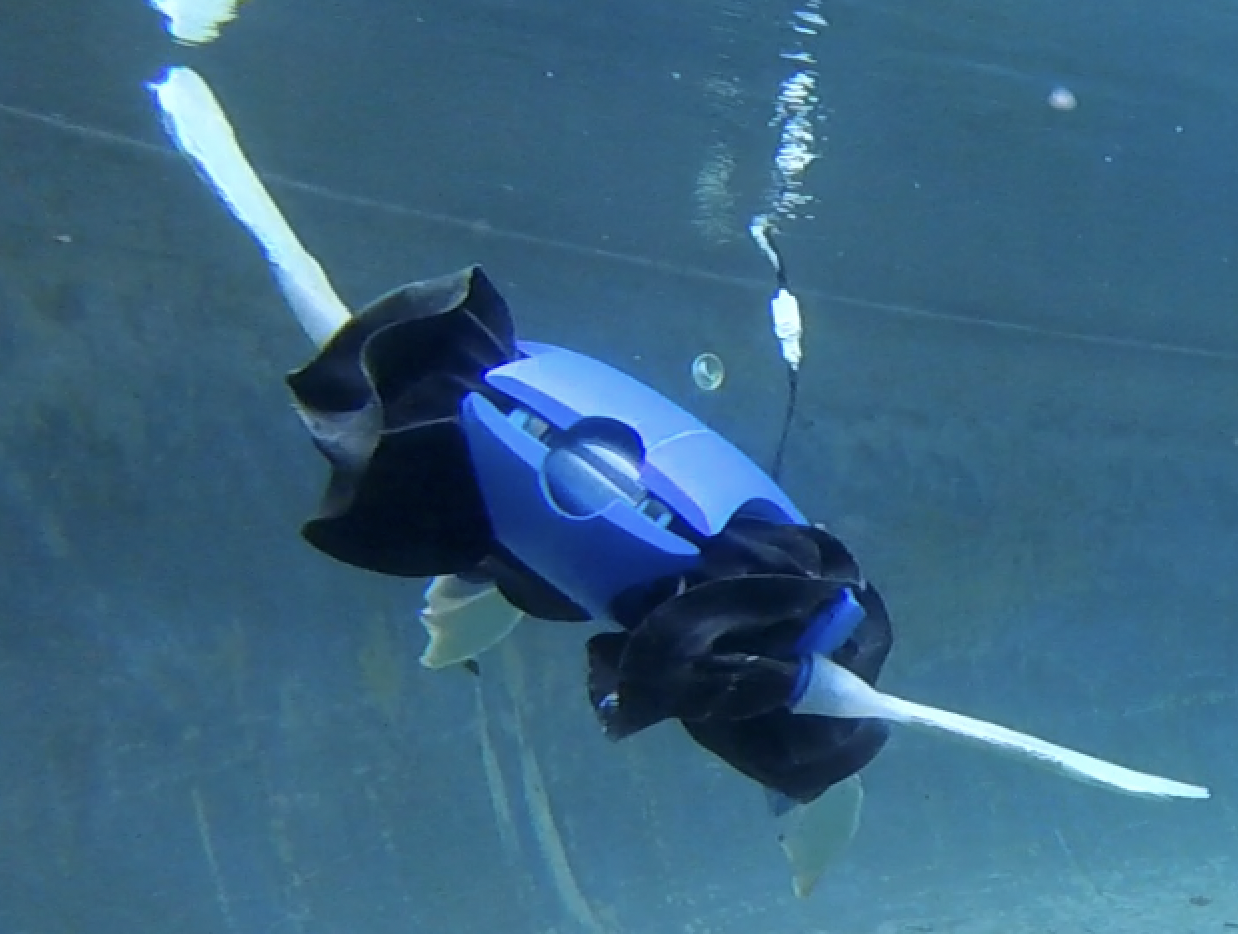 From researchers at Yale comes this self-adapting “turtle robot” (amphibious but not an amphibian, I suppose), which can use its flipper-legs to swim or walk on land. The team looked at the notion of “adaptive morphogenesis” to design a set of legs that are suited to both, courtesy of different configurations.

“Animals can’t adapt their physiology radically to change the way they move in their environment,” notes coauthor Robert Baines. “What if we could have evolution on demand?” 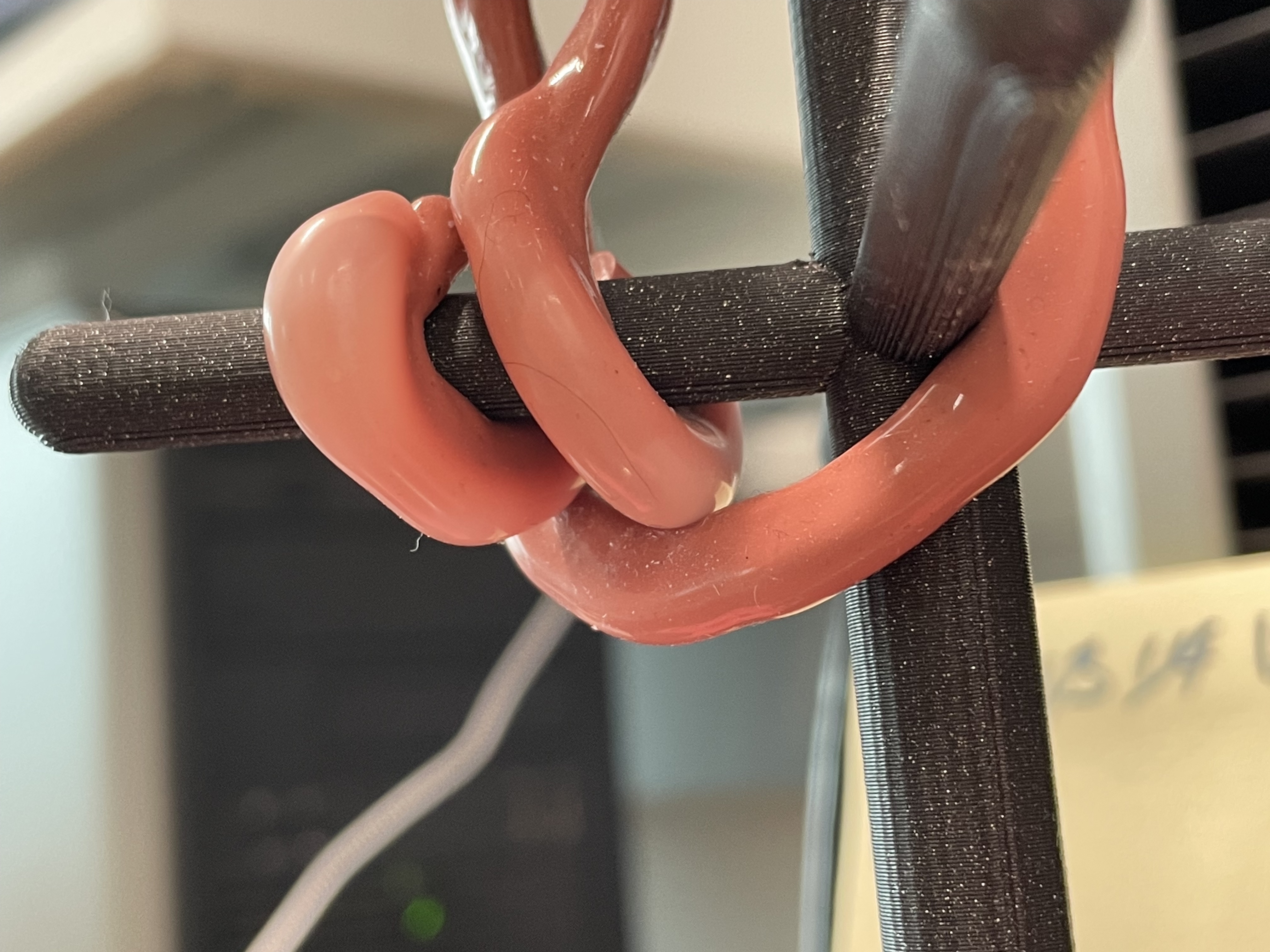 Lastly, Harvard delivers this tentacular grasper. The system takes the notion of soft robotic hands to the next level of biomimetics. This time out, the system is inspired by one of the ocean’s most oft-misunderstood hunters, the jellyfish.

“With this research, we wanted to reimagine how we interact with objects,” says first author, Kaitlyn Becker. “By taking advantage of the natural compliance of soft robotics and enhancing it with a compliant structure, we designed a gripper that is greater than the sum of its parts and a grasping strategy that can adapt to a range of complex objects with minimal planning and perception.”

Oh, I’m planning to be in Boston in early November. Hit me up on Twitter if you have a lead on a cool startup or research project. That’s it from me this week. See you on the other side.