On today’s quarterly earnings call, Meta founder and CEO Mark Zuckerberg was on the defensive when it comes to the company’s investment in the metaverse. Once again, the company lost more than $3 billion dollars to its Reality Labs division this quarter, and Meta’s net income took a big hit.

Since rebranding from Facebook to Meta, Zuckerberg’s company has gotten a lot of flack for its complete nosedive into the metaverse. But perhaps one of the most brutal moments came in August, when the CEO posted a selfie in front of a metaverse Eiffel Tower to celebrate the expansion of VR social platform Horizon Worlds into France and Spain. 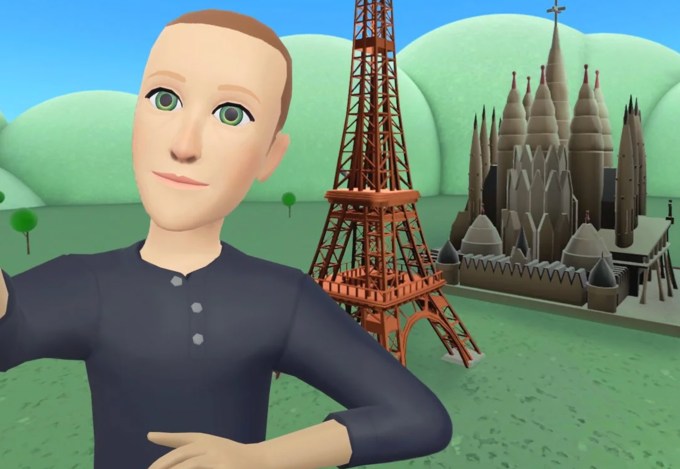 His selfie looked so bad that it became a meme, which he had to address by posting another mock-up of what avatars will look like in the future.

Clearly, Mark took the criticism to heart, as he brought it up again on today’s earnings call when an investor asked if Meta’s progress so far has lived up to his expectations.

“I know sometimes when we ship products, there’s a meme where people say, ‘You’re spending all this money and you produce this thing,'” Zuckerberg said. “I think that’s not really the right way to think about it.”

He continued, “I think there’s a number of different products and platforms that we’re building, where we think we’re doing leading work that will become… launching consumer products and then eventually mature products at different cadences, different periods of time over the next five to 10 years.”

Some of these consumer products include… legs.

He added that he thinks that the Reality Labs teams are making good progress, and that there’s no indication that suggests that VR and AR won’t be dominant technologies in the future. But he changed the way that he characterized products like Horizon Worlds, describing it as something that Meta is building out in the open and iterating upon in public.

“Obviously it has a long way to go before it’s going to be what we aspire for it to be,” Zuckerberg said about Horizon Worlds. “We think we’re doing some leading work there, but obviously we need to get that into the product and continue innovating on that.”

Still, Zuckerberg continues to project confidence that the billions of dollars Meta is pumping into VR is a good idea. “A lot of people might disagree with this investment,” Zuckerberg said. “But from what I can tell, I think that this is going to be a very important thing, and I think it would be a mistake for us to not focus on any of these areas, which I think are going to be fundamentally important to the future.”

Zuckerberg sounds a bit more human than normal when he points out that VR and AR are big opportunities for growth in the tech industry. But Zuckerberg’s vision for the metaverse — one in which we are constantly strapped into our headsets — remains a bit hard to swallow. The Quest 2 is actually a pretty cool piece of technology, and the next consumer-grade headset is sure to be even better. Already on the Quest 2 you can play extremely realistic Ping-Pong with friends from across the world and talk to them like they’re standing right next to you! But do we really want to spend our nine-to-five with a giant screen right against our eyeballs? Would we rather hang out in Horizon Worlds than grab IRL coffee with a friend? Not me, at least.

Meta will release a new consumer-grade VR headset next year