The funding environment may have changed in recent months, but startups with strong fundamentals are still able to raise. Merge, a startup that offers an API integration service with a focus on HR, payroll and accounting systems (among others), today announced that it has raised a $55 million Series B round led by Accel, with participation from existing investors NEA and Addition. With this, Merge has now raised a total of $75 million.

Talking about fundamentals, Merge also today announced that its ARR grew 30x in the past 12 months. Over 2,500 companies, including the likes of TripActions, Ramp, Drata, AngelList, Deed and Apollo, now use the service to integrate their SaaS apps. And while Merge didn’t disclose its current valuation, the company did say that its valuation increased by 4x with this new round.

“Our goal was always: If a company needs to build integrations, they would not even consider doing it in-house, similar to how most companies don’t build and maintain servers in-house,” said Merge co-founder Shensi Ding. “We’ve been making a lot of headway with additional category expansion across all existing categories and also landing bigger logos.”

Over the course of the last year, the company, which launched in 2020, expanded its integration support beyond the HR, recruiting and payroll systems it launched with to now support CRM tools, as well as project management and ticketing systems.

“We’re seeing existing customers expanding and adding more integrations and categories, but also new customers coming in attracted by the newer verticals,” Merge co-founder Gil Feig told me. “One of those verticals is generally the main selling point and they’ll buy some of the other ones as well — and then some people are coming in being like we need all of these from the beginning.” 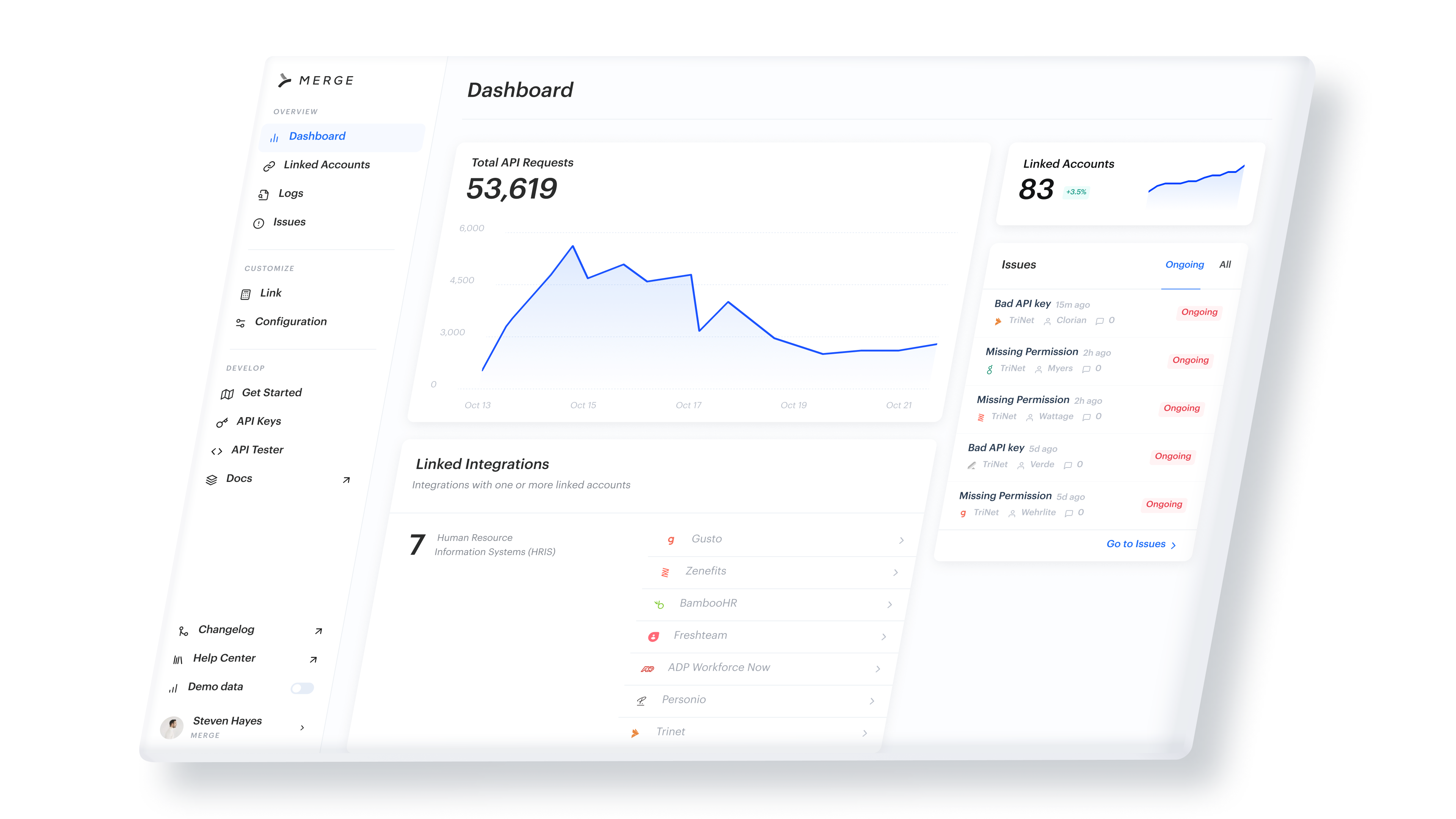 And while the company is starting to attract larger enterprise customers — in part because of its expanded list of supported categories but also its increased investment in its go-to-market organization — the Merge team is still betting heavily on small and medium businesses as well. For them, Merge is launching an expanded free tier this week. Under this new plan, companies can now offer integrations to their first customers for free before they have to transition to a flat monthly fee for the next 15 customers.

With offices in San Francisco and New York, Merge increased its staff from 15 to about 55 in the last year. In addition to expanding its go-to-market team and adding new categories to its Unified API, Merge also plans to expand its enterprise offerings, including an on-premise version.

“We’ve heard for years how difficult it is to build third-party integrations—doing so is difficult, costly, and impossible to maintain. Merge addresses this long-standing friction with ease, affordability, and a genuine understanding of what startups and enterprises need,” said Accel partner Ben Fletcher, who will join Merge’s board of directors. “It was impressive to hear from developers, product managers, and executives, the simplicity in how Merge solved such a difficult problem.”

Merge raises $15M Series A for its B2B integrations platform