Snapchat+, Snapchat’s $3.99 per month subscription plan, is today rolling out three new features to entice users to its paid service. The company launched the subscription tier in late June as it looked for more revenue during an ad spending slowdown. Since the launch, more than 1 million users have paid for the service, the company announced in August.

With today’s expansion, Snapchat+ will introduce new features that allow subscribers to have their Snapchat Stories expire at different intervals instead of 24 hours, add new camera color borders that appear when taking photos with the in-app camera and use different custom notification sounds for when a friend Snaps them.

The Stories expiration controls are the most notable of the new features. With the update, Snapchat+ subscribers will now be able to set Snaps on their Story to expire for either 1 hour, 6 hours, 12 hours, 24 hours, 2 days, 3 days or 1 week. This could help users better control how long they want certain content to be visible, which could also be useful for public figures and creators on the service. 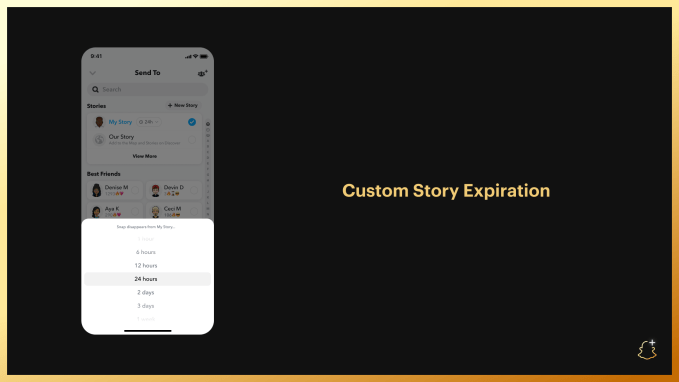 The customizable notification sounds, meanwhile, will be most useful to regular Snapchat users. These give Snapchatters the ability to designate different sounds for different friends so they can tell who Snapped them. Six new sounds have been added, including Alien Amulet, Bottle Pop, Fairy Glass, Log Goblin, Melody Beach and Mini Drop. Aside from the creative names, the sounds are convenient for users — especially for when you want to ignore Snapchat notifications from your ex by using the “Log Goblin” sound.

And as a more seasonal addition, Snapchat is also giving Snapchat+ subscribers three new exclusive Halloween Bitmoji backgrounds for the spooky season. New Bitmoji backgrounds include a haunted forest, a distressed black and white backdrop, and a haunted house. This follows another Halloween-themed launch of a new AR experience that lets users virtually try on and buy Halloween costumes. 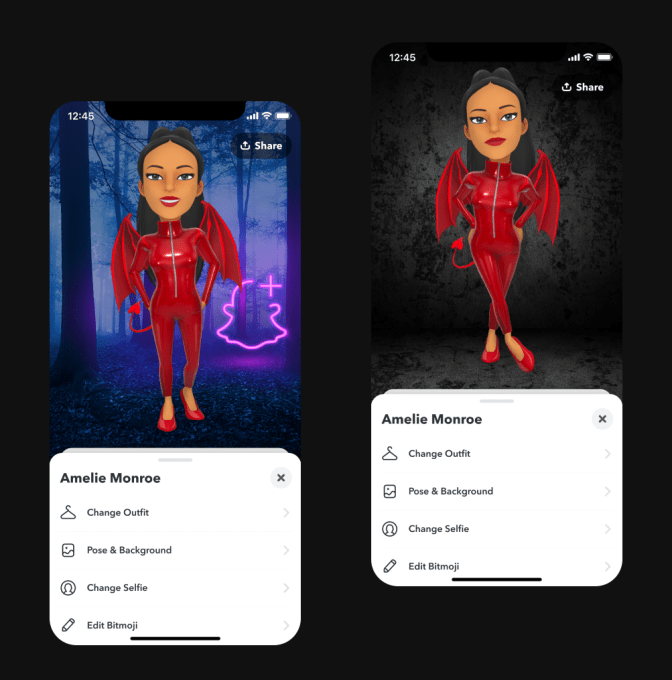 The company also told TechCrunch that, starting in December, Snapchat users would be able to gift their friends a Snapchat+ subscription within the app.